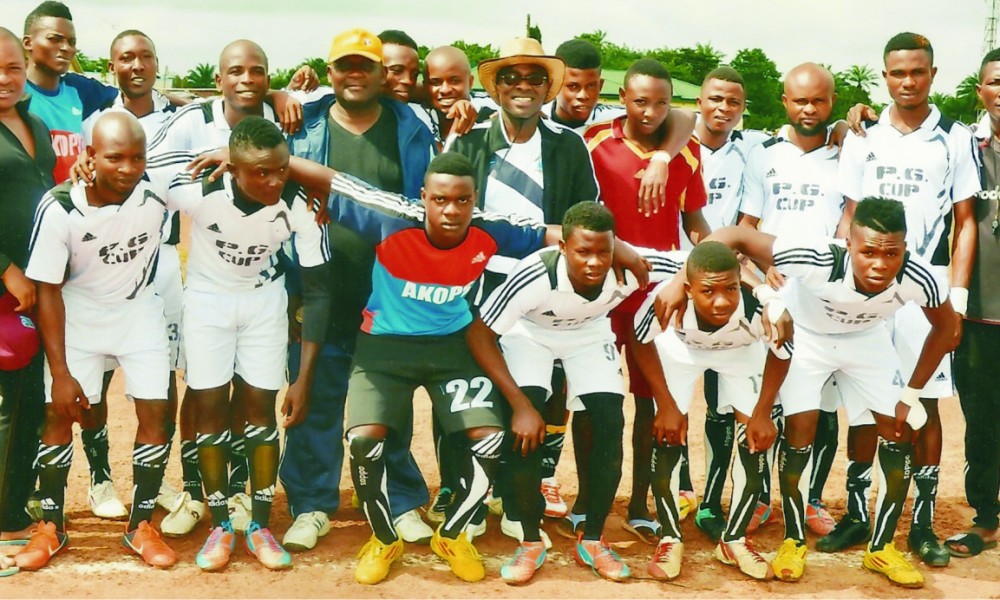 Amuvi Village emerged the winners of the 2nd edition of the President General (PG) cup. In a pulsating final which took place in the morning of Friday 19th September, at the Abia State College of Education Technical, Arochukwu (ASCETA), Amuvi Uda defeated Ujari Village by 7-6 after penalty shootout. Scores at the end of regulation and extra time stood at goaless.

The entertaining game saw both sides display high soccer artistry as they tried each other for size. After the centre referee signaled the commencement of the match, Ujari seized the momentum as its strikers raided Amuvi penalty area for an early curtain raiser. But Amuvi’s  defence stood its ground by thwarting every move made by Ujari team. Mid-way into the first half, Amuvi regained the momentum from Ujari and almost turned their opponents half of the field their camp. The situation remained the same until the referee sounded his whistle to signal the end of the first half.

At the commencement of hostilities in the second half, Amuvi continued from where it stopped as it mounted pressure on the Ujari team. Both goalkeepers had little to do as their defenders stood solid. The thirty minutes of extra time produced no goals as the centre referee brought hostilities to an end with ensuing penalties the only way to determine the winner. Both teams scored the first three of their five spot kicks, missing two each in the process. Three players each were selected from both teams and they all converted their kicks. Then ‘sudden death’ penalty kick was the only way to separate both teams. Ujari’s kick was saved by man of the match, Amuvi’s goalkeeper, who was carrying a gun shot injury. It was alleged that he was shot by unidentified persons from an opposing team few weeks to the commencement of the competition. After saving Ujari’s spot kick, the Amuvi goalkeeper took up the responsibility of taking his team’s kick which he calmly converted by sending his opposing goalkeeper the wrong way, and thus threw the crowd into wild celebrations.

The Abia State College of Education (Technical), Arochukwu – ASCETA –has announced the slashing of school fees by 50% for all intending students of Arochukwu ...