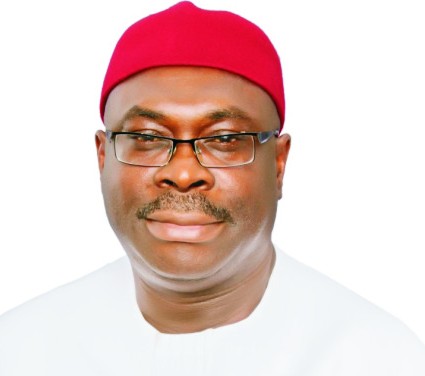 It was a night of glamour, finesse and a gathering of consummate Nigerians especially from the Nollywood and fashion industry on Saturday October 31, 2015, as the ZAFFA Global Award (Africa Films Festival and Academy Awards) for 2015 took place at the expansive hall of the Eko Hotel and Suites, Victoria Island, Lagos.

Amongst several Nigerians and foreigners honoured on the night include Sir Chikwe Udensi, governorship candidate of the Progressive People’s Alliance (PPA) in Abia State at the 2015 general elections and Chief Executive Officer of Sheiks and Bishops Ltd. Akudo was presented with a gold award for his contributions to the growth of art in Nigeria. He was ably represented by Barr. Chineneye Jigo.

Event compere Ali Baba in his usual elements kept guests reeling with laughter. Awards were presented by Nollywood stars and other persons to movie practitioners in different categories including producer, director, actor (male and female of the year) as well as film of the year which was won by Lancelot Imaseun’s Invasion 1897, while the life time achievement award went to Pete Edochie.

It is the first time the event will hold in Africa. It was sponsored by the Nigeria Television Authority (NTA).
There was musical interlude with several artistes performing as well as fashion parade by Zizi and TLC Signatures.

ZAFAA Global Awards honours indigenous African films and actors with various categories of awards. It is an annual event which has been staged mainly in London since its inception.

Lagos State governor, Akinwumi Ambode, was ably represented by a member of the state’s House of Assembly while the top echelon of NTA including its former Director General, Engr. Vincent Maduka and top management of the station graced the occasion.