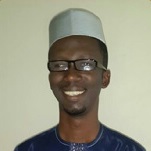 Henry Nwokike has emerged the national president of the Federated Arochukwu Youths Association (FAYA). In a keenly contested election, Nwokike defeated David Okoronkwo by one vote, 30 votes to 29 votes with 5 votes invalidated.

For two days, the 27th and 28th November, 2015, members of the union from thirteen branches converged on the city of Onitsha to elect officers who will pilot the activities of the union.

Four candidates indicated interest to succeed Mazi Alex Ikwuagwu as president of FAYA but Ernest Onuoha and Ike Ngwu stepped down with Ngwu mobilizing his supporters to vote for Nwokike. This singular act swung the election in Nwokike’s favour.

Abuja branch of FAYA had had written a petition against Ngwu, and this may have informed his decision to step down for Nwokike (Home branch) in a bid to stop David Okoronkwo who is of Abuja branch.

Ngwu’s stepping down after a meeting, came as a surprise to many. He had been tipped to emerge victorious but had a change of mind at the last minute. His sacrifice was Nwokike’s gain as Okoronkwo would have won if all three ran for the election.

The post of Chief Whip is vacant as nobody indicated interest in the position.