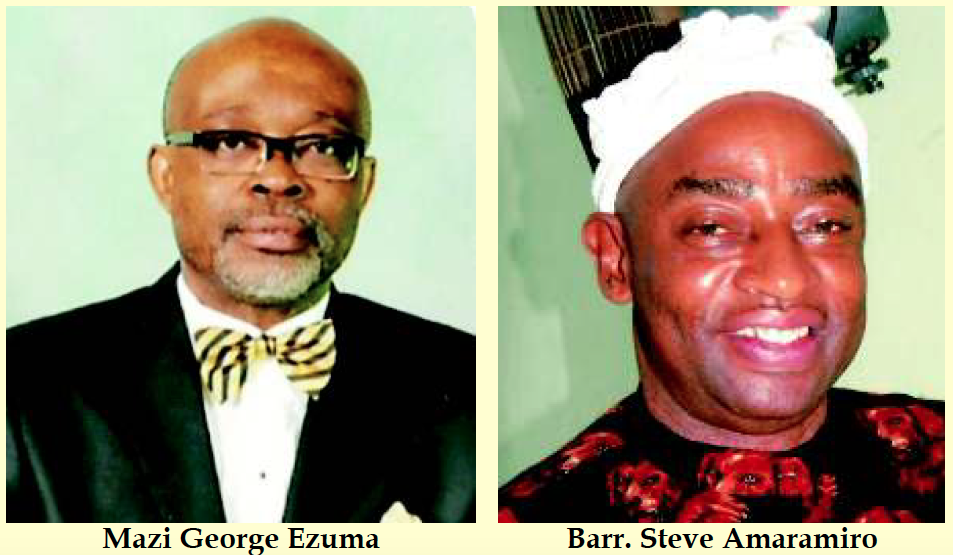 On Saturday March 26, 2016, Ikom Aro who are members of the umbrella union of the community – Nzuko Arochukwu – will converge on the ancient kingdom with one major agenda: elect a new team that will pilot the affairs of the union for the next three years.

As the current administration winds down, the community has been upbeat with politicking since the middle of last year, as interested candidates have been showing interest in various positions they want to occupy.

However, the position that has raised the most interest thus far is that of the president general. So far two candidates have emerged as the front runners for the post. They are Mazi George Ezuma (Ugwu Aro) and Barr. Steve Amaramiro (Ikemba). The latter is incidentally the incumbent first Vice President General of the union. While George is of Abuja branch, Steve is of Umuahia branch.

In the thirty-five years history of the union, four of its past president generals came from Lagos branch while one was from Umuahia branch. Other candidates who had at one time or the other shown interest in the position include Engr. Otumchere Oti (Ugwu Aro), who, according to feelers, has not given up the bid for the top post from Abuja branch, Mazi Ernie Onwumere, current Secretary General of the union, Dr. Joyce Nkemakolam and Mazi Emmanuel Kanu (Jideofor), all of Lagos branch.

To show the importance attached to the race, George Ezuma Campaign Organisation was inaugurated in 2014 with Mazi Julius Imuoh as its Director General, for better coordination of the team’s activities. It held several strategic meetings in Arochukwu, Abuja, Owerri, Umuahia and Enugu to finetune its strategies.
Apart from the interest shown in the post of President General, many have shown interest in other positions. They include Sir Dozie Udeni of Owerri branch for first Vice President General; Mazi Anicho Okoro of Abuja branch for Secretary General; Mazi Eugene Okey Imuoh (Flt Capt.) of home branch for Publicity Secretary General etc.

Wherever the pendulum of victory swings and whoever emerges as the union’s next helmsman will have a herculean task on his desk.

It is not in doubt that the outgoing administration had its challenges with many of them unresolved. For instance, the issue of the women’s wing of the union which has been embroiled in a leadership crisis since 2013 and other issues rearing its ugly heads in the kingdom need to be tackled decisively by whoever emerges PG at the end of the contest.

Be A Lifesaver: Learn CPR

Cardiopulmonary resuscitation (CPR) is a procedure to support and maintain breathing and circulation for an individual who has stopped breathing (respiratory arrest) and/or whose heart ...