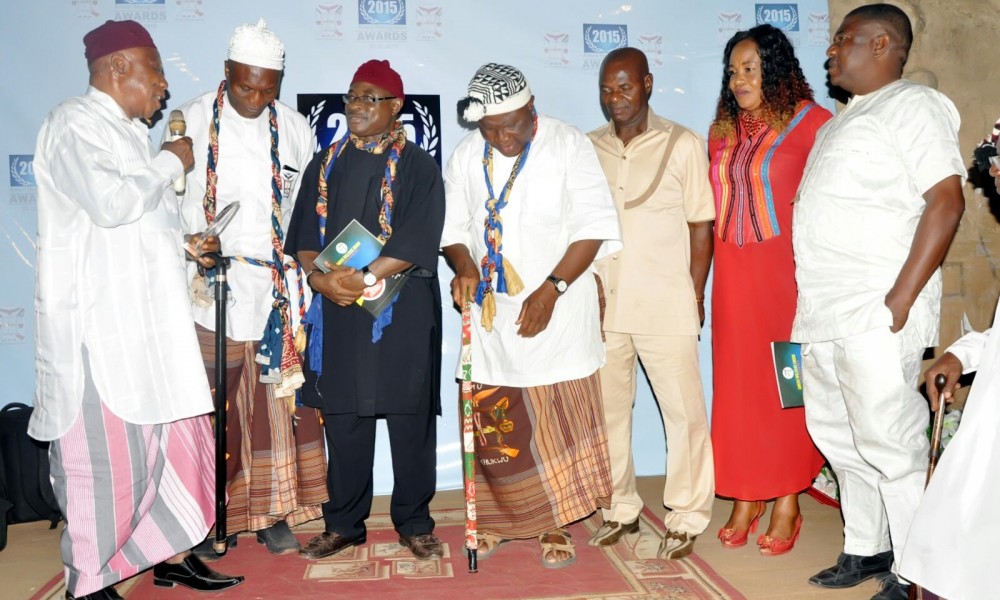 Branches of the town union nationwide were represented by their members who came out in beautiful attires to grace the occasion amidst cheers and jubilation, as they danced joyfully to their stands at the venue. Cultural dances were there to entertain invitees from parts of the local government area and beyond. The scene was a mini-carnival as the stage was set for commencement of the ceremony.

In his address, chairman of the organizing committee, Mazi Tony Ochiabuto, stated that the occasion was an opportunity for the people to interact among themselves in the spirit of love and unity, for the development of the community. He explained that the event was packaged by the National Executive Committee (NEC) of the town union, a departure from the previous arrangements whereby branches took turns to host.

Ochiabuto further stated that during the ceremony, selected individuals in the community would be recognized for their contributions to the development of the village, as well as launching to raise funds for the reticulation of NDDC bore hole water to homes in the village, rehabilitation of roads, and restructuring of the civic centre complex. He appealed for general donations for the execution of the projects.

Also in his address, President General of the town union, Mazi Ben N.D. Ume, stressed that the national executive committee of the union took over hosting of ‘Amuvi Day’ from branches to ensure financial probity, accountability and due process in the vitalization of funds raised at such occasions. He explained that ‘Amuvi Day’ was initiated to express gratitude to Almighty God after a long period of instability, rancor and bitterness among the people, which, according to him, adversely affected and stalled the development of the community. He nonetheless expressed delight that peace, which eluded the community for so long, has finally been restored, and thanked the various peace committees, the youths and women for the achievement of peace and solidarity. He, however, cautioned against selfishness and short sightedness, which could scuttle or block development of the community again.

Ume pointed out that recipients of the award were selected on their merit, assuring that those who were not favoured in the exercise could be recognised in the next round of the programme. He commended two illustrious sons of the village, Messrs Chima Nwakanma Okoro, for donating a building and Toyota Hilux van to the Nigeria Police for the establishment of a police post in Amuvi village, and Architect Augustine Onwuchekwa for erecting bumps on the major road to check excessive speeding by motorists and Okada riders. He announced the donation of N400, 000 by an anonymous indigene for indigent students in the community, adding that steps were being taken to select suitable candidates for the award.

The President General warned branches against flouting the constitution of the union in dealing with erring members, maintaining that no branch had the power to ostracize a member.