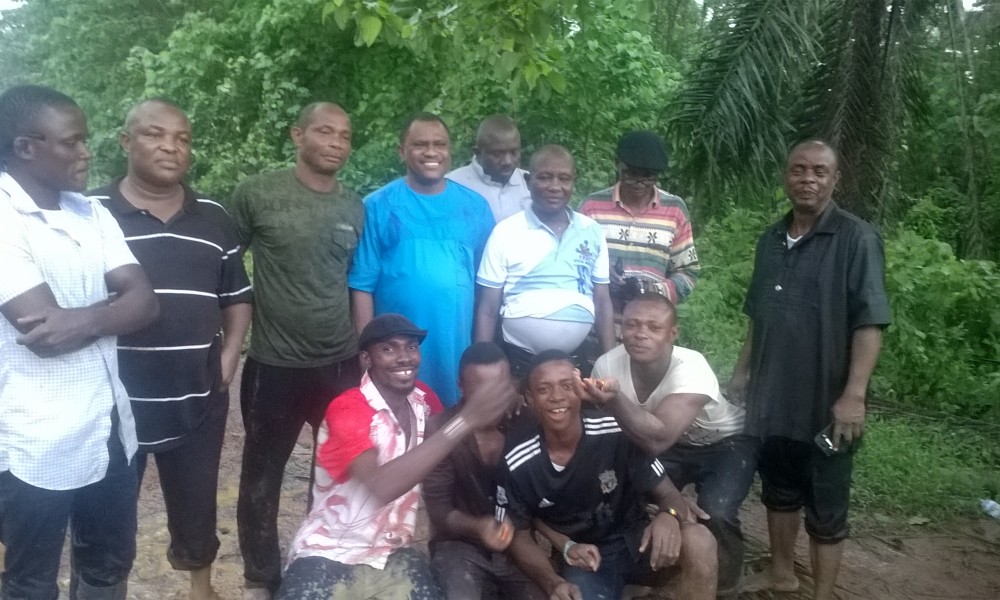 It rained cats and mouse as officials of Nzuko Arochukwu trekked barefoot for over 24 kilometers to inspect the ”Okobo ”.road. This decision was informed because of the deplorable nature of roads in and out of the ancient kingdom.

After its inaugural Central Executive Committee meeting held in Lagos on the 18th of June, the new Nzuko Aro under the leadership of Mazi George Ezuma decided to take the bull by its horns to raise funds to do pallative works on the road to enable road uses access the road.

Donations were made by umu Aro from all walks of life towards this noble gesture. While more donations are still being expected from Umu Aro at home and the dispora, a committee set up to inspect the road embarked on the journey on Saturday 26th June 2016. After the team parked its car, it hired motorcycles to convey them. From one bad spot to the other, the team alighted and continued the inspection by foot, with the motorcyclist struggling through the muddy road to meet up with the team.