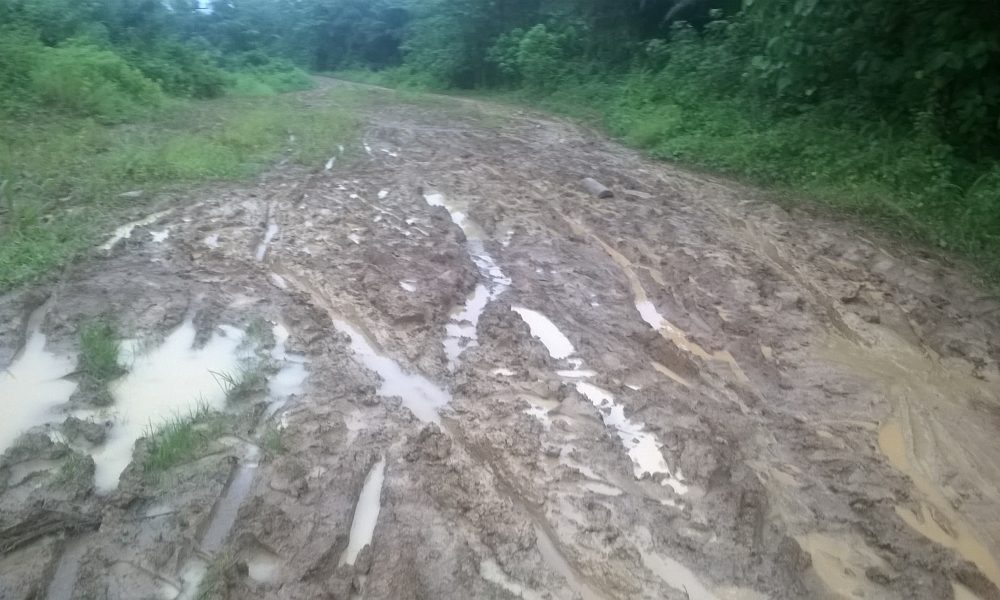 From 1985 till date, one road project has been ‘under construction.’ That road is the thirty-four-kilometre Ozuabam-Ndioji-Ndiokereke-(Amuvi) Arochukwu road. In that year, the military government of the then Navy Capt A A Madueke in Imo state had awarded the road construction to an indigenous contractor, Hapel, reportedly owned by an illustrious son of Arochukwu. Today, thirty-one years after, the road is still ‘under construction’ as handled by another indigenous contractor reportedly owned by some other sons of Arochukwu from the same village (Atani – as the first contractor): the contractor is still ‘handling’ the road project as we write. This has prompted the question many Aro people have been asking: when will this road be completed for use by the people of Abam, Arochukwu, Ihechiowa, Isu, Ututu and their neighbours in Akwa Ibom and Cross River states? Yes; when will this all-important road be completed? This is the time the contractor(s) and the government of Abia state answer the question.

The issue of bad roads in and around Arochukwu has been recurring and notorious, proverbial for ages now. There has been a saying that there is no easy route to Arochukwu! Yes; I started to hear this saying as a child-pupil attending Amuvi Community Primary School, Amuvi, Arochukwu, from the early 1970’s; and I have continued to hear it till today I am going nearer my grave in old age (when I am in the fourth phase of my five-phased life on earth!)

As a former civil servant, I had cause to hear officers say and threaten other officers with ‘if you mess up, I will send you to Arochukwu’ on many occasions. Yes, Arochukwu has always been regarded as a punishment ground for ‘erring’ and hated officers from the old Eastern Region, East Central State, Imo State and even in Abia state Public Service today! Yes; ‘if you mess up, I will transfer you to Arochukwu.’

But the construction of the Ozuabam-Arochukwu state-owned road has, since 1985, been entrusted in the hands of two indigenous construction companies owned by illustrious sons and daughters of Arochukwu (in fact, all from the same village!) Why is it that these Aro contractors have been unable to complete this 34-km road till today? Aros have been asking: Is it because these contractors have not been funded as to execute the road project that will benefit their people; or that they have decided to ‘behave like Ndi Aro’ they are in this regard? While Navy Capt Temi Ejoor (as the military administrator of Abia state under the military regime) had declared at Baraki (during a visit to Arochukwu) that Abia state government had paid the contractor handling the road construction all the contract sum to the last kobo, the current government of Abia state had promised the road would be completed by December last year under the present contractor!

According to Aro respondents on the issue, there is every need to complete the road now. Today, any person who has a need to visit Arochukwu must be prepared to ply through bad road net-work – wherever he wants to travel through! The Ohafia- Arochukwu road could go for the worst road in Nigeria today! I don’t think any other road is worse than that throughout the country. If the construction of the Ozuabam-(Amuvi) Arochukwu road had been completed by now, travelling to Arochukwu from that axis would have been the best and easiest.

On Saturday, 27 February, 2016 when the correspondent travelled through the road to Arochukwu on a Clean-up Day in Abia state, the bus driver did the journey from 07.30 am to 08.33 am – just one hour from Umuahia! Yes; if he had driven through Umuahia-Uzuakoli-Igbere–Abiriba-Ohafia-Ihechiowa-Ututu axis, it would have taken three good hours for us to arrive at Arochukwu that day!

So, the Aros want to know why the construction of this road that started in 1985 as handled by two constructing firms owned by sons and daughters of Arochukwu has yet to be completed thirty-one years after. Could it be the case of a hen messing up her roost and nest; or that the state government has not funded the project as expected?

Whatever is the case, the Aros say they want to know to avoid blaming those who are not blame-worthy; or, on the other hand, to hold their son-contractors responsible for the sufferings they have been encountering all these years for this reason. The earlier the explanations are given, the better as ‘we have suffered enough,’ according to one respondent on the issue.

The recent move by the Nzuko Arochukwu to commit as much as four million naira to ‘patch’ the road so that it becomes passable throughout the dry and rainy seasons is also a most welcome development (as announced by Pacesetter FM, Umuahia after the post-election meeting of Nzuko at Lagos in June.) Let the project not go the usual ‘Aro way;’ let the amount be fully spent on the project as ear-marked. That will definitely help out, according to Ben of Obinkita village.