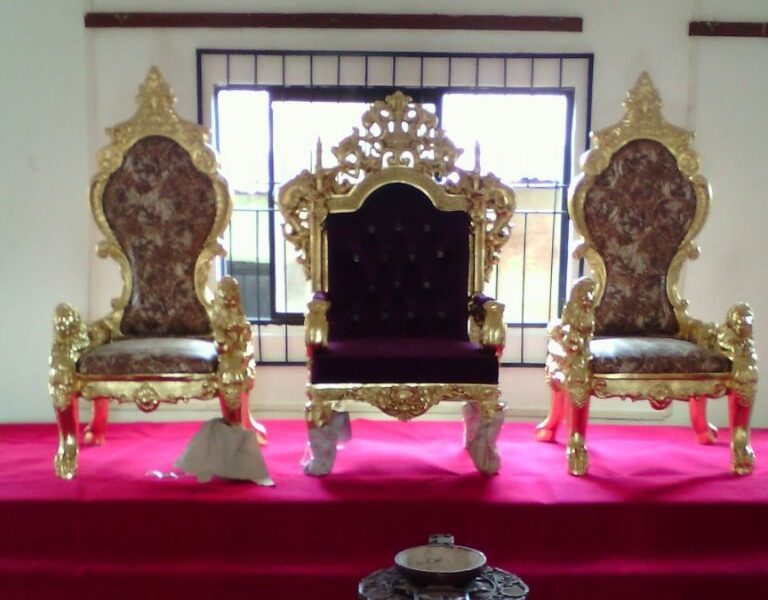 Worried by the dilapidated condition of the Aro palace which was an eyesore in the past, a prominent son of the kingdom Sir Victor Ikechukwu Okoronkwo (Ugwu Aro) took the bull by its horns by undertaking a complete rehabilitation of the palace.

A visit by our correspondent to the palace revealed that the furniture has been changed, carpets also replaced, its ceiling replaced and the building painted.

Recall that on the 26th of March, 2016 immediately after the Nzuko Aro election, the immediate past team and the newly elected team proceeded to the palace for presentation. At the palace, a set of settee presented to the palace by Sir Okoronkwo was commissioned and dedicated for use. Thereafter, the philanthropist donated another set of black leather settee for the Eze Aro’s private sitting room before undertaking the complete rehabilitation of the palace.

On why he single handedly undertook the project, Sir Okoronkwo, a former General Manager with Shell Gas, informed that the condition of the palace before its rehabilitation made him sad. I have travelled widely and visited several palaces in and outside the country and my observation was that our Eze Aro’s palace needs an uplifting to make it look decent. This informed my decision to rehabilitate it.

On the settee for monarch’s private sitting room, he informed that the furniture in the monarch’s parlour was not befitting a traditional ruler like the Eze Aro, so I decided to do something about it.

Homeopathic medical practitioner and businessman turned 56 on the 12th of February. A native of Ndiakunwanta Onuimo, Arondizuogu, he received his education from the Institute ...