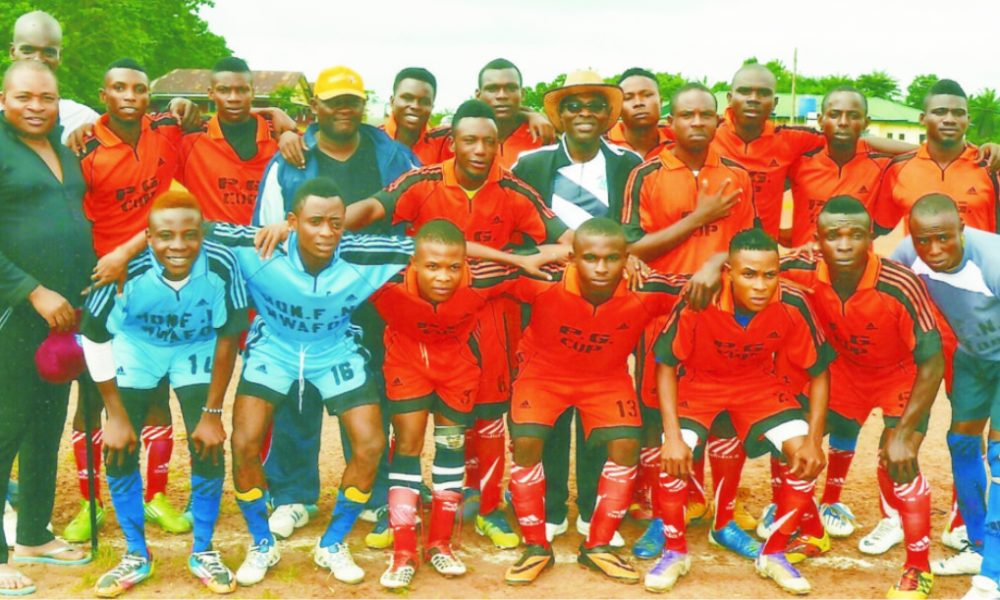 Amuvi village retained the PG cup it won last by defeating Ibom village on penalties in the finals played on Friday the 25th of March, 2016 at the Abia State College of Education (Technical), football pitch. In a pulsating final match, Amuvi beat Ibom by 3-0 via penalty shootout after the match ended goalless at full time. Uchenna Okereke, goalkeeper of Amuvi was the hero of the game as he saved all three penalty kicks taken by Ibom players.

Watched by a capacity crowd, both teams displayed high football artistry as they tried to outdo each other within regulation time. At the blast of the final whistle, the referee signaled for a shootout with scores at 0-0. Then step up Uchenna Okereke who saved Ibom’s first three kicks while his teammates converted their kicks. As the Amuvi team scored their third spot kick, fans of the village rushed into the pitch and carried their players shoulder high. They sang and danced from ASCETA to Amuvi after collecting their medals and winner’s trophy.

It was joy galore with praises to Almighty God at the Ejigbo Lagos residence of Aro News Managing Editor, N’mazi Ugo Okoro, as his beautiful ...