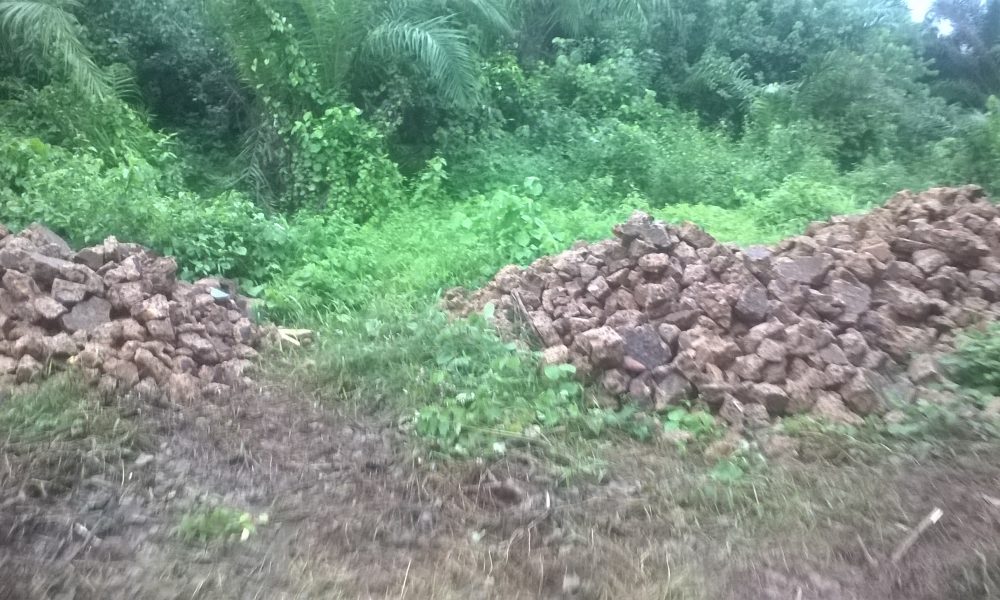 The story of the Ndi-Okereke- Ozu Abam-Arochukwu road is literally longer than the 34 kilometer stretch of the road itself. The road, which was first awarded in the 1980s, was re-awarded to Hapel Nig. Ltd in the 1990s by the administration of Capt. Temi Ejoor (Rtd). Since then, successive administrations in the state have claimed to award and re-award the road with nothing to show for it.

In 2011, the past administration re-awarded the contract to Messrs Masta Services Company Ltd. Work has however been ongoing but at a slow pace due to what the contractor described as paucity of funds. While the above has been ensuring, the community has almost been cut off from the rest of the country due to the bad conditions of roads in and out of the town. The Arochukwu/Ohafia road can best be described as a death trap while Nkana road is inaccessible during rainy season. This development has brought untold hardship to commuters who use the road on a daily basis. The pains and suffering experienced by road users warranted the call for an urgent palliative on at least the ‘’Okobo’’ portion. Rising from its CEC meeting of June, 2016, in Lagos, Nzuko Aro took the decision to effect palliatives on the road to at least make it passable for the people. The President General of the union, Mazi George Ezuma called on umu Aro at home and abroad to make financial contributions towards the noble cause. Many responded. On the 26th of June, 2016, a team of Nzuko Aro exco comprising the second Vice President General, Mazi Nwosu Nwaka, Mazi Uche Chidi Okoro, Assistant Secretary General, Mazi Eugene Okey Imuoh, Publicity Secretary General, Hon. Lukeman Ukara, member representing Arochukwu in the Abia State House of Assembly, Julius Imuoh, Ugo Okoro, Mazi Sunny Iromantu and a host of others, embarked on an on the spot assessment of the road.

After parking their vehicles at the last accessible spot from the Amuvi angle, the team mounted six motorcycles they had earlier hired at Obinkita for the inspection. While they inspected from one bad spot to the other, the heavens opened and poured out its contents in torments making the inspection more herculean. At every impossible spot, they alerted and continued the inspection by foot while the motorcyclist struggled to meet up with them. As they took measurement and recordings where palliative work is to be carried out, they literally walked the entire stretch to the bridge. It eventual marked out about 1,150 meters of very bad spots that will require urgent palliatives.

The same scenario of walking long distance played out on the return journey.

Administrator and community leader clocked 64 on the 7th of February. A native of Ujari village, Ugwu Aro was educated at Fiditi Grammar School, Oyo ...