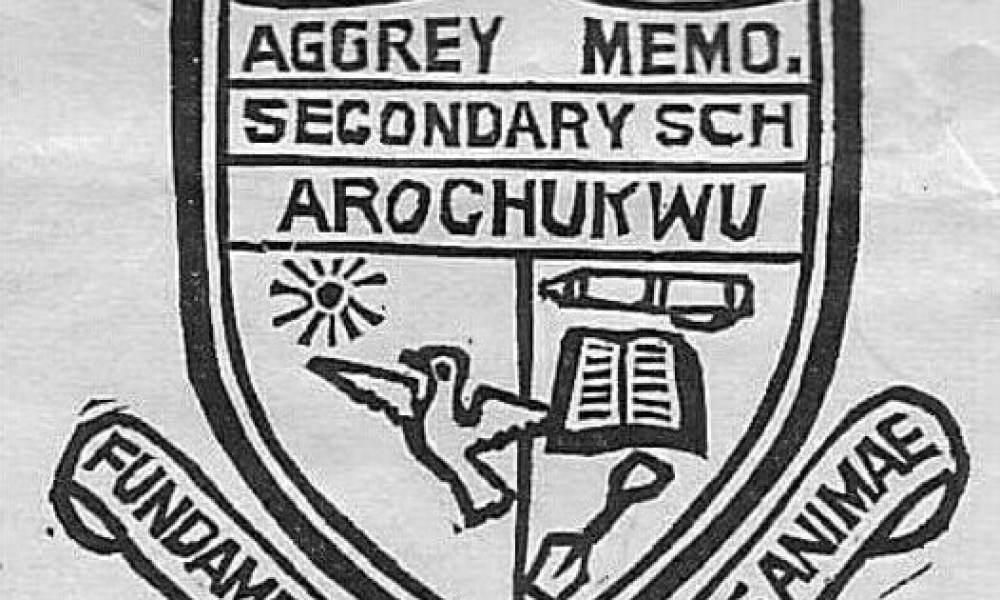 The school which used to be a citadel of academic excellence is today a shadow of its old self. Known for producing academic giants who have excelled in different fields of endevour, it cannot boost of a library, nor functional laboratory, most classrooms are in a state of dilapidation while the staff rooms and offices are no more conducive for the academic staff. This is as a result of neglect by the government (Education Board) and the Old Students Association which has become inactive over the years.

Compared to its contemporaries, Aggrey Memorial College needs a vibrant and active Old Students Association that will play a vital role in reviving the dwindling academic standards of the school with the aim to restoring the glory days of the school.

In a country where government places little or no value on education, the onus is on well meaning individuals/Nigerians and corporate organizations to help develop the educational sector as part of charity/social responsibilities. Old students who have benefited from the schools also give back to the schools to maintain the schools legacies. Schools like Government College, Umuahia, Methodist College, Uzuakoli, Holy Ghost College, Owerri, e.t.c have benefited from their Old Students Associations and Aggrey Memorial College should not be an exception.

With the view to contribute to the growth, development and well being of students and staff of Aggrey Memorial College an Old Students Association was founded to unite and bring together the old students of the school with the aim to pull resources together to effect changes and carry out projects in the school. However, the association is today in a comatose state as a result of inactive leadership.

Under new coordinators, moves are on to revive Aggrey Memorial College’s Old Students Association. As part of activities lined up to kick start the revival a rally has been scheduled to take place on 28th December, 2016. The rally will start from Ugwuakuma village in Arochukwu via Amuvi village to the school football pitch. There will also be a brief meeting after the rally within the school premises.

On 31st December, 2016 there will be a conference meeting of all old students of the school, important on the agenda will be the appointment of a caretaker committee to coordinate the affairs of the association and resurrect it.

All umuaros who have passed through Aggrey Memorial College irrespective of the year are enjoined to come out in mass to join in this move to revival our Old Students Association, return our alma mater back to its glorious days, restore academic excellence to the school, leave a lasting legacy for our children and make Aggrey Memorial College Old Students Association a force to be reckoned with.

When does paying tribute to a departed person become a duty? No doubt, doing so is required or expected of someone that lost a relation ...