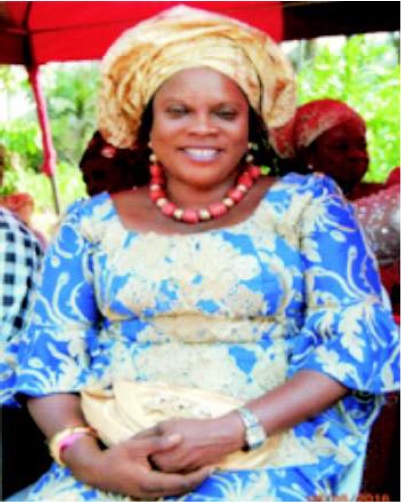 It is said that, “whatever that has a beginning, definitely has an end’. This was the case with the election of Nzuko Aro Women’s Wing, which has lingered for over six years now. Every nwa Aro who has been a keen follower of Aro events; laced with the interest of Aro at heart, would have been a participant in one way, or the other, of this long walk, which was troubled by terrible gridlocks.

Whatever that may have caused the lingering crisis, or the bone of contention is not what we shall discuss at this point; because, it is not peculiar to us. Every people or community has their peculiar challenges, the difference lies on the management. As a people, we have witnessed, experienced, and as well per took by our actions and in- actions in this election challenges.

We played various roles, either to make or mar the election process, without considering the after effect, which falls back on Aro kingdom.

As I said earlier, there is always an end to every beginning. The Bible says in Romans Chp 8:28 “All things walks together for the good of those who are called according to His purpose.”

At last, the end of the long awaited election has finally, come and gone. The process started on the 18th of June, 2016 at the maiden National Executive meeting of the newly elected executives of Nzuko Aro Men’s wing held in Lagos. At that very crucial meeting, the two warring groups were invited. The PG, Mazi George Ezuma, a man of diction and eloquence, in his wisdom, with his able team, declared no victor, no vanquished.

An election planning committee, was set up with the representatives from both groups and mandated to plan and conduct an election, within a period of three months. The team is led by Prof( Mrs) O.C. Nwana.

After several meetings, their report was presented at the CEC meeting during Ikeji, it was accepted an election was fixed for 29th of October, 2016.

The ancient kingdom came alive on Friday, 28th of October, 2016, as the Nzuko Arochukwu women came home en mass for the national election of their wing. The process started with the accreditation of delegates at Atani Hall, on Friday, 28th. The accreditation which started by 12 noon lasted till evening. To qualify for voting and be voted for on the election day, delegates were given clearance forms after being duly accredited.

On d day, the session started with a national anthem, and a welcome song from the tracks of Mary Kanu. After this, the chief electoral officer, Prof ( Mrs) O.C. Nwana, gave a short exhortation with texts taken from Acts and Phil 3:13-14. After which, the opening prayer was said.

The casting of votes was done branch by branch, as delegates were counted as they filed out to cast their votes. 18 branches participated in the process.

They were sworn in after the election.

Insurance executive clocked 65 on the 13th of November. A native of Amazu Ikpakwu, Arondizuogu, he was educated at the Institute of Management Technology (IMT), ...