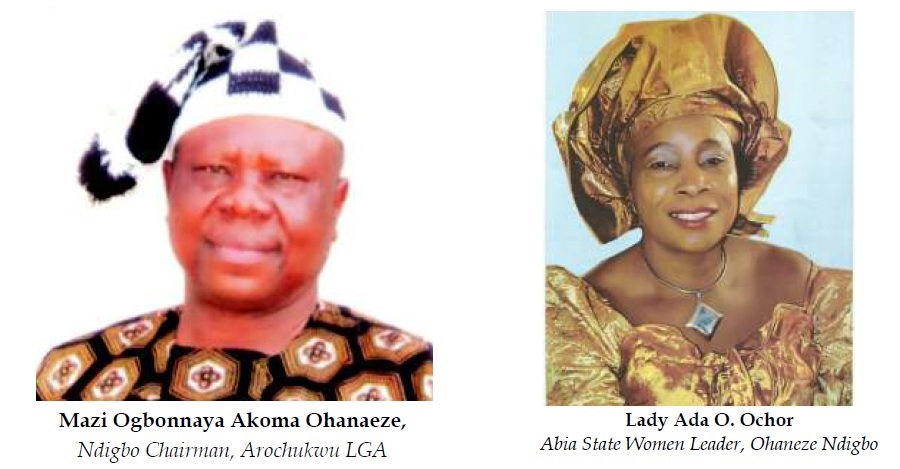 As elections are to be conducted to fill offices in the apex pan-Igbo socio-cultural organisation, Ohanaeze Ndigbo, beginning from January 2017, a chieftain of the organization in Arochukwu, Mazi Ogbonnaya Michael Akoma, has urged the Aros at home and abroad to belong to the organisation and contest elections in it at the local government, state and national levels of the organisation as Arochukwu is a core Igbo society and the ‘cradle of Igbo civilization’

He regretted that in nearly four years after he was  elected the chairman of the pan-Igbo social-cultural organisation in Arochukwu LGA, he has not been able to establish an office any any part of Arochuwku following the inability of the various Arochukwu council chairman approached on the issue to make funds available to enable his committee to do so, including the recent move he made on Wednesday, 23 November, 2016 to pay a courtesy visit to the TC chairman of the council, Elder Abraham Nuannah, which could not hold as the chairman had indicated he had urgent state matters to attend on the fixed date, 1st December, 2016

Meanwhile, the crisis between the National Youth Council of Ohanaeze Ndigbo (under the leadership of Mazi Okechukwu Isiguzoro) and Abia state chapter of the organisation as led by Chief Emmanuel Okparanta) had deepened by the time of filing in this report, as the former had accused that latter of financial impropriety.

In another development, all the three wings of the body in Abia state (Abia state chapter of Ohanaeze ndigbo, the Women’s Wing and the National Youth Council in the state) have carried out awards ceremony in Abia state, and during which time many persons with various backgrounds were selected and given awards of various categories.

While the Women’s Wing of the pan-Igbo socio-cultural organisation (as led by the Ohafia-born Lady Ada Ochor) held hers on Wednesday, 26 October 2016 at the Michael Okpara Auditorium in Umuahia, the parent body, Abia state chapter of Ohanaeze Ndigbo, held her own on Thursday, 17 November, 2016 at the same Michael Okpara Auditorium, Umuahia, where many Abians were honoured with so many titles. The Youth Council had held its own edition of the awards very much earlier in the year in Umuahia too.

However, it is noteworthy to find out that in all the awards of the three wings of the apex pan-Igbo socio-cultural organisation, Ohanaeze Ndigbo, no person from Arochukwu was considered suitable for any award regrettably. This may, invariably, be as a result of the continued lackadaisical attitude of the people of Arochukwu in Ohanaeze Ndigbo affairs.

It was planned to be a solidarity visit by the Lagos Support Group to Dr Alex Otti, coming after the Supreme Court had denied him ...