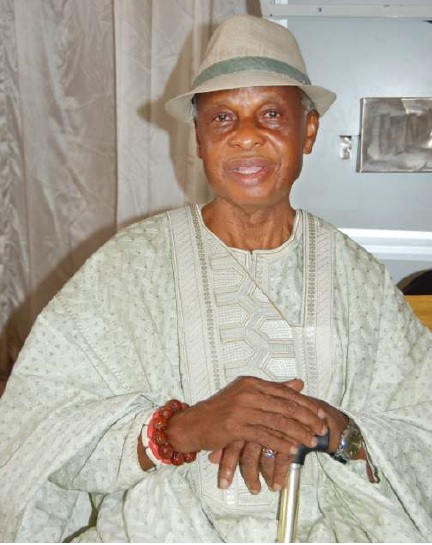 Patrick: You may need to add “Ugwu Aro.”

Patrick: I was born to Ogbuna Nwata being my father and Ideh Ogwumere Ahumariegwe, my mother, in the year 1936. I hail from Ujari Koko Obasi (Ajalli) in Orumba North LGA of Anambra State. I attended the popular Government Primary School Ajalli. My secondary school was at Arondizuogu, Iheme Memorial Grammar School. Shortly after, that my elder brother Dr. Ani Onwumere took me to Abeokuta where I completed my secondary school education at Olumorishi College and obtained the High School Certificate. After that, I went to the University of Ife where I got my science certificate in Geology and because of the war, I moved back to the East, to University of Nigeria, Nsukka where I began my BSc in Geology.

Aro News: Tell us about your career?

Patrick: I thought briefly in Abeokuta Grammar School and Abeokuta Girls School as pupils teacher before going into University of Ife. After my graduation, I started  work as an inspector in the then Ministry of Petroleum Resources now DPR, and soon after I was sent to Tokyo, Japan on upgrading and there I got my Masters in Petroleum Engineering at University of Tokyo, Japan. The DPR gave me great exposure as I was transferred from one Nigeria city to another. I served as Controller PH for eleven years, Warri for nine years also in Lagos office and I rose to the position of Deputy Director. Having gone round I was transferred back to Lagos where I served as officer in charge of engineering specifically in quality compliance inspection. I retired in 2004 from active service after putting in 35 years in DPR.

Aro News: You just turned 80 year, but you are looking so young, what is the secret.

Patrick: Good health is a product of good food and good living so I give credit to my wife while acknowledging that it is a total hard work of God. So what you take in determines how you look on the outside.

Aro News: So how soon do you think you will start aging in line with your age?

Patrick: Only God knows but I think it is the Japanese that said that 60 is the get prepared age, 70years, one is said to have arrived and at 80years one is referred to as older age group so that is why I am celebrating and thanking God for making me look 60 in my 80years but that does not rule out the fact that I am an advanced old aged man.

Aro News: You are a Catholic?

Patrick: Yes I am.

Aro News: Were you born into it or you changed religion sometime in life.

Patrick: I was born a Catholic, my parents were Catholics my brothers and all Onwumere family.

Aro News: Would you had wished you were of another faith or maybe remained an ethicist?

Patrick: Not at all, no regrets at all, I am a Catholic and I love it so.

Aro News: Of what assistance have you been to the Church at Ajalli and Lagos

Patrick: Yes the first thing that is known to many not to mention those I did in the secret is the primary school in my home Church. I established and nurtured it to its present level even though I cannot take hundred percent credit of the funding, but it is my project which I had and am still putting in so much. And we are planning to build a secondary school.

Aro News: How do you rela?

Patrick: I played football a lot from my primary school through secondary but I was stopped by my brother in the university. Now I just do a little walk here and there.

Aro News: What is unique in your 80th birthday celebrations is there anything else you hope to achieve?.

Patrick: Yes I want to see how I can use it to foster peace in my home community Ajalli.

Aro News: How do you hope to achieve it and could you throw a little light on what the problem is?.

Patrick: Yes since the death of Eze VI, Eze Calistus Nwosu about 12years ago, we have not had a replacement and the town is divided along two welfare associations; Ajalli Welfare Union (AWU) and AJALLI Development Association (ADA) and aside personal developments in respective homes I can tell you since the problem started; there had never been any communal development in my village despite the fact that we have had persons in positions of authority but a town without   peace can never harness opportunities and so those opportunities of having our sons in positions were lost to the heated rivalries in the town.

Aro News: AWU or ADA in which do you belong to?

Patrick: We are all of AWU were I even served as president General for 4 years but when the constitutions were no longer obeyed and a new one was brought in form the back door misleading the community, I with others had to form the ADA but as I speak now, I am not of any in particular but as the father of all as the sitting regent.

Aro News: Are you the sitting, regent of Ajalli community?

Patrick: Yes at the death of the first regent, M.O Nwankwo, the regency council nominated me to fill in the vacuum as nature abhors such lacuna.

Aro News: So the anniversary party is for who is who in Ajalli?

Patrick: No not really, just like I told you the town is in chaos, “ndi kwe ndi ekwegi” but I want to use this my 80th birthday to open up the doors of peace wider in my community I decided to down play tittles and associations and see how we can come together again saying that I belong to this association and that is further putting us apart.

Aro News: Playing down your title to seek for peace are you not invariably telling Ndi ekwegi that they are right after all?

Patrick: No, no, I come from an educated civilized community, they would rather see my abasement as humility to cash into for the peace process to be renewed than otherwise, I am of the ADA but for the first time in many years I had to attend the meeting of the AWU to invite them to my 80th birthday party which they gladly obliged knowing the importance at a time like this in Ajalli.

Aro News: So if you succeed in bringing them to wine and dine together in your party you think you have achieved the peace?

Patrick: No, but it will re initiate the stalled process of peace and from there we can go on because the mistake we made that derailed or stretched the face off is walking away.

Aro News: Who walked away from who?

Patrick: We all know the truth, the lies, and the liars. Coming face to face is what those being mislead can only use to know the truth. We just have to go back to the round table. Eze is not the only problem even though it is paramount. I for one believe in one association as many do, I believe in Eze remaining where it used to be as many do and for those that don’t let them put their reasons on the table maybe they can show reasons and a process for such major alteration in our history will have to undergo due acceptable processes and not just someone hoodwinking a learned society like Ajalli for selfish interest.

Aro News: You are the present regent you said.

Patrick: Yes I am.

Aro News: If you are asked to step down as the regent for this peace you are pursuing to be actualized will you hesitate?

Patrick: I was not born as a regent. I had and am still serving my community as I ought to ever before being made the regent. The regent is there because we don’t have Eze yet, so as soon as an Eze emerges the regent seizes from existence. Nobody including I knew that this regency of a thing could stay for more than 3 years or so from the date of the burial of the former Eze because the process of Eze selection was already initiated before some mischief makers that were grossly misinformed shattered the whole process by introducing a new pseudo constitution according all traditional and cultural powers to a welfare association (AWU) against the constitution they are to defend, as stipulated in page eight of AWU constitution. So I hope to use this opportunity to bring every party together to my 80th birthday celebrations and request that we go back to talk maybe we can get it right this time.

Aro News: You want to live up to your name Onyemee.

Patrick: Yes, Onyemee si to ya, let the performer be praised.

Aro News: Ugwu Aro, Onyemee thanks for your time.

Death is said to be the ultimate end of every human being, a debt which must be paid, a choice without alternative, an accepted fact ...