Restoring the glamour of Aro Day 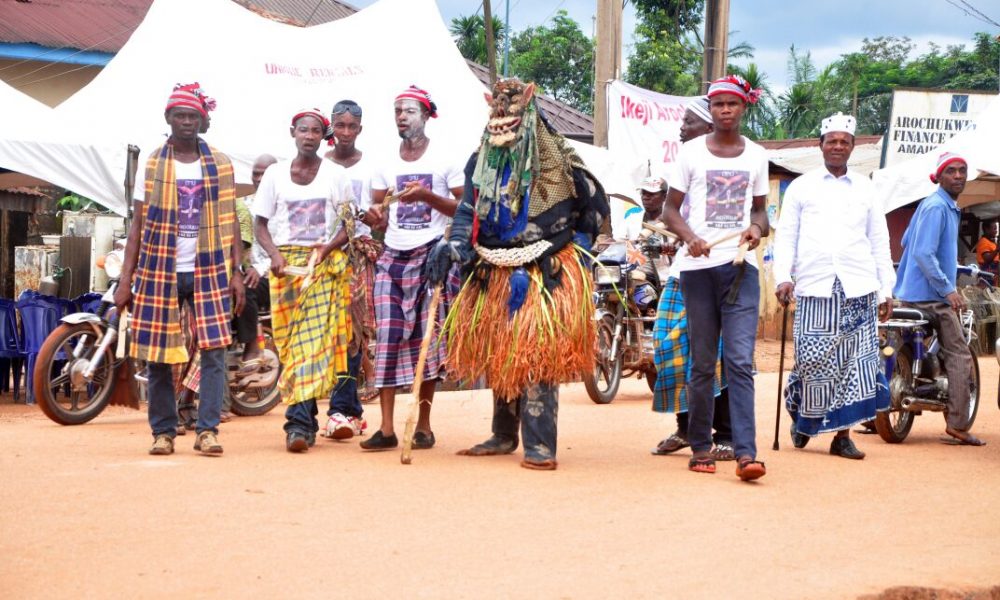 Aro Day in its current form, is the logical fall out of the restructuring of the various organisations that used to champion the cause of Aro into one organisation, the Nzuko Arochukwu. Having set up an umbrella body, it became easy, indeed necessary for the managers to think of a day when all Aros can come together to interrogate their Aroness.

Aro Day is akin to national days of nation states.It is a day set aside for the celebration of the peoples’ heritage, togetherness, culture and accomplishments. It is usually an opportunity for stocktaking, reflection and appreciation; an occasion for leaders to give account of their stewardship and to sketch the direction in which they are taking the people.

Aro Day should be a day of merriment, a day of thanksgiving to God for establishing Arochukwu and for enabling Aros to weather political storms, survive physical and spiritual wars and contribute their quota to the progress made by humanity. It is a day to honour Arochukwu and all that makes the community deep and intense.

The Aro Day celebration started well. Many looked forward to returning home en masse for it and bringing their friends. Indeed, the Eze Aro in Council, in conjunction with the Nzuko Arochukwu national leadership, had decreed, and rightly so, that every 26th of December should be observed as Aro Day. During the event, Umu Aro, young and old were expected to engage only in activities that promoted Aro Day, culminating in the assembly at the Arochukwu Civic Centre for the celebration.

During such celebrations, the Eze Aro is usually expected to address Umu Aro on the state of the kingdom while the President General of Nzuko Aro would present the state of the Union address. Aro Day should serve to show respect to everything Arochukwu.

However, in the recent past, Aro Day appeared to be losing its myth and glamour. The event hardly witnesses any appreciable turn out of Umu Aro. In what appears to be in clear defiance of the directives of the Arochukwu stool and leadership, many now fix marriages, burials and other social events on Aro Day, thereby creating divided attention and dubious loyalty.

The lack of interest for Aro Day by many Aros may be attributable to many factors. Given the level of neglect the Community has experienced from the local, state and federal governments resulting in the worst state of
infrastructure in modern history, many Aros are left dejected, feeling that there is nothing to celebrate.

Some may have been affected by the pockets of disagreements and disputes in their Ogos. For example, at the 2016 Eke Ekpe, one or two villages arrived Amaikpe with two “ Eze Ogos” and similar number of dance groups and praise singers to match. Not a few may see participation in Aro Day as a referendum on the leadership of the kingdom, while others may blame the economy.

Whatever the case, we must take to heart the words of Virginia Woolfe who thoughtfully reminded mankind that “you cannot find peace by avoiding life”. Why must we refuse to celebrate ourselves because of a few problems?Why should we cringe into a corner, with our tails between our legs, crying and sulking because of challenges? I rather think that we should acknowledge the issues confronting us, undertake a critical appraisal while celebrating our successes no matter how modest as a springboard to greater accomplishments.

No matter what anyone may say or feel, the Aros are a great people. Our God made sure of that and our forefathers worked it. Worthy celebration has a way of inspiring greater achievements. We have a responsibility to improve on the legacy, in our own interest and in the interests of our generation. This is why the efforts of Nzuko Arochukwu to rekindle the glamour of Aro Day deserves the support of all Umu Aro at home and abroad. This year’s event will be combined with the General Assembly of Nzuko Arochukwu. It will be a period of stock taking and agenda setting. It will provide opportunity for all Aros to help fashion a vision for the community through contribution of ideas and other interventions.

Let that radiance, that colour, that panache, surefootedness, confidence and belief return. A successful Aro Day celebration will help galvanise the can-do spirit in every Aro necessary to surmount our challenges. Aro,ivu onu!

Members of Nzuko Inyom Aro Lagos branch gathered at the Railway Recreational Club, Ebutte Metta, Lagos, on Sunday, the 26th of May, 2019 to elect ...