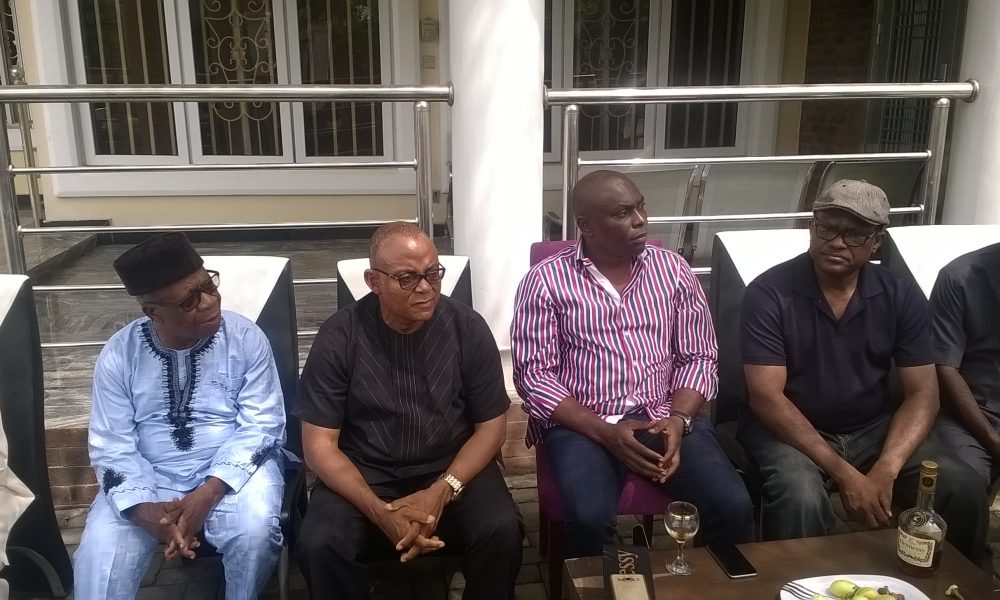 The member representing Arochukwu/Ohafia Federal Constituency in the House of Representatives, Hon. Uko Nkole on the 30th of December, 2016 at the residence of Mazi Emeka Okoronkwo in Atani village, Arochukwu, met with stakeholders from Arochukwu.

Facilitated by Mazi Nnanna Nwagbara, the honourable member used the occasion to present his scorecard to some members of his constituency. He narrated in details his activities especially the efforts he made towards ensuring that the contractor handling the rehabilitation of the Arochukwu-Ohafia road returned to site.

Hon. Nkole, who focused mainly on his achievements in Arochukwu, also informed the gathering about efforts towards ensuring that the Bende –Ohafia road gets the attention it deserves in the 2017 budget while ensuring that FERMA is put on the alert to begin work on the project as soon as approval is given.

On the issue of overbilling of members of his constituency by the Enugu Electricity Distribution Company (EEDC), Hon. Uko stated that he had taken up the issue with the relevant agency and the issue will be settled in no distant time.

Water reticulation of the Amuvi water scheme is ongoing as part of his campaign promises to the people.
Projects meant for the constituency as included in the annual budget of the Anambra Imo River Basin Authority will henceforth be accessed by the constituency.

Shedding further light on the contentious issue of constituency funds, Hon. Nkole stated that he is one of the few lawmakers that utilizes his constituency funds for the benefit of members of his constituency. To add credence to his statement, he reeled out projects that are currently ongoing in the constituency and challenged anyone in doubt to take an assessment tour of these projects to ascertain if they were actually ongoing, completed or not.

The constituency office of the federal lawmaker is ready and any member of the constituency who has inputs to make and do so at Ohafia where the office is situated.

Umuaro in North America, under the aegis of Nzuko Arochukwu New York/New Jersey/CT, are setting new pace in social responsibility initiatives as they take community ...