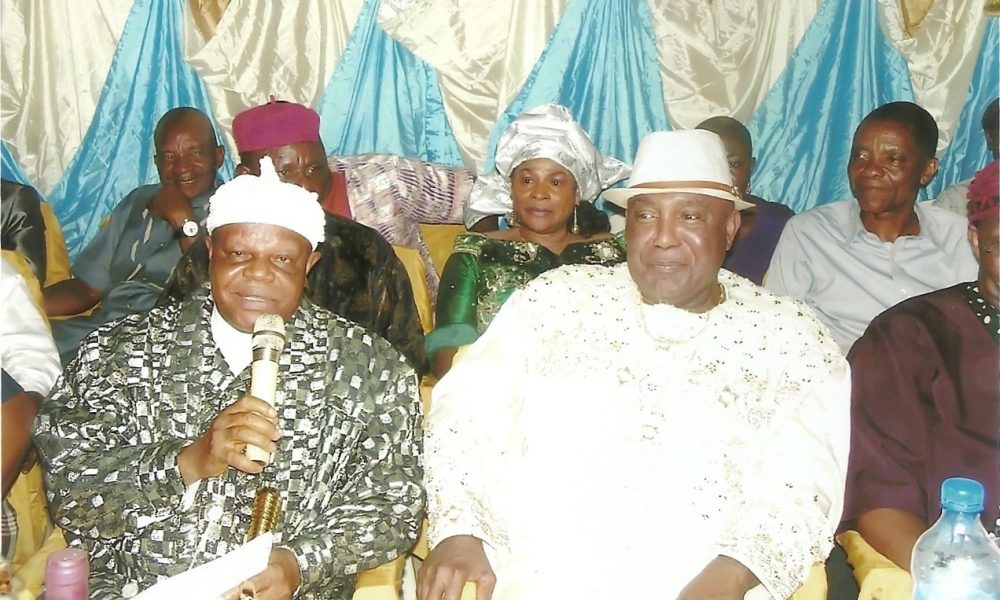 After that, Ezeogo Atani is given the platform to address the community. He prays for all sons, daughters and wives of Atani, Arochukwu origin ( both at home and in the Diaspora), gives advice where necessary, pacifies offended minds, showers royal blessings on them and resonates message of unity, love and progress for which the great Atani Arochukwu is known.

The venue is usually Atani Hall Arochukwu. Atani Welfare Union has been the host of this occasion. On this day, all branches and representatives of the union are under obligation to converge on Atani soil in their numbers. Age grades, the youths and other associations of Atani origin are encouraged to register their presence and share pleasantries with others. As the saying goes, change is the only constant thing. This might have informed the wise thought of the leadership of Atani Welfare Union to facilitate innovations that makes Atani Day celebration an occasion many (both Atani and non-Atani indigenes) cannot afford to miss.

In recent years, Atani Day celebration has become the cynosure of all eyes as all forms of social entertainments are put in place to satisfy the audience. Roll call of branches is then taken. The central leadership of Atani Welfare Union delivers its goodwill messages, present annual report to the community and announces plans for the new year via the President General, the chief servant of the union. Atani Day celebration now begins on 24 December with a mini event tagged Atani Outreach. It is an innovation of the present exco led by Mazi Chekwas Oti. The first event was chaired by Mazi Chimezie Orji from Port Harcourt branch. He distributed cash grants, dressing apparels, consumables and other goodies, meant for the elderly, widows, orphans, the young and the down-trodden in Atani and the society by extension. In his words, “if the rich are generous to the needy, the world would have been a better place to live in. The idea behind the outreach is to provide for the needy. Philanthropists and care givers are implored to extend some benevolence to the needy. Sir Chikwe Udensi on the 29th December 2016 distributed four bags of rice and N50, 000 each to widows from the four sections that make up Atani viz: Atani Etiti, Ngodo, Atani Agbor and Ndi Okwara.

It was the first outing of the new executive led by Mazi Chekwas Albert Oti, the President General of Atani Welfare Union Arochukwu worldwide.

Commencement: The event started by 05:00pm (three hours behind schedule) after the arrival of dignitaries, including Ezeogo Atani. Captain Eugene Okey Imuoh of Pacesetters FM Umuahia the event compere who was in his usual elements. This was followed by the roll call and introduction of the new national officers of the union. Mazi (Pst.) Henry Nsidinanya, Secretary General of the union, said the opening prayers after which a roll call of branches was taken while Ezeogo Atani, Mazi Charles Kanu Okoro, blessed the kola nut.

The chairman of the occasion and a former President General of the union, Mazi Chima Dike thanked Mazi Chimezie Oji for his benevolence to the elders, widows and youths on 24 December 2016. He was full of appreciation for all and sundry who found time to grace the auspicious occasion of Atani Day Celebration 2016 tagged ‘MOVING TO THE NEXT LEVEL’. Going down memory lane, Mazi Dike recalled his service to the union and called for all hands to be on deck to move the village forward. The main issue facing the community, he stated, was the Atani 2 project.

In his speech, Eze Ogo Atani, Mazi Charles Kanu, referred to the village as Atani County Council. He showered praises on Atani’s illustrious sons who spared time to grace the occasion, irrespective of their other commitments. He was particular about Mazi Dagogo Okoronkwo, Mazi Mao Ohuabunwa. Ezeogo specifically thanked Mazi Ike Okoronkwo for his benevolence to Atani. Others on his list were Sir Dozie Udensi, Dr. O.J.Nnanna, Mazi Emeka Okoronkwo, Elder Ik Onu, Mazi Kanu Ikenga, Dr. Chima Dike, Mazi Chijioke Udeagwu, Mazi Frank Agaodi and Hon. Gab Nwoko. He referred to himself as the “Digital Ezeogo” since he was accessible through the social media like whatsapp and facebook. He concluded with words of appreciation to his cabinet and Atani Welfare Union worldwide.

In his remarks, the President General of Atani Welfare Union worldwide, Mazi Chekwas Albert Oti took his turn to address Umu Atani. In a well articulated speech, the P.G made known his vision for Atani through A.W.U. Mazi Chekwas Oti took time to itemize in his address the people-friendly projects his administration was committed to, given the support. They included youth empowerment, reconstruction of the aging Atani Hall, scholarship scheme for indigent young people etc. The P.G’s address was a compendium of his administration’s agenda for Atani Arochukwu set to be pursued during their three years in office. The copies were distributed to the eminent personalities and all branch representatives in attendance. To press home his message entitled MOVING TO THE NEXT LEVEL, the P.G appealed to ‘all and sundry’ to imbibe the spirit of cooperation and unity to enable his administration serve them well. He made it clear that Atani Day 2016 was not for award giving or launching of any sort. Mazi Oti however requested his guests to pick the kola nuts with anything their hearts pleased to give. This eventually turned out to be a tonic of motivation for the new executive as Atani sons and A.W.U branches responded to Mazi Oti’s humble request with maximum cooperation.

Responding, Senator Mao Ohuabunwa, was full of appreciation to God, Umu Aro and others who made contributions to his electoral victory. He pointed out that his position as a Senator saved Arochukwu from political oblivion. Sen. Ohuabunwa further elucidated the pains and losses of any community that lacked fair representation in the government and encouraged Umu Aro to participate in politics. His good roles to resuscitate Arochukwu/Ohafia road project from abandonment were already being felt as the contractor had resumed work. The Distinguished Senator joined in praying for unity and love in Atani. He concluded by drawing the attention of the gathering to the importance of education and picking of kola nut. Other dignitaries including Dr.O.J.Nnanna, Engr.Otumchere Oti (former P.G), Mazi Dagogo Okoronkwo and their likes also graced the occasion.

Madam Dorcas Omasiridiya Elekwekechi Ibe, mother of the popular businessman in Arochukwu Mazi Okechukwu Ibe aka Okey Unique, who passed on the 5th of April, ...