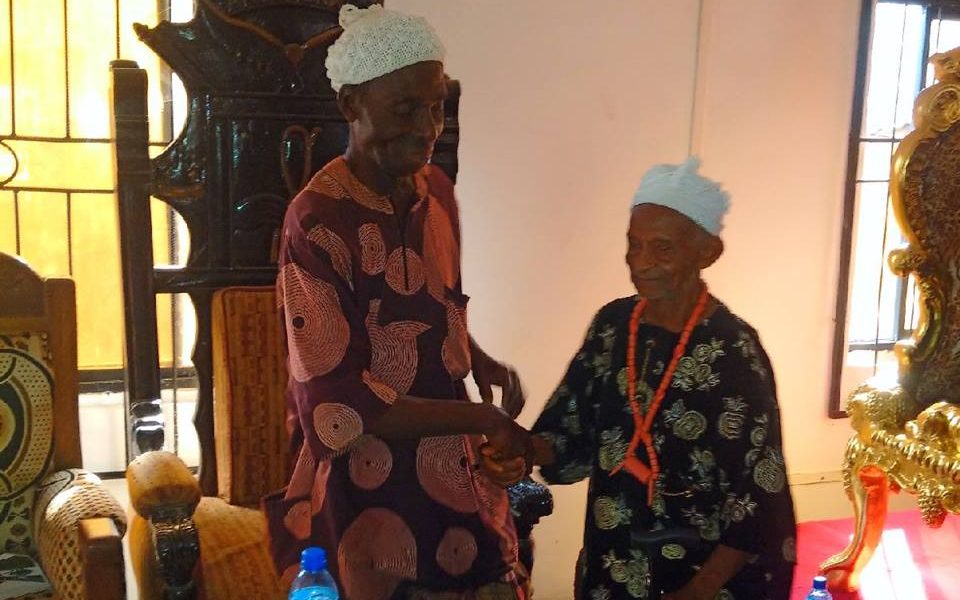 Amoba village and Arochukwu community as a whole was agog recently as the village presented her Eze Ogo, Mazi Kanu Oji Nwokoro to Eze Aro -in- council.

This feat was realised after more than a decade vacancy that existed in the Eze Ogo stool. According to the long standing customs and traditions of the Aro, which has been observed and practised over the years, the oldest living Nwa Amadi ascends the throne of the Eze Ogo Amoba.

Thus Mazi Kanu Oji Nwokoro, who was unanimously accepted by all the seven compounds that constitute Amoba village is the oldest living Amadi in the village. The process of selection and adoption was seamless and came after a remarkable performance exhibited by the “Ochanja Amoba” dance troupe during the 2016 edition of Ikeji Aro which signified a sign of good and great things to happen to the village. On 24th of December 2016, Amoba elders, women, youths and all sons and daughters filed out to Eze Aro Palace at Oror to officially present Mazi Kanu Oji  Nwokoro as its Eze Ogo to the Eze Aro –in- Council. The event turned out to be very memorable as the day coincided with Okpanko Aro’s joint session with Eze Aro –in-Council. The Amoba delegation was received by Mazi Oji Ogbonnaya Oji and Mazi Okereke Okpara at Ukwu Ovo and were ushered into the Eze Aro’s Place by Mazi Oji Akweke, Eze Ogo Obinkita.

The Eze Ezeagwu, Mazi Okorafor Uroh received the Eze Ogo Amoba and handed him over to Eze Ibom Isii, Mazi Kanu Okereke who thereafter presented Mazi Nwokoro to Mazi Oji Kanu, Eze Aro’s representative and the other Eze Ogo’s present. He was received with great joy by all present including Okpankpo Aro members.

Hope rises on the completion of Ozu Abam-Arochukwu road

The Ozuabam-Ndiokereke-Arochukwu road might just be 34 kilometers in distance, but its story is both chequerred and literally longer. The contract was first awarded to ...