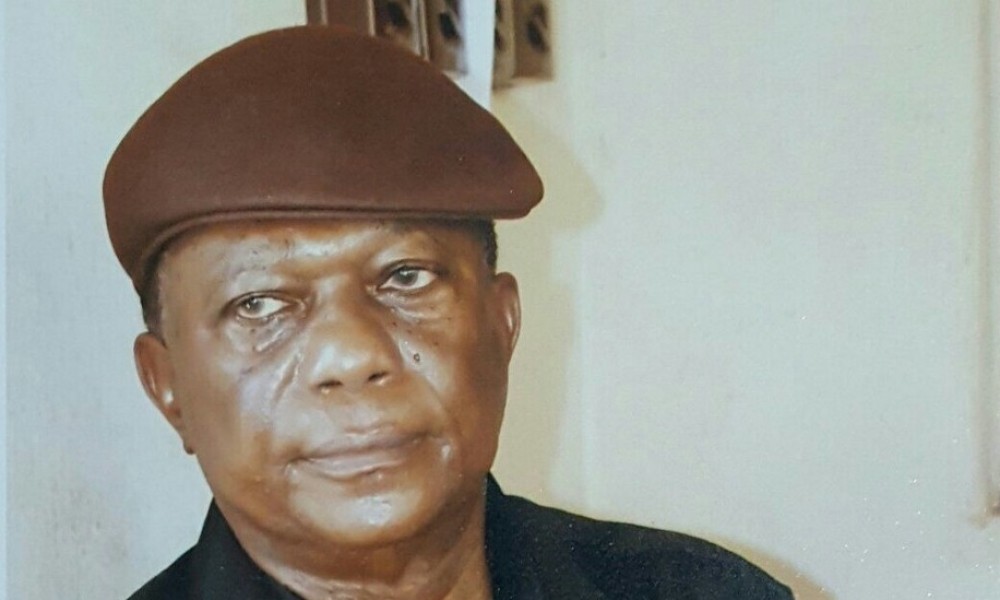 Mazi Emmanuel Okorafor Avonta (now late) as then President General of Nzuko Aro invited me to go and take a look at what Nzuko Aro was trying to do at the site of the Civic Centre, which they called Aro Hall. He sent three people – Mazi Sam Ohuabunwa, Mazi Ukwu Udonsi and another person – to go with me.

Before then, I didn’t know the location, so on getting there with those assigned with me I recommended that a totally different approach be taken. Someone had already given them a drawing for a small Town Hall, something like the old Obinkita Hall, which had already reached DPC level. I suggested that the structure be demolished, to make way for what I had in mind.

Mazi Emmanuel Okorafor then took my recommendation back to one of their meetings and I was given the go ahead to design what I had in mind. I then wrote them a letter that I had the dream to give them something that will be modern in the next 50 years and still stand the test of time and people will be happy with it.

I told them that it was going to involve building an auditorium that will comfortably sit 3,000 to 4,000 people, an Amphi Theater and lock up shops that can accommodate 15,000 to 20,000 people and take away activities from Amaikpe Square. The package also included offices for the P.G, Secretariat (for S.G) as well as committee rooms, gallery, restaurants, kitchen, dinning etc. That was my dream concept for Arochukwu.

So actually, the project is in three phases. Phase I is the main auditorium, which is what you see has been completed now; Phase II is the office complex, gallery, committee rooms, exhibition centre, restaurants, etc while Phase III is the Amphi Theater and lock up shops.

After I submitted the plan to Nzuko Aro in December, 1990, Mazi Emmanuel Okorafor had a Herculean task convincing the people that the project was achievable. They complained that it was too big and will not be completed, but I convinced them that if it was not built in our life time, our children will complete it.

They tried to get me to scale it down but I refused, and likened it to building a church which is usual built over a long period of time. I told them that I have the conviction that one day, an Aro son will be appointed Minister or elected a Governor, and the project will be completed.

Then during the tenure of Mazi Sam Ohuabunwa as the President General of Nzuko Aro, various attempts were made to raise money to continue the project.

As I said earlier, I hinged my hope that one day we will produce a Minister or Governor to finish the project. Sam Ohuabunwa actually ommenced work on the project. When Emma Ivi came on board as P.G of Nzuko Aro, he tried to redesign it, to scale it down a bit, but I am told by JC Imuoh, the man that did the first roof at the centre during Ivi’s tenure as PG, that it is still the same old drawing, so my design is what was followed.

I haven’t been to the site since the ‘messiah’ Dr. Alex Otti took over. God eventually provided a ‘messiah’ for Aro in the person of Alex Otti who has eventually spearheaded the construction of the centre.

The entire project is in three phases. Phase one has now been completed through the gracious and kind efforts of Dr. Alex Otti. I am expecting other patriotic Umu Aro to come and participate in making the other two phases, that is the Amphi Theater and the office complex a reality.

I am most elated that this development happened in my life time and I am most grateful to God for making it possible.

Asaga village emerged winners of the first edition of Dr. Emma Nwadeyi’s unity football competition. In the final played before an impressive crowd on the ...