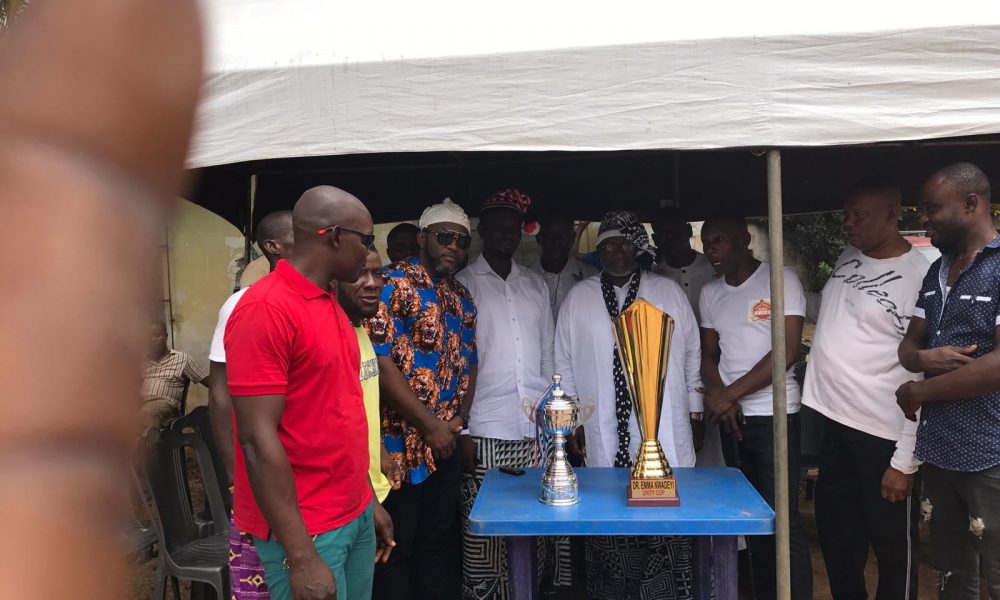 Youths in Arochukwu will have something to engage themselves positively this Yuletide, as Mazi Emma Nwadeyi’s Unity Cup makes its debut in the ancient kingdom.

According to a statement by the organizers of the football tournament, the winner of the competition which will be competed for by the 19 villages in Arochukwu, will take home the sum of N500, 000 while the first and second runners up will get N300, 000 and N200, 000 respectively in addition to trophies and medals. A total of N2million has been set aside for the competition.

On what informed his decision to donate the trophies for the soccer competition, Mazi Nwadeyi explained that it was borne out of his desire to keep Aro youths united and engaged in positive recreation in this era of cultism and cult-related activities which is gradually rearing its ugly head in Arochukwu.

The organizers of the competition explained further that the 19 villages will be placed in groups for the tourney. After the group stages, the winners of the groups and runner ups will proceed to the quarter finals, the semi finals and then the grand finale.

Officials from Abia State Sports Council are scheduled to take charge of the officiating, while the football pitch of the Abia State College of Education (Technical) will host the matches.

Keeping to the promise it made to Umu Aro at its maiden Central Executive Committee in Lagos in June 2016, Nzuko Aro has commenced the ...