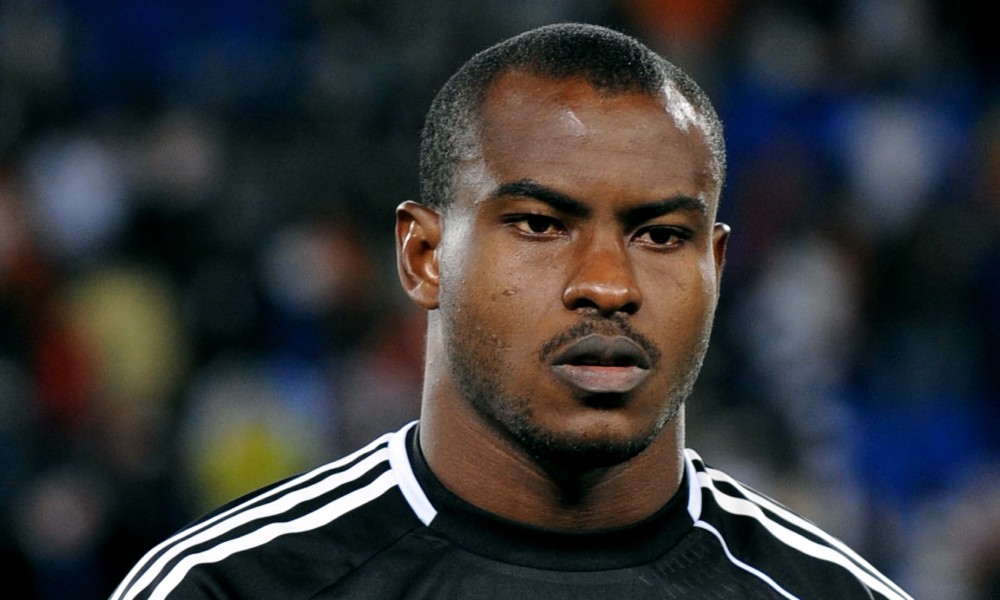 The need to recall Vincent Enyeama to rejoin the Super Eagles squad to the 2018 World Cup in Russia has become important and urgent. The team needs a strong, experienced goal keeper to prosecute the tournament. I have followed the debate over the need for Enyeama to stage a comeback from retirement with keen interest. But one has difficulty connecting logic with reason on the varied opinions so far expressed. For instance, those afraid of Vincent Enyeama’s recall have argued that his inclusion will bring rivalry, acrimony and disaffection in the team over the issue of leadership. But they hardly explained how? Those with this opinion neither realized that Enyeama has since moved- on; nor appreciated that the train had since left the station because a lot of water has passed under the bridge. There is also the argument  that because he was not involved in the qualification stages of the World Cup, his inclusion would amount to reaping where he did not sow. In their opinion, the other goal keepers would feel short-changed and their aspiration to show case their talents at the world stage would have been jeopardized. Some even went further to demand that if Vincent Enyeama wants a place in the national team, he should gather his kins men to go and tender an apology to NFF officials and others that he may have “stepped on their toes”. A close examination of these views, point to nothing that serves either national interest or public good. All the arguments against the recall of Enyeama are largely narrow, driven by ego, pride, selfish and flimsy considerations. The only valid argument that one could relate to, remains the concern by the Super Eagles Coach, Gernot Rohr over the fitness of Vincent Enyeama. This remains a genuine reason especially with reports that he was nursing an injury. Even at that, the optimism of the Coach that Nigeria’s current quagmire over who mans the post during World Cup would be laid to rest if Enyeama is fit, able and willing to return to the Super Eagles. The confidence of the Coach from his pronouncements is not only valid but professional. It also conveys a strong message of a Coach with sincerity of purpose and focus to deliver results by using the best we have to get the best we want.  Gernot Rohr’s should follow this path now that Enyeama has fully recovered, has rejoined his team –Lille in France and has resumed training. Besides, the Coach should please move closer to the player with some authority of ownership. This will help push the boundaries of pride over who blinks first which we do not need at this time.  Every good coach knows that the world cup tournament is where experience, character, courage and track record count a great deal. And success is what matters.  Besides, football is no longer just a game but has assumed a strategic position in the world economy. It has also become an emerging big business and an element of state power. That is why big economies like China and the USA have become big investors with huge interests in the game of football. For Russia 2018, All Nigerians around the world look forward to results not reasons. Vincent Enyeama is not finished. Something points to his direction  that in 2018 World Cup  he has a date with history in favour of Nigeria. Enyeama has virtues that we currently lack among the aspiring goal keepers in the team. It requires more than two eyes to see why Enyeama is needed in Russia. The Coach should develop more eyes to see the opportunities in Enyama’s return to fortify the team he has worked so hard to assemble within so short a time. The young goal keepers that we have seen so far – Ezenwa, Akpeyi, Ajiboye, Uzoho and Alampasu lack the required world cup confidence. They are better as reserves on the bench.  They need time to get there. And their time will surely come. Enyeama’s ability to take full control, marshal instructions to his team mates, read the movement of players easily on the pitch, decode very quickly  the character and structure  of a game are experiences that one cannot  easily pick on the shelf.  Besides, his presence on the post sends very powerful signals to strikers because of his ability to calculate with precision. His presence in the goal post equally exhumes confidence, trust and reduces the chances of hypertension for the rest of us watching on television. And he never allowed that to enter into his head. Why then are some people afraid of his return?

It is worthy of note that when Vincent Enyeama left the national team, he did not do so with fanfare and great memories as expected. He left under painful, controversial circumstances that could have been avoided. From public information, Enyeama was said to have been stripped off his Captain’s band while he was away for the burial of his dear mother in his native Akwa Ibom State. The dust raised by the decision and chain of reactions that followed complicated the crisis. And he was ignored by those who should have immediately intervened.  Before the ugly development, followers of the Super Eagles believed in Vincent Enyeama as a loyal, patient, dedicated, humble, creative and dependable goal keeper ready and willing to sacrifice for his country. He was also the presiding pastor and spiritual leader of the Super Eagles before, during and after every match. The ‘ambush” of  Enyeama’s and his apparent “humiliation”while away at his mum’s graveside was  crude, insensitive, lacking in  sympathy, empathy, support and compassion. It was an unfair and an ill- timed decision with huge moral burden. His anger, feeling of betrayal, and disappointment which led to his hurried exit could be justified, when one puts in context the deep loving relationship between him and his late mum.  Those who plotted Enyeama’s exit during a most trying moment of his life actually hit him below the belt.  But Enyeama must put all that behind him now as history. He must move on. While Nigeria is yet to recover from the moral crisis of rewarding Enyeama with a bad coin inspite of his valuable, exceptional service to his country, the time to let go has come.  While one notes and in fact applaud the amazing job so far done by the Super Eagles Coach, Gernot Rohr with stoic support of the NFF led by Amaju Pinnick, the recall of Vincent Enyeama is one more hurdle they must cross. And the time is now. This bold decision will simply nail the coffin on Eagles preparation.  Let the request be formally made publicly for Enyeama to have a soft landing. I have no doubt that Enyeama will not let his country and his numerous supporters down especially at this time. No matter how it is presented, a half –fit Enyeama is  better in Russia  than the current plot to “gamble” with those eager to learn on the job.  Amaju Pinnick’s NFF, Gernot Rohr must note that since the 1994 squad, at no other time in the history of Nigerian football, is our country ready to take the world head-on than now with the squad they have laboured to assemble. We therefore need to seize the moment. Examples are common of many football nations that put pride aside and recalled their stars from retirement to fortify their teams when it mattered most. It happened in Chile, neighbouring Cameroun with Roger Milla and recently in Egypt. The triumph of the Pharaoh’s of Egypt in the last African Cup of Nations was dependent on the experience of their national goal keeper recalled from retirement. Enyeama’s recall with every encouragement extended to him to strengthen the Super Eagles squad to Russia will be in the overriding public interest. His country needs him as much as he needs his country Russia.

The member representing Arochukwu/Ohafia Federal Constituency in the House of Representatives, Hon. Uko Nkole on the 30th of December, 2016 at the residence of Mazi ...