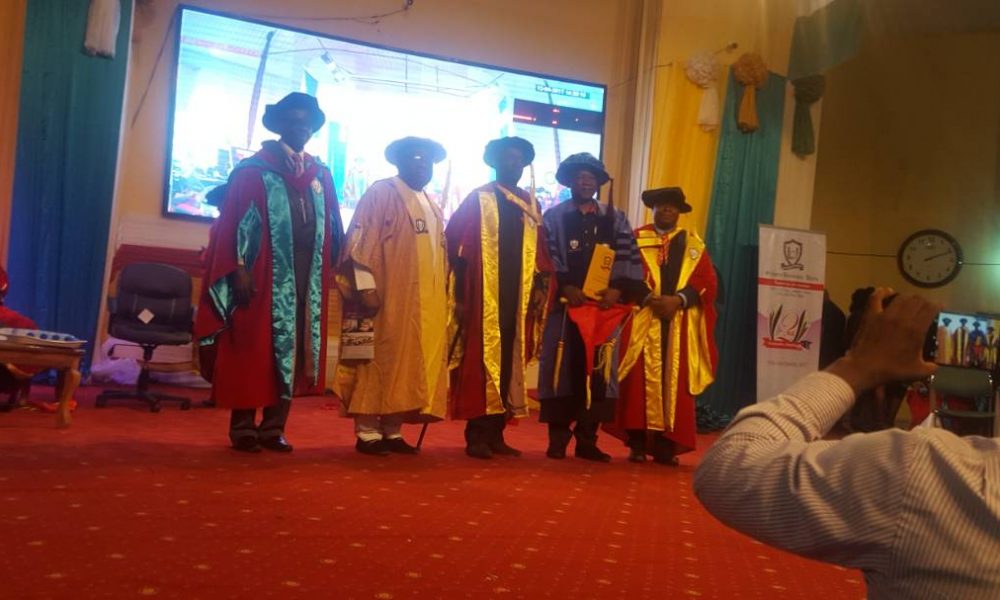 Mazi Sam Iheanyichukwu Ohuabunwa, OFR, was on Saturday the 9th of December, 2017, awarded an honorary doctorate degree by the Gregory University, Uturu, Abia State on the occasion of the institutions second convocation ceremony. The event which took place at the convocation arena of the institution, also witnessed the award of various degrees to many students and other prominent Nigerians.

In selecting Ohuabunwa for the award, the institution stated that it was in recognition of his lofty achievements over the years and his leadership roles and numerous contributions to societal growth and improvement. It went further by equally recognizing Ohuabunwa’s tireless efforts in the promotion of educational development and youth empowerment.

A pharmacist, businessman, lay worker and community leader Mazi Sam Ohuabunwa  was born in 1950. He retired as the President and CEO of Neimeth International Pharm. Plc an organization he led through a successful management buyout, the first in Nigeria. He is a past President General of Nzuko Aro and also a director of Aro News Publications Ltd amongst several other organisations.

He is married to Stella and they are blessed with children and grandchildren.

A mild drama happened recently in Aro. A woman in her late 60s was rejoicing home after baptism of her grandchild. Her teenage-daughter -mum, cluster ...