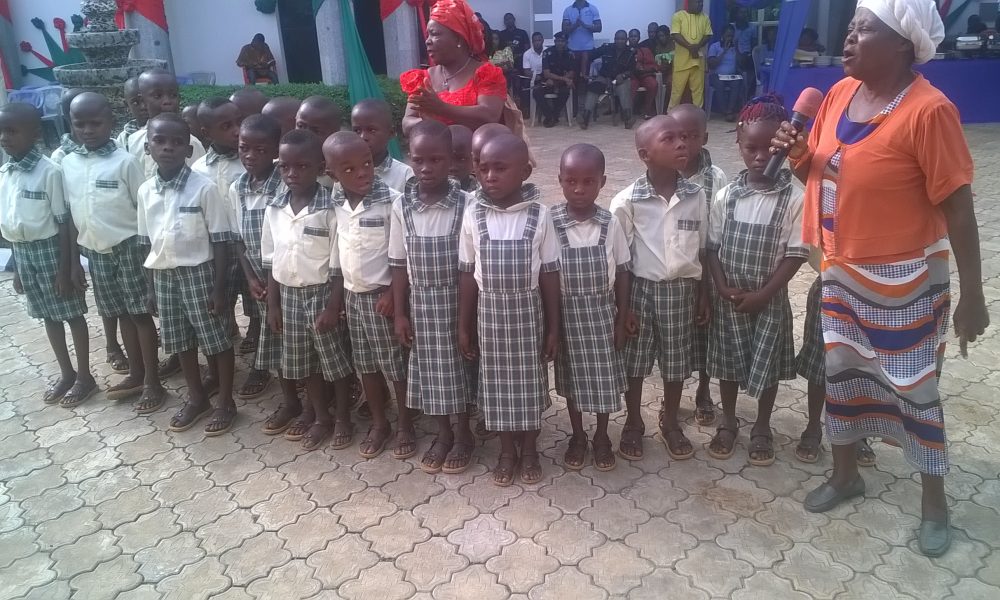 History was made on Thursday, the 28th of December, 2017 at Ugwuavo village, as the first truly free education institute was unveiled.

Conceived by a United States of America based medical practitioner, Emmanuel International School, named after its founder, Dr. Emmanuel Nwadeyi, was unveiled by the lawmaker representing Arochukwu/Ohafia Federal Constituency in the House of Representatives, Hon. Uko Nkole Ndukwe.

Pupils of the institution will enjoy from inception until the end of their secondary school education, free school uniforms and bags, free exercise and text books, free launch, free school furniture and tuition. Also a vehicle that will convey them to and from school was equally provided by Dr Nwadeyi. On what informed his decision to set up the school, Dr. Nwadeyi explained that it was his desire to give back to the society and lift the less privileged as well as making sure that every trainable child has access to qualitative education.

In his remarks, Hon. Uko Nkole praised the efforts of the founder for setting up the institution and called on other well meaning Nigerians to emulate the good example of Dr. Nwadeyi. He charged teachers of the institution not to let the dream and vision of the founder fail, as he called upon them to give their best to the pupils.

Guests were entertained lavishly at the residence of the founder while pupils of the school made a special musical rendition.