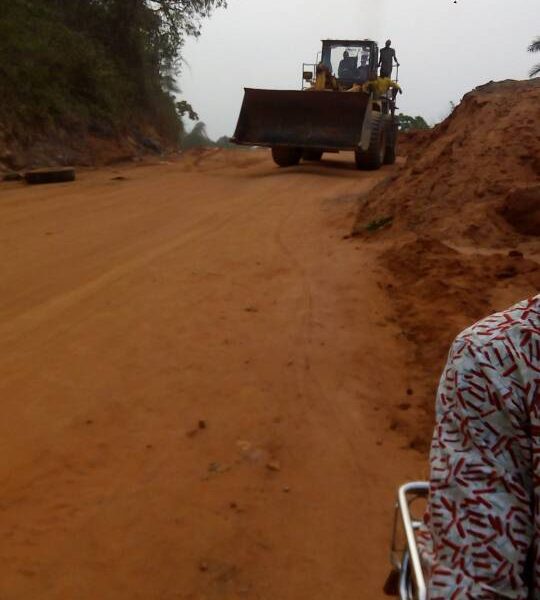 In the months to come, it may not be gnashing of teeth after all for Arochukwu travelers, as finding motorable roads to journey home is looking real.

After several years that the Arochukwu-Ohafia road had become progressively impassable, Arochukwu people had turned to Odoro Ikpe-Ikpe Ikot Nkon-Obotme-Arochukwu road (aka Uzo Nkana) as alternative, which however served only during the dry season.

But lately, the Akwa Ibom State government has been magnanimous to commit resources to fix the road, conscious that it would enhance trade, and open up their rural communities along that route.

As recently as December last year, Governor Udom Emmanuel had assured the communities in that axis of the State (and indeed Arochukwu people) that his government remains resolute in fixing the road, projecting that it would be completed by May this year. Ever since, construction work has been going on at impressive pace.

Aro News correspondent visited the road in the third week of March, to assess the progress of work.

Part of our observation was the piling work that is being done on the 102 meters bridge while the grading of Ugwu Nma Bassey was in progress. Also, construction of drainages and grading were going on after Ugwu Nma Bassey towards Arochukwu.

A staff of the construction company, Peculiar Ultimate Concerns Limited, who spoke with Aro News expressed hope that the road will be completed on schedule.

The Akwa Ibom State Commissioner for Housing and Special Duties, Mr. Akan Okon who represented Governor Udom Emmanuel at the unveiling of the Arochukwu Civic Centre on December 26 last year, had assured that the road project will be completed on schedule.