FAYA Lagos gets new exco, as authority leaves on a high 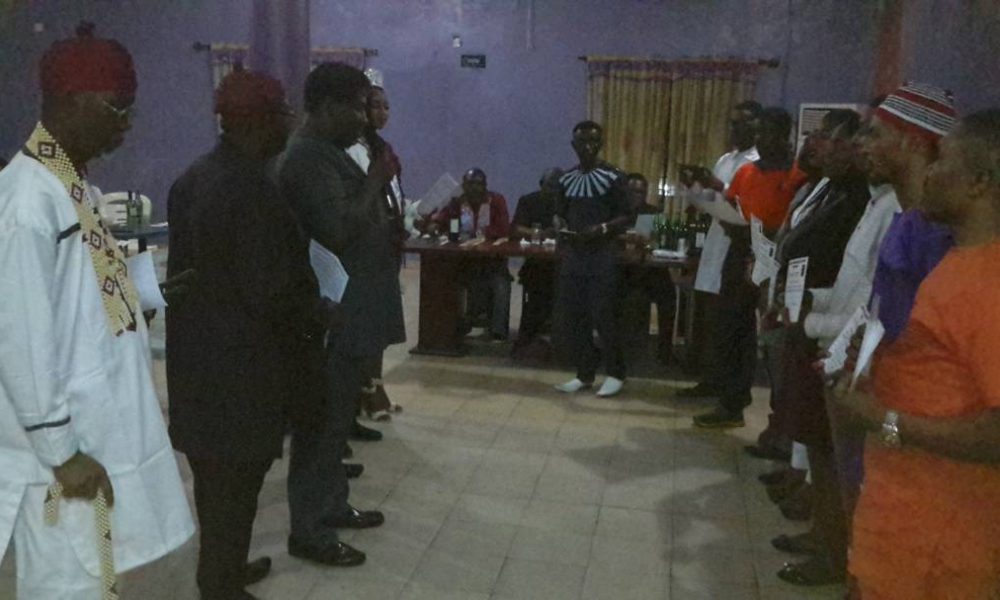 Members of the Federated Arochukwu Youths Association (FAYA), Lagos branch gathered at the Meals and Events Centre, Nwachukwu drive, Lagos, on the 19th of November, 2017 to elect a new exco saddled with the responsibilities of piloting its affairs for the next two years.

In a colourful handover ceremony which took place at the same venue on the 17th of February, 2018, the outgone Chairman, Godswill Chile Ogbonnaya (Authority), in his handover speech, recalled some of his administrations achievement which is not limited to the following; the production of a constitution for the union; opening of a functional bank account; introduction of executive meetings; hoisting of Nzuko Aro Lagos branch amongst several other achievements.

Authority stated that his administration was able to achievement the above mentioned feat and many others in spite of the little chance given to it to succeed after it took over from Ernest Onuoha.