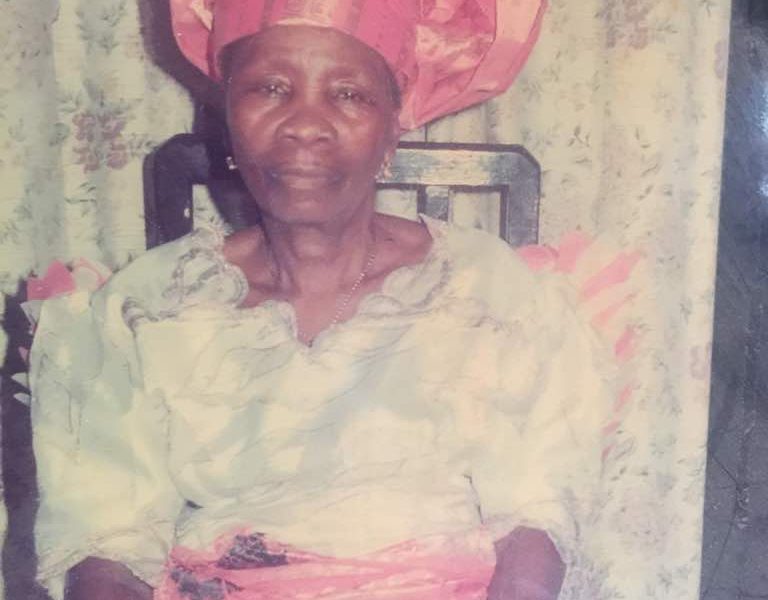 At 99 years, the transition to eternal glory of Madam Ezinne Rossana Okpara should rightly be a celebration of life than otherwise. She surely braced the winning tape of her life’s race to eternal glory and she ran a good race indeed.  Born into the famous Okororji family Dynasty in Ujari in early 20th Century, Madam Rossana was married to Mazi R.O Okpara, an educationist from Amankwu village in Arochukwu. To be educated those years in Aro was certainly a big deal as they were quite few given the rare opportunity available then. This may have explained the source of Mazi Okpara’s courage to ask the hand of an Okororji Matriarchin marriage un intimidated by the awesome pedigree and towering image of that family in Aro history. As always, the take away from Mazi Okpara’s bravery is that education prepares and emboldens you to go for what you desire notwithstanding the associated challenges. No wonder Prof S. O Igwe, an international authority in Comparative Education and one time Vice Chancellor of IMO STATE UNIVERSITY defines an educated person as ‘ one who knows what he wants and understands how to achieve it”

I may have been too young to follow all the achievements of Madam Ezinne in her active years, but close relatives and admirers of the late Amazon describe her as a woman of substance, a community leader, home maker, an astute business woman and above all a devout Christian. However, I do not feel any sense of loss for the simple reason that I grew up to know her famous son- Mazi Okereke Okpara- Ugwu Aro and distinguished member of the highly revered Body of Patrons of Nzuko Aro Worldwide. I have known Mazi Ikpo since the early 80s as a young (NYSC) corper serving in Ogun State. I once accompanied Mazi Ikpo with my brother and friend Mazi Kanu Okafor alias Ekpo Ekpo to visit her then fiancé, now his amiable wife, Mrs. Ijeoma Okpara in Lagos. That was my first contact with Mazi Ikpo and I was impressed with his sense of responsibility, composure, empathy and friendly disposition towards all including yours sincerely even when he had never met me before then. Therefore, for me, Mazi Ikpo mirrors and confirms the sterling qualities of her late mother since according to Aro proverb “ Ukwukwaanagiami Okwuru”

When the news broke out that Mama Ikpo had transited to glory, the refrain among many Aro elites was that this was certainly going to be an Aro event. To put it succinctly, they described late Mama Ikpo as “Ozu Aro (meaning Aro corpse). A few may not understand the wider implication of the above refrain and that is exactly why I decided to do this piece.

Mazi Ikpo is like the proverbial Elephant visited by 10 blind men. The blind men can only feel the elephant having been physically challenged to see it. Some of them touched the elephant’s leg and concluded it is surely an Iroko Tree; others touched the trunk and believed thatit is a huge wall of a big building, while some touched the tusk and described it as a long bridge. To all the blind men, the elephant was described according to the part they touched and therefore it meant so many different positive things to each and every one of the blind men.

Analogously, Mazi Ikpo represents many different positive things to different people who encounters him. Those who admire him as a leader point to the fact that he does not shirk the responsibility of leadership when one is required. In AROSON, he is a pillar of progress, helping to mobilize people and willing to give support to progressive ideas that has seen the social club grow from strength to strength. As a Patron of Nzuko Aro he is ever willing to sacrifice his time and resources to ensure that his community, Aro is on the trajectory of development. Mazi Ikpo does not only ensure that his village Amankwu community development is on course but he intervenes to ensure that other community development associations are up and running as long as it contributes to Arochukwu development.

As a socialite, Mazi Ikpo is someone who constantly wants people around him to be happy and spares no resources to create it is one is lacking. It is on record that he sponsored his Christmas Party for over 15 years back to back in the 1980s and 1990s. Indeed many look forward to Mazi Ikpos party on every 27th December where choice wine, good food and fine music were served freely and satisfactorily. No doubt, Mazi Ikpo remains a Party Rocker any day as his hilarious wise cracks and sometimes caustic admonitions keeps party organizers on their toes to give their best. His natural plus size and visibility makes him a golden fish without a hiding place in any social event and turns him into an instant celebrity.

As a philanthropist, Mazi Ikpo willingly takes pride in being part of solution to other people’s problems. From the deepest recesses of his empathic mind, he donates his time and resources to ensure that friends and family who are in pains are not left alone to suffer. I am a beneficiary of his benevolence because Mazi Ikpo drove all the way from Lagos to attend my traditional wedding in Aro and stayed with me throughout the ceremony. I was humbled by that show of love and commitment. Mazi Ikpo spends fortune attending people’s events all over Nigeria without minding the resource cost to him. I once asked him whether he ever bothered about the cost of such visits to which he quipped “What is life after all if not that friends and family find you by their side at happy and sad times”. I was nearly moved to tears by this show of selfless empathy and commitment to always be relied upon by friends and family.

As a Pacifist and Aro Peace Ambassador, Mazi Ikpo has been at the forefront of resolving conflicts however intractable between individuals and communities. When Mazi Ikpo weds into a conflict, he evokes bi- partisan trust rare to find in many peacemakers. Every party in the conflict simply believes he or she will get justice from Mazi Ikpos intervention. In the hey days of the Ugwuavor land conflict, he was all over the place talking to parties including village town unions to ensure that the matter was resolved amicably. Everyone was willing to listen to Mazi Ikpos counsel and his intervention helped a lot to douse tensions in those very challenging days. Parties in conflict naturally invite Mazi Ikpo to mediate because of his forthrightness, impartiality and commonsensical justice often delivered with open mind and deep conscience.

As a business man Mazi Ikpo is something else; aquintessential marketer with uncommon gift to sale ice to the Eskimos and coal to Newcastle residents without much effort. As I write, Mazi Ikpo has sold more than 10 pairs of shoes to me even when I complain that the ones I bought from him is still not fully used. To convince me, he would look straight into my face and call me by my first name, ‘Kanu”, then,  he would pick the shoe, kiss it and handle it as  if it was breakable and tell me that he is giving it to me at half the price to others because he “loves” me. Whether the price he offers me is double or triple of the cost of the shoe only Mazi Ikpo can tell having swept me off my feet with his marketing skills.

Ladies and Gentlemen, I am of the view that of all the legacies handed down to us by Madam Rossana Okpara, the greatest is giving us her son Mazi Ikpo. In Mazi Ikpo, Late Madam Rossana Okpara gave Aro community a Leader, a Peace Maker, a philanthropist and an astute business man. Mama, we will miss you but we shall take solace in the enduring legacies you left us with including sharing your son Mazi Ikpo with Aro as a community, Ndi Igbo as a tribe and Nigeria as a nation.

MAMA IKPO, Adieu and Rest peacefully in the Bossom of the Lord. AMEN!

Eetired civil servant and community leader turned 70 on the 15th of February. A native of Ndiakaeme Uno, Arondizuogu, Ozuomee was educated at UNA School ...