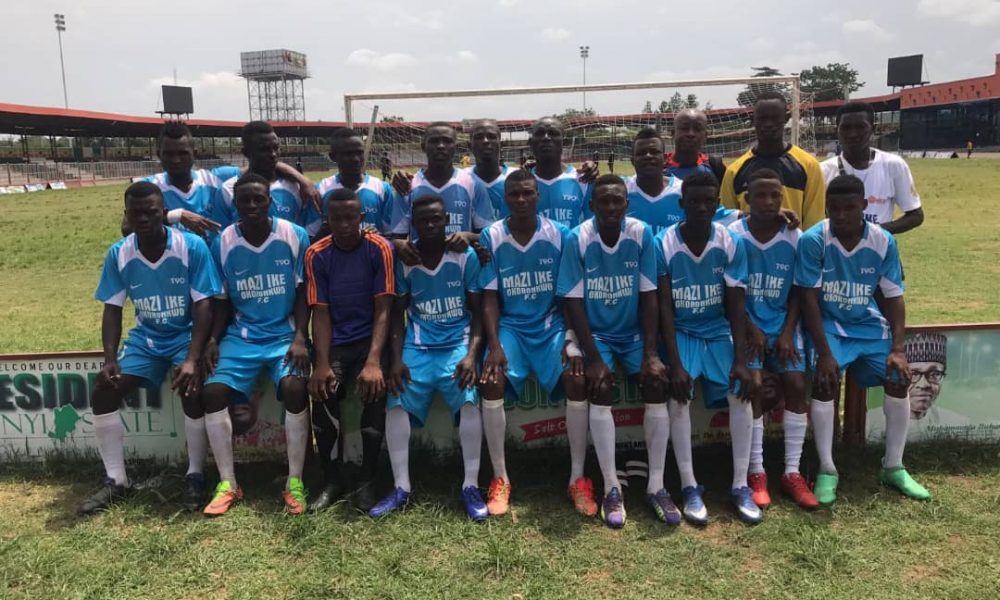 Amuvi village, on the 1 st of April, 2018 emerged the winners of the maiden Mazi Ike Okoronkwo Peace Cup.

In the final match played before a capacity crowd at the Abia State College of Education (Technical) pitch, Amuvi defeated Amangwu 3-1 on penalties after the match ended goalless at regulation time.

Uche Okereke, Amuvi’s goalkeeper emerged the hero of the finals as he stopped three penalty kicks from the Amangwu players.

Clement Olugbo of Amangwu village won the golden boot; Olu Chidiebere of Amangwu was adjudged the tournament’s best goalkeeper while Atani village went home as the best behaved team of the competition.

Information reaching Aro News indicate that about six players from the United team, who shone brightly at the Arochukwu and Abakaliki competitions, are currently in Europe undergoing trials with various clubs.

Worried by the dilapidated condition of the Aro palace which was an eyesore in the past, a prominent son of the kingdom Sir Victor Ikechukwu ...