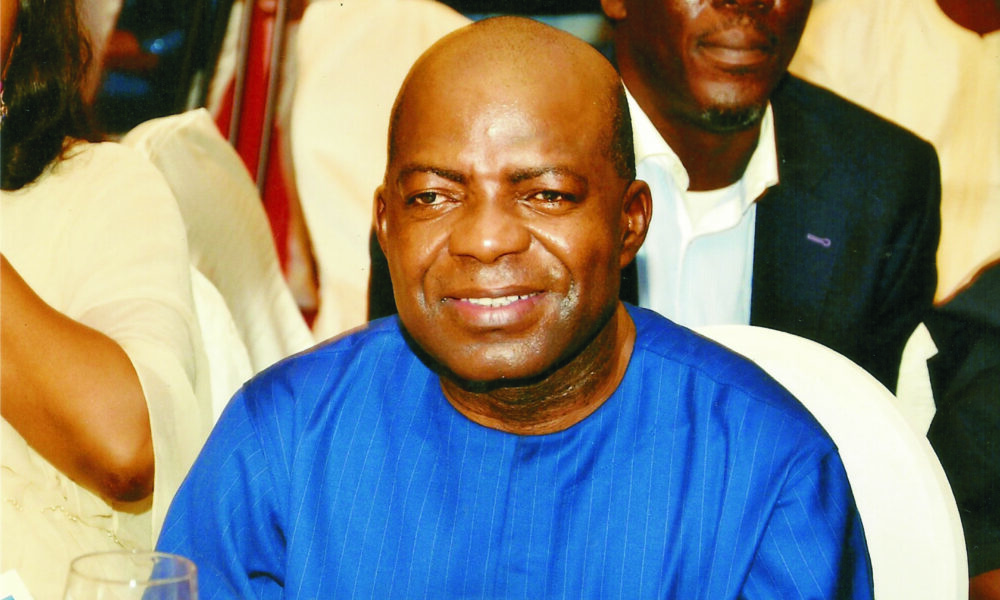 The 2015 Abia APGA governorship candidate, Dr. Alex Otti, on May 6, visited Isu community in Arochukwu Local Government Area to commiserate with the people over the boundary clash between them and the people of Itu in Cross River State, which resulted in the loss of lives and destruction of property.

Dr. Otti was accompanied on the visit by the member representing Arochukwu constituency in the Abia State House of Assembly, Hon. Lukeman Ukara Onyeani and a former chairman of the council, Mr. Nkem Okoro and several other party supporters.

First, the contingent made a stop-over at the palace of the traditional ruler of Isu, His Royal Majesty, Dr. Eze Ogbonnaya Eze, where they were briefed on the incident.

The royal father said the attack on his community by their Itu neighbours was a fall-out of the desperation for the control of limestone deposit in his community, describing the attack and the consequence as unprecedented.

He said the attack had a huge impact on his people, most of whom are predominantly farmers, regretting that they have abandoned their source of livelihood and fled to safety as refugees. He thanked Dr. Otti and his entourage for coming to sympathize with his people, and pleaded with him to intervene, to see that the Federal government deployed security agents, possibly soldiers, to establish a permanent security post at their border with Itu, to forestall further attacks, revealing that a member of his community was murdered in cold blood, after which he was beheaded.

Responding, Dr. Otti expressed sadness over the incident, sympathizing with the traditional ruler and his people, including another traditional ruler, Eze Michael Udo Kalu, whose autonomous community was the direct victim of the attack.

Otti regretted that people could resort to taking other people’s lives because of minor disagreement that could have been resolved amicably, and told the traditional ruler that he flew into Calabar from Lagos, where he met with the governor, Professor Ben Ayade and his deputy over the crisis.

According to Otti, Governor Ayade was saddened by the incident, promising to intervene.
Dr. Otti assured the traditional ruler that he would personally interface with the Federal authorities to ensure that a military formation is urgently set up in Isu, to prevent further attack and loss of lives.

Shortly after meeting with the royal fathers, Dr. Otti and his entourage proceeded to the school where some of the victims took refuge, to also sympathies with them.

He capped his visit by donating some relief materials and cash to the people, and promised to send his representatives on a follow-up visit, while he worked through the Federal government for permanent peace.