Failed ‘coup’ in Atani: The inside story 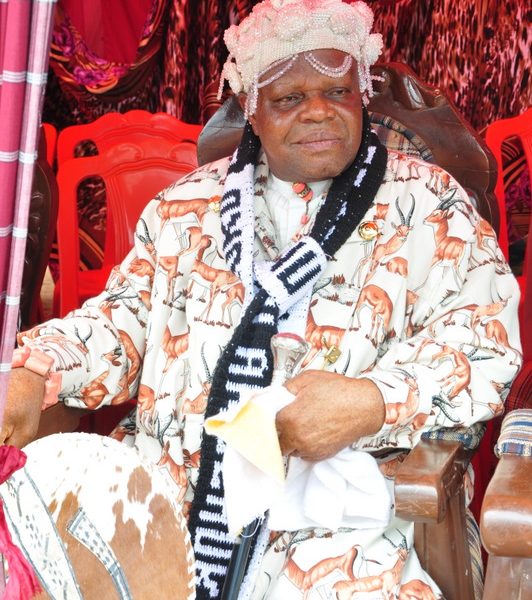 An attempt to embarrass Eze-Ogo Atani, Mazi Charles Kanu Okoro in the guise of dethroning him received prompt condemnation from Atani village, just as the plotters received commensurate traditional punishment.

Aro News learned that on the eve of 1st August, 2018, some indigenes of Atani, Arochukwu, including Mazi Bob Okereke and Pastor Obialo Onyerisara (popularly known as Obi Homeland) in concert with Eze-Ogo’s cousin, Mazi Obasi Ajah, allegedly conspired to obtain signatures of Atani indigenes resident at home to pass a “Vote of No Confidence” on Mazi Charles Kanu Okoro with a view to dethroning him.

The persons approached to sign the document, it was gathered, shunned the plotters, engaging them in arguments as to what had gone into their heads to contemplate such an action, reminding them that they action amounted to sacrilege.

Undaunted, the plotters reportedly went ahead to engage a town crier who sounded Ogele, summoning residents to Atani Hall for “a very important meeting.”

Aro News was told that few people, including two elders, responded to the invitation. The scanty gathering was said to have been addressed by Pastor Obialo Onyerisara, who tried in vain to convince his audience on the need to dethrone Mazi Charles Kanu Okoro as Eze-Ogo Atani and replace him with his younger cousin, Obasi Ajah.

Obasi Ajah, Aro News gathered, is one of the sons of the immediate-late Eze-Ogo Atani, Mazi Ajah. Young Obasi Ajah, after his father’s death, presided over the affairs of Atani as Arianzu (Regent) for a period of one year before the ascension of the current occupant.

Alleged ‘sins’ of Mazi Kanu Okoro, it was gathered, were that he hi-jacked Ovo Aro to Atani village as meetings of Ndi Eze-Ogo Aro regularly held in his palace instead of Council Hall in Oror, the seat of the Kingdom; he resides outside Arochukwu thereby ruling Atani from outside as well as cornered Governor Okezie Ikpeazu to his palace in Atani during the governor’s recent visit to Arochukwu, for ‘selfish reception’.

It was further learned that while Pastor Onyerisara was addressing his audience in Atani Hall, some of the plotters were outside planting native cannons (Nkpo n’ali) preparatory for firing to herald the crowning of Obasi, had the plot succeeded.

Some indigenes of the community who saw the cannons being planted reportedly raised the alarm to an impending disaster to befall the community had the guns exploded in the manner and reasons they were set. There and then, the courageous Umu Atani, including Mazi Chukwudi Okoronkwo, up-rooted the cannons and went into the hall to warn Pastor Onyerisara and his co-travellers of the dangers inherent in their wild goose chase.

According to sources, while the drama was going on in Atani Hall, Obasi Ajah was said to be relaxing in a corner waiting to be ushered in to be enthroned the new Eze-Ogo Atani. Other sources further said that as soon as the plot failed, Obasi took to his heels and fled the village, up until the time of filing this report.

Though the plot to overthrow Eze Charles Kanu Okoro was aborted, the community was reported to have frowned seriously at the incident as the Eze-Ogo Cabinet reportedly met in emergency session to review the development; the activities of the ‘coup plotters’ and the consequences of their action.

The cabinet meeting, which was enlarged to include Atani elders and Uke n’achi Ogo (Age Grade in-charge of local administration), our source revealed, decided to convene a town hall meeting to brief the people on the development.

Atani Hall was reportedly filled to capacity during the meeting, also attended by Mazi Bob Okereke and Pastor Obialo Onyerisara. The duo who were said to have owned up to their actions and activities, did not show remorse.

At this point, it was further gathered, a representative of Ndi Ujah Compound (Pastor Onyerisara’s family) distanced the compound from the activities of their Pastor brother, announcing: “Obi Homeland is on his own.”

While reviewing the development, Atani elders were said to have indicted the Ndi Egwuagu Akpa family (the ruling Royal family) for its nonchalance over the role played by their son, Obasi, as there was no evidence to the fact that he (Obasi), seen to nurse some inordinate ambition, was called to order by his family.

Atani elders, who presided over the town hall meeting, having x-rayed the whole episode and its implications, delivered a verdict of guilt on Mazi Bob Okereke, Pastor Obialo Onyerisara and Egwuagu Akpa family.

Comparing the action of Mazi Bob Okereke and Pastor Onyerisara to mutiny in the armed forces which punishment is death by firing squad, Ndi Ochie Oche said the times had changed and accordingly decided that Pastor Obi Onyerisara should purge himself with one goat, 10 tubers of yams, two kegs of palm wine, two bottles of quality brandy, eight Igbo kola nuts and other items.

The same punishment was also meted out to Ndi Egwuagu Akpa family for negligence and nonchalance, while Bob Okereke was fined Ngwa Isii.

Reacting to the development, Eze-Ogo Atani, Mazi Charles Kanu Okoro, told our correspondent that he was not perturbed because, according to him, the spirits of envy and jealousy were working in his subjects, describing them as miscreants.

Eze-Ogo Atani stated that he saw no other reason for what the trio did other than envy, explaining that he had so glamorized Eze Atani stool that enemies of progress have become envious of its occupant.

He thanked Umu Atani (men and women, the youths and elders) for rising in total condemnation of the evil act, observing that, but for their prompt intervention, Atani could have been thrown into unnecessary embarrassment.

The traditional ruler further explained that though the traditional aspect of the matter had been handled by Atani elders, the criminal aspect which involved planting of dangerous weapon such as canons was being handled by the law enforcement agencies.

“By planting missiles in Atani, what they could have caused Atani is better imagined that discussed. What they did in respect of the Nkpo n’ali is a criminal act for which I had to report to the appropriate law enforcement quarters. Right now the Police are handling the criminal aspect of the matter.”

Mazi Okoro expressed surprise that it is Nwa Atani that would complain about Ndi Eze-Ogo holding meetings in his Palace, noting that Pastor Onyerisara acted in ignorance because the hosting of meetings in his Palace was a collective decision among Ndi Eze-Ogo, a development which arose from a situation that took place in Oror sometime ago and which had not been settled.

On Abia State governor being ‘hijacked’ to Atani for a brief reception organized for him by Ndi Eze-Ogo, Eze-Ogo Atani also expressed disappointment that one of his subjects should condemn the arrangement instead of feeling proud that Atani hosted the governor on behalf of Arochukwu because there was no other arrangement by Arochukwu Kingdom to receive the governor in Arochukwu during the grand civic reception for him organized by Arochukwu LGA.

“In the absence of an arrangement by Aro to receive the governor, Ndi Eze-Ogo made a contingent arrangement to ensure that Arochukwu took its right of place during the governor’s visit and venue for the reception was my Palace as agreed by the Eze-Ogos.

“Note that Eze Ibom Isii and Eze Ezeagwu left Arochukwu Kingdom to Ihechiowa to receive the governor, ostensibly on the platform of Arochukwu LGA Traditional Council whose chairman, Eze Linus is from Umuzomgbo, Ihechiowa, yet Arochukwu is the headquarters of the LGA where the reception by the Traditional Council ought to have taken place,” Eze Atani explained.

He disclosed that Ndi Eze-Ogo decorated the governor with Omu Aro george, jumper, cap and walking stick, attire in which he attended the reception at Aggrey Primary School field, Ibom, Arochukwu.

Admitting not ordinarily residing in Atani, Mazi Okoro described the charge of “ruling Atani from outside” as that of giving a dog a bad name in order to hang it because he was always in his domain two or three times every week to attend to his official duties and always on hand during emergencies, stressing the Atani community does not foot his transportation bills neither had he complained to anybody.

According to him, the important thing is performance of duties, not where one resides, stating that Umuahia where he resides is less than two hours journey to Arochukwu, and also pointed out that he is not the only Eze-Ogo in Arochukwu that resides outside the Kingdom.

The human memory is rather short. On the 31st of December, 2009, Arochukwu was thrown into turmoil. All the preparations for the  crossover into the ...