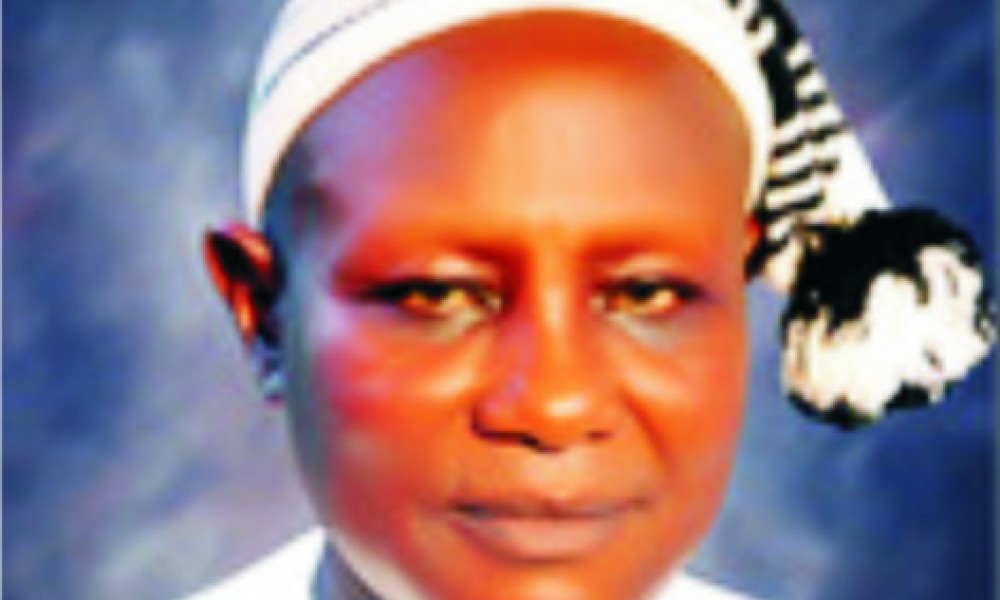 Aro News: PSG, Good to see you again. what is happening in Nzuko Aro? You are their voice.

PSG: Thank you Ugo and congratulations to the entire team of Aro News for sustaining the standard and quality of this tabloid. When I look at the caliber of Aro elites writing on the paper, I feel excited because of the quality of the ideals and opinions they contribute. I think you are doing well and we commend you. This platform is selling Aro Kingdom.

Aro News:  So what is up in Nzuko Aro now?

PSG: Well, let me begin by appreciating the level of commitment to Aro course by the present Nzuko Aro led by Mazi George Ezuma. This team is focused and determined to push Aro Kingdom to “Kilimanjaro” mountains. Our major priority is to ensure there is peace in Aro and development and indeed they are using all “Umu Aro that matter, their personal connections and contacts to achieve their objectives. They are succeeding from all intents and purposes.

Aro News: You talked about peace in Aro, How will you describe the presence of peace in Aro Kingdom because many Aro villages are in turmoil.

PSG: This is a very tempting question, but there is an answer for  you. Yes, there is no doubt that some Aro villages are not working together. This I agree with totally, but Nzuko Aro is doing everything It can to bring all villages to agree that peace is sine qua non in every community. We have been having series of meetings and programmes with Ndi Eze Ogos on the need to hold their villages intact. Nzuko Aro has been working with Ndi, Eze Ogo, and many of them are doing well. The sad aspect of the whole crisis in many Aro Villages today is that these crisis are being sponsored by some Aro leaders. Many of these villages are divided and some in factions because the Aro leadership have refused or maybe for their material gains looked the other way from addressing these crisis objectively. Eze Aro and his cabinet can checkmate these village crisis if they so mean it.

You will agree too that because of crisis, the 19 Eze Ogos in Aro are not speaking in one voice. This is sad and not in the interest of the kingdom. Something has to be done about this and fast too before the matter gets out of hand.

Look at the attendance and participation of Aro villages at Eke –Ekpe Day during the Ikeji, Festivals. Very disappointing

Despite all efforts Nzuko Aro is making to attract Aro villages to attend Ikeji Festival, how many villages attend the memorable  Eke – Ekpe Day in one accord. Very few of them. The reason is that many Aro villages are in turmoil and this must be addressed. Aro leadership, stakeholders should join the efforts of the present Nzuko Aro to return the kingdom to its jolly old days. The Ezes who trade with Aro peace and development should know that Aro ancestors still have their eyes open and if we still believe in their powers, their fear is the beginning of wisdom,  by perpetrators of evil.

Aro News : That was a very fine analysis. Thank you and we hope they will hear. Now you held your last CEC Meeting in Abuja on 28th April, 2018. What were you discussing?

PSG: Well, my brother, you know too well that whenever and wherever we meet, we discuss Aro welfare. So we were in Abuja to discuss Aro matters. Issues bothering on peace, unity, security, development of the kingdom were on the front burner. Far reaching decisions were taken on several issues staring the kingdom on the face. CEC also discussed the infrastructure in Aro especially the deplorable condition of Aro/Ohafia road. We also commended the likes of Dr. Alex Otti, OFR and Senator Mao Ohuabunwa for embarking on the rehabilitation of some internal roads in Aro and called on other well meaning and patriotic Aro sons who are connected to use such links to better the lots of the kingdom. The PG, Mazi George Ezuma used that forum to call on the Federal Government to do the needful on Aro/Ohafia road, and to Abia State Government to turn around Ndi Okereke Abam road and reduce the sufferings of the people. He called on Aro politicians to unite in one voice, promising that Aro community will vote any Aro son or daughter gunning for any position in the 2019 elections.

Other issues  discussed by CEC meeting include Aro website, Arochukwu Development Fund, Constitution Amendment, adoption of common burial ceremony in Aro and of course the inauguration of 2018 Ikeji Aro Festival.

Aro News: A nice one PSG but one of the decisions taken at the Abuja conference was the inauguration of the 2018 Ikeji Committee, tell us about the committee and what Aros should expect  in the 2018 Eke – Ekpe Day?

PSG: Yes the 2018 Ikeji Aro committee is headed by Dr. Azubike Okoro. He took over from Dr. Orji Ogbonnaya Orji who had chaired this committee for two straight years and left a legacy that Dr. Azubike  led committee will work hard to surpass. Inaugurating the committee, the PG, Mazi George Ezuma charged them to work hard and ensure better packaging of the event. He reminded them of the task ahead of this assignment but was hopeful they will deliver, noting that the personality involved are great and purposeful men who strive for excellence in their endeavours. Dr. Azubuike who spoke on behalf  of his committee promised to do  the best to ensure a land mark success adding that he will need the cooperation of Nzuko Aro and other prominent Aro sons to achieve his desire for the 2018 Ikeji Festival. Other prominent members of the committee include, Dr. Friday Ohuche, Dr.  Orji Ogbonanya Orji, Mazi Nwosu Nwaka, 1st vice President (Nzuko Aro) Chief J.C Imuoh, etc. Nzuko Aro is very optimistic that Aros and friends will find it difficult to recover from the 2018. Eke – Ekpe day because everything is in place. The villages would file out in their cultural dances. Our brothers in Diaspora are warming up for this great Event. Ekpe Aro will be on display, Nigeria Breweries, Plc MTN would all be there to spice up the event and gave away prizes.

Aro News: Thank you PSG. Aro News will be there live. But again, with this kind of elaborate planning, how about security?

PSG: Security plans are not blown open like that. I am aware that there will not be any space for any criminal to operate. Total security   on Eke – Ekpe day is signed, sealed and delivered. I will just use this opportunity to advise trouble makers, hoodlums to stay clear from the venue of the event or risk their lives. The security will not take any unruly behavior for granted. So be warned. Stay in your house if you have no business at Amaikpe square on Eke –Ekpe Day.

Aro News: We heard of a CEC meeting scheduled for 1st Sept 2018 in Port-Harcourt. How come it did not hold again?

PSG: Yes, there was an arrangement for a CEC meeting in September, but again, members thought it would be a task to hold the meeting in Port-Harcourt and return for Ikeji Festival. Those arguments gave impetus to the change of the meeting to 27th October, 2018 still in Port -Harcourt branch. So all roads will lead to Port -Harcourt in October for that all important meeting.

Aro News:  I am afraid, we have to begin to summarise this discussion, thank you our able PSG for updating us on all Nzuko Aro activities. God bless you.

PSG: Bless you too my brother Ugochukwu. We are all deep neck in Aro thankless job and indeed, we derive joy doing so because that is the legacy we are leaving behind’ Nzuko solicits for the support of all and sundry to take Aro Kingdom to another level. We salute Eze Aro, His Majesty, Eze Vincent Ogbonnaya Okoro CFR for the much he is doing to keep Aro at peace. We also salute Eze DR. Kanu Nwa Kanu (Eze Ibom Isii) and Eze Okoroafor Uro, Eze Eze Agwu) for sustaining the tenets of Aro culture and tradition. We charge them to work even harder and very objective too to ensure that Aro Kingdom is united in peace. It is their duty to ensure a peaceful Aro Community. Let me also appreciate my Secretary, Miracle Onyemata for assisting me to package this work even when the editor of this paper, Ugo Okoro, was bulling us to meet his deadline. Let me wish you all happy Ikeji Celebration and advise you to play safe while enjoying yourselves.

Biochemist and businessman turned 57 on the 20th of February. A native of Atani village, he was educated at Union Secondary School, Awkunanaw and the ...