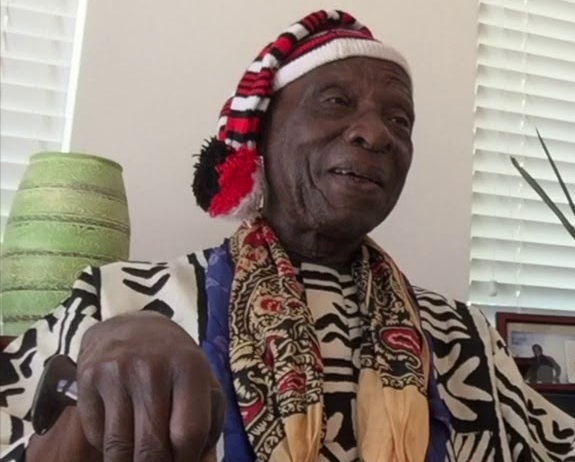 The Ikeji is the yam festival celebrated to mark the end of an old year. The Aro celebrate Ikeji in the month that coincides with the Gregorian month of September, although in some years the celebration time-table spills over into early October. The end of Ikeji does not necessarily mark the beginning of another farming season, as it opens a harvesting interlude that leads into harmattan and months of dry season when no one farms but yams and coca-yams lie in the barn, a period generally referred to in Aro as Onwaato Aro(the three months of Aro).Several events are associated with the Ikeji Festival just as Ikeji signifies a number of things-

DAY ONE (1) AFOR OKPO NA-ZA AWADA
Ikeji commences on AforOsu day of the Ututu. On that day, members of the Otusi (clan) of Amata sweep the Awada (ancestral temple) of AkumaNnaUbi at Ugwuakuma village.

DAY TWO (2) AFOR ARO NA-ZA AWADA
Members of the Otusi (clan) of the Amaja sweep the Awada of Okennachi at Oror village. Other Otusis present are Okennachi, EzeAgwu, Bianko, UmuNnaOkwaraAgwu. Only the determined group are allowed to witness the occasion. The attendants come wearing bells on their waist and carrying gongs, both instruments producing resonant sounds.

DAY THREE (3) AFOR NDULASA NWAEKPE
NwaEkpe literally ‘the child of Ekpe’ (different from the secret cult Ékpé) but in fact a symbolic representation of the royal ancestors is led home. All nine Otusis (clans) in Aro go to Ugwuakuma village in different processions to offer sacrifice, people wearing bells around their waists while carrying gongs on hand. The ceremony ends at night and people return singing joyfully. On their return from Ugwuakuma, the talking drums (uvie) are brought down from where they had been left hanging since after the last Ikeji celebrations, rolled out and played. The uvie sounds only in the compounds of the most outstanding men of each village. The uvie is not usually brought down in a compound that is not ready with the relevant sacrificial materials. The sounding of the uvie is indicative that the Ikeji celebration has gone into full gear.

DAY FOUR (4) NKWO NKU
NkwoNku is the day following the Afor on which NwaEkpe was led home. It is a day on which women are expected to fetch firewood for their husband’s mother, their mistresses or close friends. The wood is meant for cooking while the Ikeji season lasts. It is indeed a friendly gesture of love and respect for elders.

DAY FIVE (5) EKE AGBA UDU
On this day, the aristocracy of Amuze section of the Aro kingdom offer sacrifice, Ibom Isii do not. The day is marked with unrestricted festivities. They move around and are feted wherever they entered.

DAY SIX (6) ORIE AWA
Fodder is obtained for the feeding of goats etc., while more firewood is fetched. Compounds and village squares are cleaned up to welcome Aros from the Diaspora.

DAY SEVEN (7) AFOR AWA
By this day, all Aro coming from abroad were expected to have arrived Aro. Cleaning up activities are rounded up. Everyone is in full holiday mood – men, women and children look spick-and-span. People were not expected to go to work (say the farm). Women spent time in body painting (ide uri and ide – nkasiani) which were traditional indigo cosmetic designing on the body, which is kept bare for the cosmetic designs to be seen and admired. Similarly, coral beads and cowries are worn to match. Today however, times have changed as women now prefer to put on beautiful clothing and some of these old traditional outfits are reserved for mgbede brides.

DAY EIGHT (8) NKWO NZUKORO
On this day, Aros are expected to do the last marketing for the season. Although Ikeji is a yam festival, the eating of rice (eresi) has been introduced in recent times on this day which on this account is also known as NkwoEresi. The day also marks the end of the year, as activities at midnight are largely a replica of what Christians now do on 31st December as they send – off an old year and usher in the New Year. After dinner, a vigil is kept and at midnight, there are spontaneous shouts of afolao, afolao (goodbye old year, goodbye old year), lighted and smoking firebrands are run long distances to the backyard, waved above the head and thrown headlong along gutters, behind compounds to drive away the evils of the passing year. The merry-making is usually crowned with the Obon society dances by initiated male members who take over control of the compound village squares that night, to the exclusion of women and uninitiated children and men. At the end of NkwoNzukoro, the Aro main market, Ncheghe, and the Eke Ukwu market, go into recess.

DAY NINE (9) EKE ODU
On this day, the Ututu people bring yams for the Aro to buy. The Aro eat new yam on this day. All marketing is concentrated at AmaIkpe in Obinkita village for, as we observed earlier, after NkwoNzukoro, the Ncheghe and Eke Ukwu markets go into recess.

DAY TEN (10) ORIE EGBUGBU
Early in the morning of this day, a succulent plant known as OKPOTO is placed at the entrance of each onunkpu (compound). The most elderly aristocrat of the compound offers a sacrifice before the arrival of dawn. Thereafter, about 7.00 a.m., every family offer sacrifice to its ancestors at the family ulonta, literally small house but an ancestral assembly hall where the family staff of office is reposed. Chicken and cows are sacrificed. Compounds that could afford it hired the Ututu to play Okon and Igeri music into the bargain. People are expected to tether their domestic animals to prevent them (especially goats and dogs) from tasting the ofor left at the ulonta. Any animal found tasting the ofor would be killed instantly. In the evening, families begin to cook an Ikeji delicacy called osu. This delicacy is only prepared by women of proven purity and decency in manners and behaviour although their aboriginal status carry more weight. The end of the cooking is heralded with gun shots, each gunshot representing each goat used for the meal.

DAY ELEVEN (11) AFOR OSU
The osu meal prepared the previous day is now presented to friends and well-wishers on the Aforosu morning by women. Visitors are also entertained with the delicacy. Members of each family are summoned to the osu meal by the exclamation AFOR OSU OKO-O! The word Okoo is an exclamation used by the Aro to signal an emergency.

DAY TWELVE (12) NKWO IBOM-ISII
On this day, Ikeji activities are centred in and around the Ibom village as the day’s activities purely concern Ibom-Isii. Other Aros attend as Ibom Isii guests. Plays and wrestling matches are on and attract the attention and witnessing of people from other villages of Aro; people demonstrate their skills in dancing and arts in contest mood, singly as well as in group (collective) display of power. Girls show their beauty in true or high quality maidenhood, while women dress and dance to suit the taste and style of their villages as they move and pass in waves of merriment before the EzeAro and his cabinet sitting in majestic appraisal in Ibom square.

DAY THIRTEEN (13) EKE EKPE AROCHUKWU
This is the climax of the Ikeji Festival when the Aro at home and in the Diaspora put on their best attire, assemble in the ceremonial arena at Amaikpe in their separate groups, with dances and masquerades, to make merry and celebrate with fanfare, pomp and pageantry. Girls who have gone through puberty rituals in preparation for marriage are let out on this day to dance in the arena, from where they are taken to join the bridegrooms. At about 6:00 p.m, people begin to disperse from the arena, and at nightfall, quiet replaces the fanfare and noise that characterized the day.

DAY FOURTEEN (14) ORIE UBI LEE AVO
On this day, the ofor(family ancestral staff of office) which was brought down on Orie Egbugbu in the ulonta is returned to its usual place of repose.

DAY SIXTEEN (16) NKWO NWUPU MMAI IBOM ISII
The aristocrats of Amuze and Ibom Isii assemble at the house of Eze Ibom Isii (Head of Ibom Isii Section of the Aro Kingdom) for drinking and further sacrifice. Libation is poured in all the ulonta in Ibom Isii. This day is also known as NkwoNzupuAvia (Nkwo market day) when the Ncheghe market that went into recess on Eke Odu (Day 9) is re-opened for business.

DAY SEVENTEEN (17) EKE NWUPU MMAI NA AMUZE
The aristocrats of Ibom Isii meet those of Amuze and jointly move into the palace of the EzeAro at Oror village for the final drinking; libation is poured in all ulonta in Amuze. This ceremony bring the Ikeji Festival to a close.

Note. Culled from an edited article titled “Ikeji Festival of the Aro of South Easthern Nigeria”, by Mazi E.A.C. Orji of Aro Orji, Uratta, Owerri and published in www.aronewsonline.com

Birkbeck PhD maths student Chimere Anabanti has been awarded a Gilchrist Educational Trust prize for the postgraduate researcher at the College who has made the ...