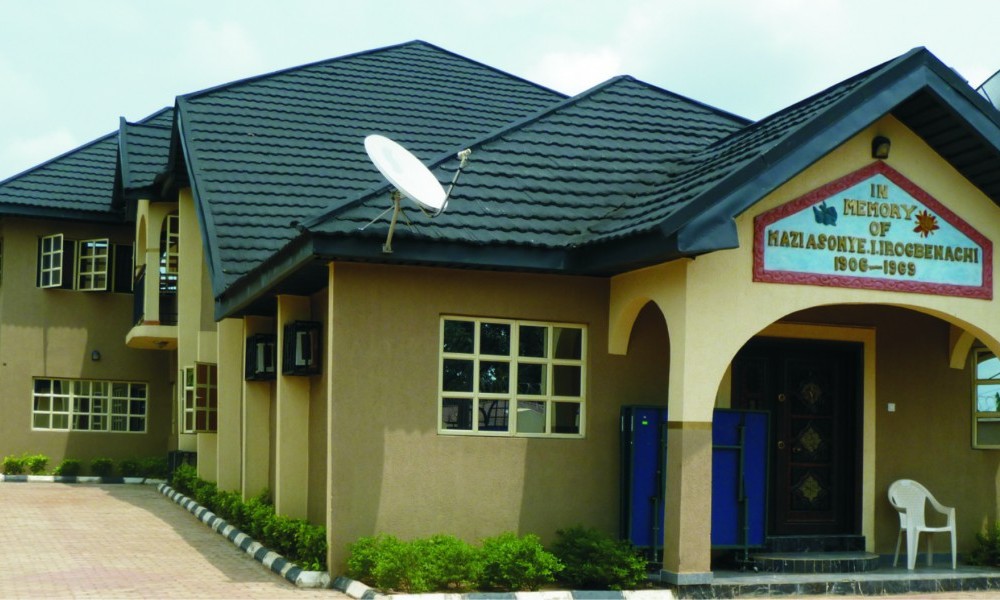 By the last count, there are not less than ten hotels in Arochukwu. They are located from Ugwuakuma to Amuvi, spanning the whole of Arochukwu, with nearly all the villages getting their chunk of the ‘new industry!’

In Obinkita, Erimma Guest House still stands as a colossal in addition to other hotels including the three-story one at Akama Road; then at Amannagwu (very close to Iyieke area, in-between Aggrey Memorial College premises and the new military check-point located in the area.) It is called NextGen Hotel, a gigantic edifice, part of which is still under construction. According to another source, a new hotel is also being built along the same area in Amannagwu.

What of Okey Unique House? Yes, this is one of the oldest in Amannagwu village and Arochukwu as a whole, yet another hotel is at Oror-Ibom axis, all existing in Arochukwu – a town with poor road network, weak economy, less industrialised and ghostly than all other urban centres in Abia State – Aba, Umuahia and Ohafia.

Following this development, Aro News went to town to sample opinions on the good and bad sides of hotel industry development in the town. In their opinions, two women of Isimkpu village said that the bad side of proliferation of hotels in Arochukwu was that the development could give rise to more criminal activities in the area. They were of the opinion that hotels serve as meeting points of criminals to come together and plan their evil deeds. They cited the 1st January 2015 First Bank robbery – insisting that the robbers could have planned their deal in one of the hotels in Arochukwu following the high-level success of that robbery that had lasted for hours.

At NextGen Hotel, Amannagwu, the reporter met three known sons of Arochukwu while drinking there, and posed the question to them too. In their replies, the were agreed that hotel industry was now the in-thing in Arochukwu but was quick to point out that out of the lot, only two  could really be called hotel in the real sense of the word, letting the reporter  know that there was a big difference between hotel, motel, and guest houses. One of them was also quick to point out that Arochukwu was yet to have a motel.

When the reporter visited majority of these hotels, nearly all of them were empty, as only one, two or three guests were seen in them; even at Ibom Guest House where the reporter had wanted to take a bottle of Stout but was told the supplier of Guinness Stout was being awaited as there was none to sell to him, and which forced the assistant there to go outside to buy the brand for him!

Another respondent opinionated that the increase in hotel business in Aro will, no doubt, ‘encourage acts of harlotry and waywardness among Aro girls who like to jump from one hotel to another “selling themselves kobo kobo” to umu ibibi, Ghanaian builders, security men, warders and other strangers in the town like that.’

In another development, residents of Obinkita, Oror, Ugbo, Amankwu and neighbouring villages were given free eye services at Obinkita Hall in the evening of Friday, 13th March 2015. Many patients were waiting just outside the hall when Aro News stumbled on them and decided to talk to some of the patients and find out the sponsor(s) of the free health care service and whether the givers were conducting the service in consonance with Abia State Ministry of Health or the PHC Department of Arochukwu LGA.

According to Mr Hope Akuma, Utughugwu-born health worker in Aro LGA who spoke on the issue, ‘The sponsor is Evangelist Chief Dr Sam Zuga (a Jehovah’s Field Marshal) from Benue State. They have been coming here and giving the people eye drops and ointment-treatments that have been very effective. They do not charge for treatment. They only sell their brochure (a two-page document) fifty naira that contains their other products they sell on request.’

Another respondent, the Rev’d Dr (Mrs) Rose Nkumeh (of Amoba village) of Obinkita, Amaeze Parish of the Presbyterian Church of Nigeria said that ‘Their medication is very much effective.’ Mazi Chukwu Orie (of Obinkita village) who also spoke to Aro News said that in all, ‘More than 1000 persons have so far benefitted from the free eye treatment. Their product (the ointment that is poured directly into the eyes) has been helping those who have been given that every one who hears about it comes to benefit.’ However, none of the men of God was on hand to comment on the issue.

Again, when Aro News entered into Obinkita Hall to talk to one of the providers of the ointment and speak to any of the organisers, only gallons of various substances suspected to be kerosene, a bush lantern and other bottled substances littered the place and emitting odorous substances that were unfriendly to the nose and irritating to the throat. When Aro News insisted to see at least one of the organisers, an old woman who received the Holy Oil of Favour said she came to receive the ointment because ‘I was told that any body who receives the oil will receive uncommon favour, overtaking grace, VIP treatment where you are not qualified, and good things will be attracted to the person. I want these things.’

Inside the brochure, it was advertised that the ‘supernatural products take care of general healing of the body; for example fibroid, diabetes, ulcer, high blood pressure, kidney problems, any malfunctioning organ, cancer, et cetera. With supernatural products, surgical operation can be averted.’ The brochure indicated that the price of the product was ten thousand naira while the Miracle Ointment sold at two thousand naira only.

Another respondent said that it might be necessary for the health authorities at the state and LGA levels to ascertain the operational modalities of the free eye care treatment with a view to validating it or otherwise as what is done in all other cases in the state; as eyes are among the most delicate and sensitive organs of the body that need special attention and handling by experts.

Exactly one year ago this column was dedicated to the legendary Nelson Mandela whose struggle against the apartheid regime in South Africa, as a result of ...