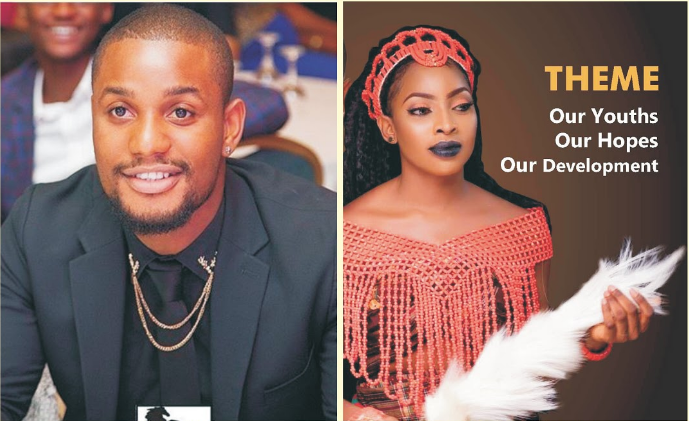 ‘Our Youths, Our Hope, Our Development’ is the theme of the 2018 Aro Day celebrations.

On Wednesday, the 26th of December, 2018 at the expansive grounds of the Aro Cultural Centre, Oror, Arochukwu Kingdom will be agog as Nzuko Arochukwu, the umbrella body of Umu Aro will for the first time in its history, roll out drums to present Aro Youth Role Models, who have excelled in different fields of endeavour in addition to other activities lined up for the day.

In arriving at the decision to showcase the youths this year, the union identified the need for the role models to be emulated by several other youths who have found themselves engaging in several negative vices. For instance, cases of teenage pregnancies is on the rise in the kingdom, drug abuse/addiction and cultism are also rampant. Youth restiveness is the order of the day.

There will be a road show by the various role models on the 25th of December with stopover at the residence of notable Umu Aro. The road show is aimed at creating awareness for Aro Day. As usual, no activity is expected to take place in the villages on the 26th of December.

Also, the union will parade 10 pupils and 10 students from primary and post primary schools in Aro. They will be dressed in their uniforms and the Role Models will stand and interact with them. Members of the Federated Arochukwu Youths Association and the National Association of Arochukwu Students (NAAS) will also be part of the events. The President General of Nzuko Aro, Mazi George Okoronkwo Ezuma (Ugwu Aro) will address the youths after which invited speakers will address them.

The essence is to focus on the youths as leaders of tomorrow.

The event will be chaired by Justice Anyalewechi Onwuchekwa with peroanlities such as Mazi Uche Orji, Mazi Chike Okoroafor and Mazi Obi Okoroafor as Chief Presenters.

There will also be cultural displays by the first five villages at the 2018 Eke Ekpe Aro,  namely Asaga, Obinkita, Amangwu, Amuvi and Atani, while Inyankpe and Atu eje ogu from Amoba and Ugwuavor villages will also entertain guests.

On that day, the union will  present as Aro Youths Role Models the likes of Ujari born Alex Ikenna Ekubo, the lawyer-turned Nollywood star who has featured in many Nigerian movie and is also a model . He was also the first runner up in the Mr. Nigeria contest a few years ago. He will be recognised under the Nollywood/Entertainment category.

Precious Chigozie Okoronkwo, the reigning Most Beautiful Girl in Arochukwu (MBGA). A native of Amuvi village, Queen Precious is also the Most Beautiful Queen in Nigeria, 2018-2019. She will represent Nigeria and make Arochukwu proud when she will participate in the Miss Globe International Pageant in China. Precious will be recognised in the Beauty Pageant category.

Kelechi Kanu (Janganza), a former professional footballer and at present a scout and businessman will be recognised in the area of Sports Management. Janganza played pro soccer with teams like Eagle Cement FC of Port Harcourt, Stationary Stores of Lagos etc. He has organized many successful football tournaments in Arochukwu. Janganza also carries out philanthropic projects. He has empowered many Aro youths and is thus the toast of many in Arochukwu and beyond. He is a native of Atani village.

Prof. Joseph Nnanna Jnr. son of Dr. OJ Nnanna, Deputy Governor of the Central Bank of Nigeria (CBN). This egg-head became a professor at the age of 26. He is reputed to have set several academic records in the different institutions he attended. Some of his records are yet to be equaled. He is a native of Atani village. He is to be recognised under Academic Excellence category

Although Chioma Igwe is a qualified lawyer, she has turned her interest to the arts. At the2018 Eke Ekpe Aro celebrations, Chioma caught the eyes of many who thronged her stand to appreciate the works of arts she displayed. Many dignitaries took time off the main event to take photographs at her pavilion.  The Amuvi born talent will be recognized in the Arts and Culture category

Okoronkwo Emmanuel Okoronkwo from Asaga village, is the young man who has dazzled spectators at Ikeji Aro with his artistry. The Emmanuel Theater Academy, an outfit he owns, clinched the first position at Eke Ekpe Aro 2016 and 2018 for Asaga village.  A graduate of Fine and Applied Arts, Okoronkwo will be recognised in the Arts category.

The likes of Ugochukwu Okoroafor Jnr, Academics; Obi Okoroafor, Career Excellence and others will also be presented as Aro Youths Role Models on that day.

Arochukwu and the politics of opposition by Ogbonnaya Akoma, Isimkpu, Arochukwu

History, in point of fact, shows that the place called Arochukwu and her people have always been associated with playing opposition politics since party politics ...