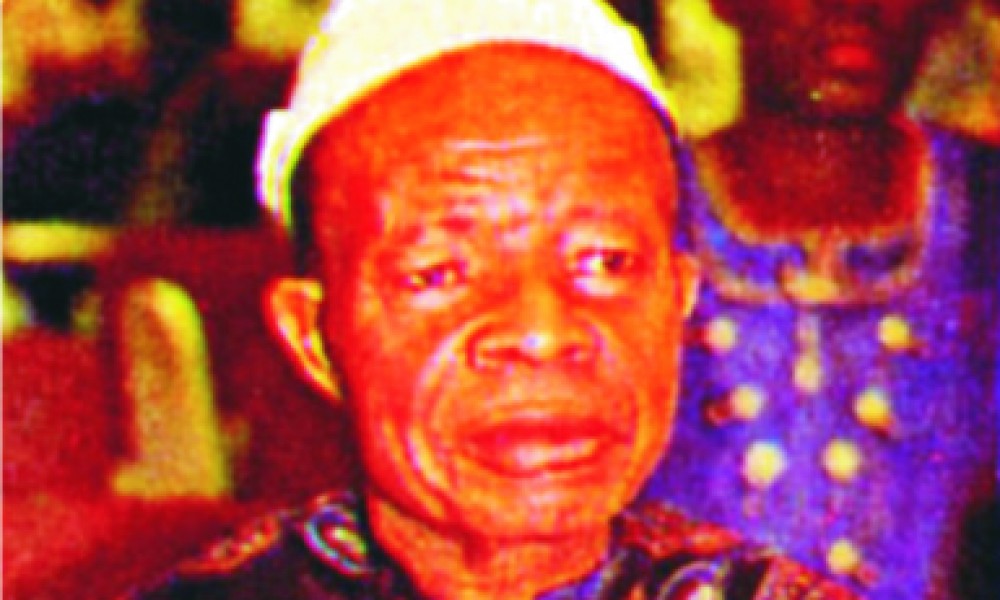 It is very difficult to come to terms with the fact that Elder Ukwu Udonsi is no more in this physical realm. Since the 27th of November, 2018 when the news broke, we at Nzuko Arochukwu had prayed that it be fake news. However, when we received official communication from the family it became clear that the irreversible has happened. Mazi UK would not be seating with the other national patrons during the 2018 Aro Day on 26th December! Elder Ukwu Udonsi never missed Aro programmes. Even in his old age, he often arrived before younger elements.

Elder Udonsi is trully one of the genuine architects of modern Arochukwu. Toiling with Mazi Emmanuel Okorafor (Avonta) Prof. O. U. Umozurike, Col. Anthony Okoro Eze all of blessed memory (among others) and working with some living icons including, Prof. James Okoro Ijoma, Mazi Samuel Iheanyichukwu Ohuabunwa, Mazi Emma Kanu Okorafor Ivi, to mention a few, they established Nzuko Arochukwu from the debris of sundry associations that littered the kingdom, some working at cross purposes. It was no surprise that he served Nzuko Aro first as Secretary General, then President General, capping it with the National patronship.

The positions he held only tell a fraction of the story of his invaluable service to Aro. He was one of the eggheads who would not shy away from any challenge that faced the kingdom. From struggling to ensure Arochukwu got its due from federal, state and local governments to protecting the interest of Aro communities; from the struggle to site the local government headquarters to the establishment of College of Education (Technical), Mazi Udonsi was in the thick of all. Even in the sad days of Eze Aro tussle and the numerous security threats, Mazi UK played remarkable roles. Together with his peers, they guided the monarchy on the right part, spending sleepless nights and making numerous sacrifices.

On a personal note, Mazi UK taught me early in life that serving Aro is not just a meeting day affair. It is a ’round the clock business’ that demands courage, selflessness and fortrightness.

Elder UK was cerebral, meticulous and fascinating. He was a consummate administrator who rose to the pinnacle of public service. To him, service to his people was the bedrock of public service. Elder UK was an accomplished man. Born about 84 years ago, he trained as an economist. He held many positions in his illustrious carrier including Sole Administrator Ikwuano/ Umuahia local government, member, Local Government Service Commission and Secretary, Imo State Executive Council Committee on Boundary Adjustments.

A deeply religious man, Elder UK always demonstrated Christian ethos in his dealings. He lived what he preached and led by example. He took mentoring the young very seriously. He was adept at leadership recruitment often taking it upon himself to identify good materials among the upwardly mobile young ones and sensitizing them to serve.

We thank God for blessing Arochukwu with Elder Ukwu Kanu Udonsi. We are also grateful to God that he was alive to witness the commissioning of the Arochukwu Civic Center, a project he laboured with many others for more than 40 years. The passage of Elder Udonsi should serve as a wake up call to those who prefer to sit on the fence over matters of Aro development. Such people must realise that history is an unrepentant chronicler which records every ones deeds, good or bad, and posterity remembers those who get involved. Because progress is always the product of positive efforts, all Umu Aro must rise to be counted.

The loss of Elder UK is heavy but we are consoled by the innumerable legacies he left behind. Our only hope is that we will pick up from where he stopped and ensure the Aro he toiled for day and night does not head in the wrong direction.