2019 general elections, the winners and losers 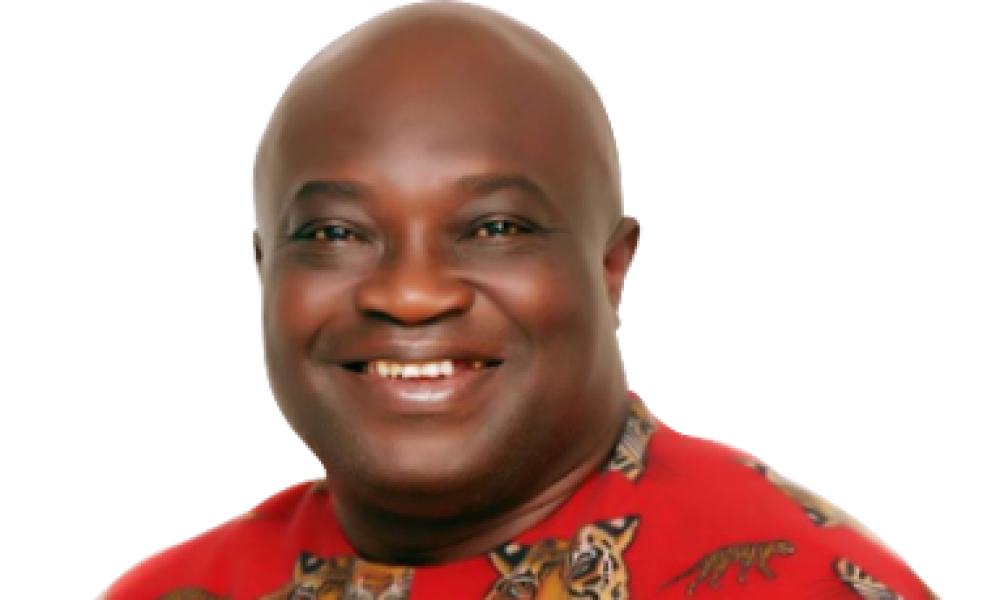 The 2019 general elections in Nigeria might have come and gone, but the ripples of the polls are still reverberating across the length and breadth of the country.

The election umpire, the Independent National Electoral Commission (INEC) under the chairmanship of Prof. Mahmoud Yakubu assured Nigerians of its preparedness to conduct a free, fair and credible elections but alias Nigerians where shocked when the body postponed the Presidential and National Assembly elections slated for the 16th of February with just hours to commencement of voting.  The President, the Vice President as well as many Nigerians had travelled to the various places of their registration to cast their votes when the announcement was made. This action, no doubt, made Nigerians to question the readiness of the umpire towards conducting a hitch-free exercise.

Recall that in 2018, the Senate which was on recess at the time, hurriedly reconvened to approve the budget of INEC which ran into billions of naira to ensure the commission focused on the task ahead.

Stories of materials meant for a certain state being sent to another was rife across the country, late arrival of voting materials to states, LGAs, wards and polling units,  non-functional and slow card readers characterized the exercise, accusations and counter accusations. For instance, the Peoples Democratic Party (PDP) accused INEC of bias in several places.  It alleged that a senator elect of the All Progressive Congress (APC) in Niger State is an INEC contractor and supplier of the card reader and many other accusations.

With all the confusion, INEC rescheduled the Presidential and National Assembly elections to the 23rd of February, while that of the governorship and House of Assembly was moved to March 9th from its earlier scheduled date of 2nd March.

On the D-day, Nigerians went to the polls to choose their President and National Assembly members. After the election, the incumbent President Muhammadu Buhari of the APC was declared winner, a result rejected by the main opposition PDP, which has since taken their case to the Election Petition Tribunal to challenge the outcome of the poll. The National Assembly results threw up several surprises. For example, Dr. Bukola Saraki, the Senate President was defeated; the governors of Gombe and Oyo states also tested the defeat while Hon. Yakubu Dogara, Speaker of the House of Representatives was re-elected into the Green Chambers of the National Assembly.

Inconclusive has since become the alias name for INEC because of the number of elections that were not concluded for one reason or the other.

In Abia State, the spoils for the senatorial election was shared between the PDP and the APC. While Senators Enyinnaya Abaribe and T.A Orji were re-elected, (though Sen. Abaribe emerged winner after the supplementary election of 9th March), Senator Mao Ohuabunwas was defeated by a former governor of the state, Orji Uzor Kalu(OUK) in a highly disputed election. Sen. Ohuabunwa has since headed to the tribunal to challenge the outcome of the election.

The Presidential and National Assembly elections in Arochukwu was marred by several challenges. On the day of the poll, many people woke up early and headed to their polling units only to be told that the INEC officials were nowhere to be found. As at 2pm, voting was yet to commence in many areas in the LGA. The tension heightened when news filtered in that President Buhari and his wife voted as early as 8.00am.

When election materials eventually arrived, it was one sad tale or another. The incompetence of INEC played out in many units. Voting actually began around 3pm in Arochukw and progressed into the dark hours because of dysfunctional card readers. It was also alleged that the election materials assigned to each polling unit was in short supply. Military patrol was very much visible on the day; there were also cases of thugs snatching ballot boxes. This and over-voting in some units led to the cancellation of the election in several units.

No fewer than 72 polling units were cancelled in Arochukwu LGA by INEC and the PDP candidate called for a re-run in all the affected polling units in the zone, which is more than a hundred. To the surprise of many, INEC declared OUK the winner and went ahead to issue him a Certificate of Return. As it stands now, all eyes are on the Election Petition Tribunal to decide who really won the election. It can only be predicted that the case might get to the Appeal Court irrespective of the decision of the tribunal.

Hon. Uko Nkole Ndukwe of the PDP was declared winner of the House of Representatives election for Arochukwu/Ohafia Federal Constituency. Nkole defeated his closet rivals Chief Nnamdi Iro Oji (Opotoyom) of the APC and Johnson Okwara Osonwa of APGA. The PDP candidate scored 5, 683 votes in Ohafia LGA as against APC’s 4, 721 and APGA’s 3,915, SDP 934. In Arochukwu LGA, it was PDP 1, 389; APC 775; APGA 429. Total: PDP 7,072; APC 5,496; APGA 4,344; and SDP 934. The SDP candidate failed to score a single vote in Arochukwu LGA. Hon. Nkole thus returns to the Green Chamber for a second term.

Feelers reaching Aro News indicate that the defeated candidate(s) may be heading to the tribunal.

The PDP won five of the House or Representatives seats, the APC won in Umunneochi and Bende while APGA retained Aba North/Aba South Federal Constituency with Hon. Ossy Prestige re-elected for a second term.

Rivers State was the hot spot as it was alleged that a serving minister with the cooperation of the Army, also shut down the state. Even though the APC was not on the ballot in Rivers, violence rocked many LGAs on the day of election. Even at INEC’s collation centre, violence broke out which made the commission to suspend collation of results and set up a fact-finding committee. It was also reported that in areas like Okirika and Ogu Bolu LGAs, semi nude women trooped out in their numbers to prevent the Army from meddling in the electoral process.

Of course the drama that played out in Rivers State was the most fascinating of the 2019 general elections. After the resumption of collation of the results on the 2nd of April, 2019, Ezenwo Nyesom Wike  the incumbent governor of the state was eventually declared winner of the election. He defeated the AAC candidate with over 600,000 votes.

Another fact finding committee was set up in Bauchi State to ascertain what actually transpired at Tafawa Belawa LGA. The matter later became a legal tussle when the state governor went to court to challenge the decision by INEC to continue with collation of the results. At the end of it all, the candidate of the PDP was declared the winner of the election.

The commission, however, completed the supplementary elections on the 23rd of March in the affected states, excerpt for Adamawa which was completed on the 28th of March, due to legal issues.

In Imo State, a former Deputy Speaker of the House of Representatives, Hon. Emeka Nkem Ihedioha of the PDP defeated Uche Nwosu of the AA and over 70 other candidates to emerge governor-elect of the state.

Nwosu, it should be noted, was the candidate propped up and favoured by Governor Rochas Okorocha to succeed him in office. But the Imo electorate failed to give Nwosu the winning vote, apparently because he is Okorocha’s son-in-law, thus rejecting an orchestrated political hegemony.

The 9th of March 2019 election was better organized than that of the 23rd of February. For instance, election materials arrived much earlier and voting went on without much hitches. Incidence of ballot box snatching and violence were few as compared to the earlier election. The card readers worked better and there was generally peace in Arochukwu.

At the end of the exercise in Abia State, the incumbent governor, Okezie Victor Ikpeazu of the PDP was declared winner. He polled a total of 261, 127 votes to defeat Dr. Uche Sampson Ogah of the APC who scored 99, 574 and Dr. Alex Otti of APGA who scored 64,366 votes.

A mild drama played out at INEC’s collation centre at Umuahia. The agents of the APC and APGA walked out in protest on realizing that the Returning Officer for the governorship election was Prof. Benjamin Ozururmba, Vice Chancellor of the University of Nigeria, Nsukka. The same Ozurumba as Retuning Officer in the 2015 elections cancelled the exercise in three LGAs, namely Obingwa, Ugwunabo and Osisioma but went ahead to reverse his action and allowed the result to stand. They accused him of creating the problem in 2015 when he reversed himself after coming under pressure and influence of the ruling PDP in the state and the Federal levels. The APC and APGA agents claimed that INEC did not notify them that Ozurumba had been appointed the Returning Officer. They were however shocked when they saw him at the collation centre in that capacity.

The candidates of the APC and APGA in a joint press statement immediately rejected the outcome of the poll. They alleged wide spread irregularities, vote buying, intimidation and connivance by INEC and the security agencies to rig the election in favour of the PDP.  They wondered why INEC did not appoint a VC from another university to serve as Returning Officer instead of Prof. Ozurumba who they alleged traded off the mandate of APGA in 2015.

The statement also read that they expected INEC to have implemented the guidelines it published and queried the card reader before accepting its results and that in fact, INEC deceived them to believe that results from units that did not tally with the card readers would be assigned as zero votes. They then called on INEC to cancel the sham election within 24 hours, while urging their supporters to remain calm and law abiding.

In a similar development, a United States of America based medical practitioner, Dr. Mike Onyekwere Ukoha of APGA was elected to represent Arochukwu State Constituency in the Abia State House of Assembly. With his victory at the poll, Ukoha made history as the first Nwa Aro to be elected into the State House of Assembly. He hails from Amannagwu village.