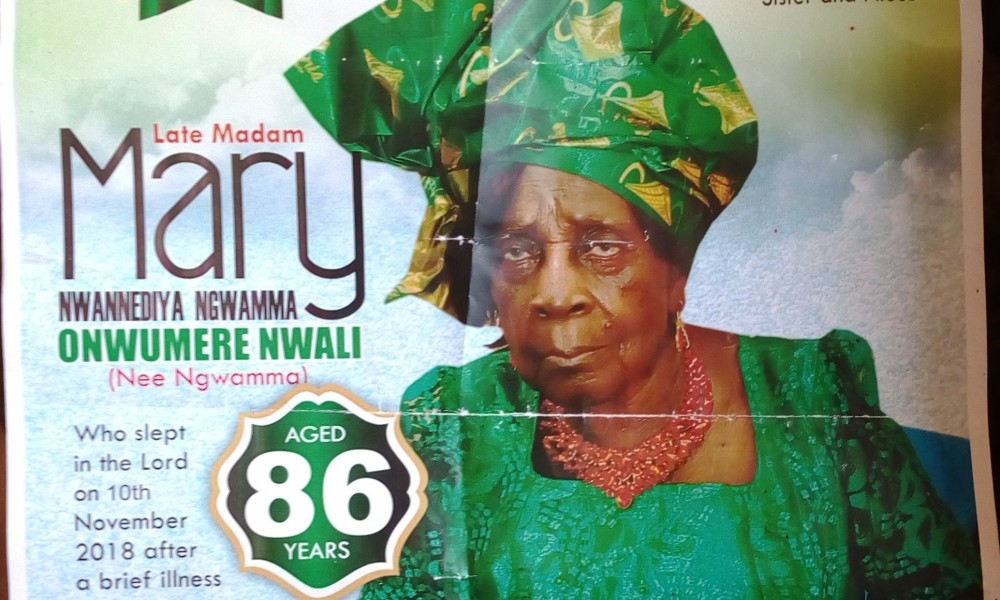 The remains of Madam Mary Nwannediya Onwummere Nwali was laid to rest at her late husband’s compound in Eziumahi, Asaga village, Arochukwu on the 13th of April. She was aged 86.

She was born into the family of Igwe Osundu of Ndi Onwuchekwa compound, Eziumahi, Asaga village, Arochukwu in 1932. She was a petty trader and farmer and emmigrated with her husband, late Mazi David Onwumere Nwali, to Eziulo/Ntezi in Ebonyi State where she spent most of her life before her final relocation to Arochukwu in 2013.

Members of Nzuko Arochukwu home branch recently paid a visit to the management of Abia State Hospital Management Board in Umuahia to bring to its ...