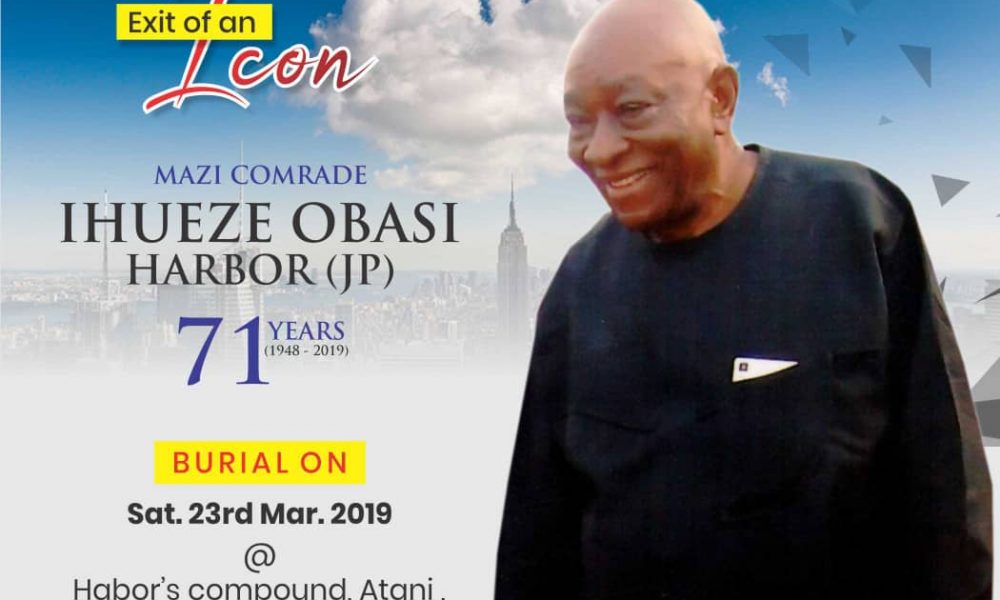 The remains of Comrade Ihueze Obasi Harbor was lowered to mother earth at his family compound, Atani, Arochukwu, on Saturday, the 23rd of March, 2019.

Mazi Harbor joined the Biafra Army in 1967 and fought in Ikom, Bonny and Owerri sectors and later had a stint with the Federal Ministry of Works and served in Gombe State. He resigned his appointment with the ministry in 1979 and joined the former P&T. And following the unbundling of P&T into NITEL and NIPOST, he joined NITEL.

His blissful marriage to Nnennaya (nee Agwu) was blessed with five children.

Mazi Joshua O. Ogbonnia – We Mourn the Demise of a Great Mind!!

While ruminating over the demise of the ever calm and gentle Mazi Joshua Ogbonnia, I quickly recalled the words of a 20th century theologian that ...