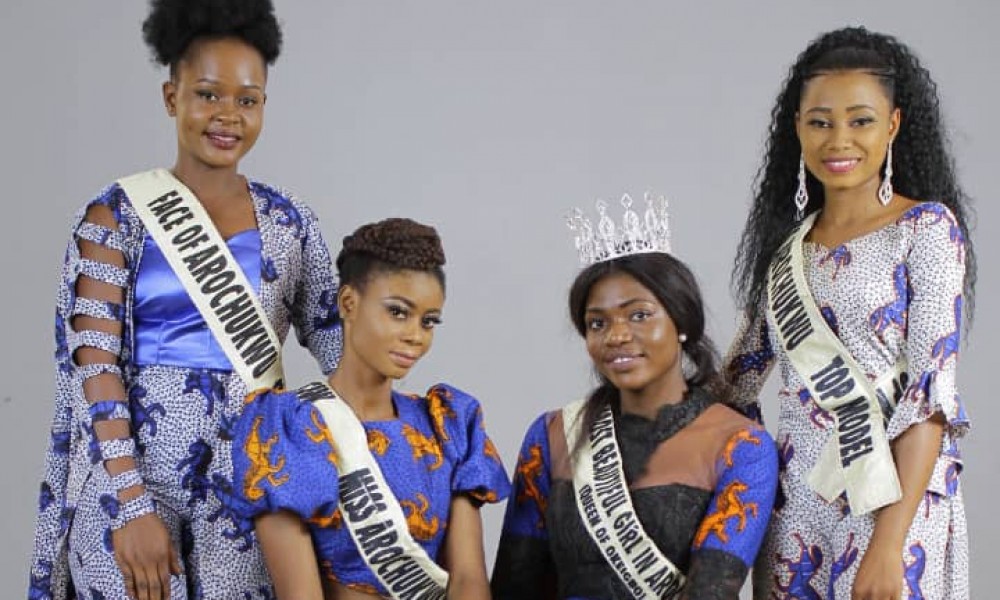 Queen Chidera Vivian Okoroafor was on the 1st of January, 2019 crowned the Most Beautiful Girl in Arochukwu. A native of Ibom village, the 23-year-old damsel defeated 14 other beautiful girls to smile home with the coveted crown and star prize money.

The event which took place inside the main hall of the expansive Arochukwu Historic Civic Centre, witnessed a large turnout of people. Organized by Goldsborg Events and Services, the event also featured the Arochukwu Impact Awards.

As the evening progressed, there was a special performance by the Emmanuel Theater Academy (winners of the Eke Ekpe Aro competition), lots of music, dance  comedy and raffle draw with lots of gifts won.

The contestant’s first parade was in casual wear and they jointly performed a group dance called Unity dance; second parade was the outing attire and on display was various attires that could be worn on different occasions. The third outing by the contestants was the most interesting; it was a parade of creative attires. Here, the ladies exhibited high level of creativity by recycling sack bags, newspapers, pure water sachets, cement bags etc to make their attires. The beauty queens also appeared in traditional and dinner wears.

There were also special features for the upcoming Mr. Arochukwu, 2019. The event rounded off with a party.