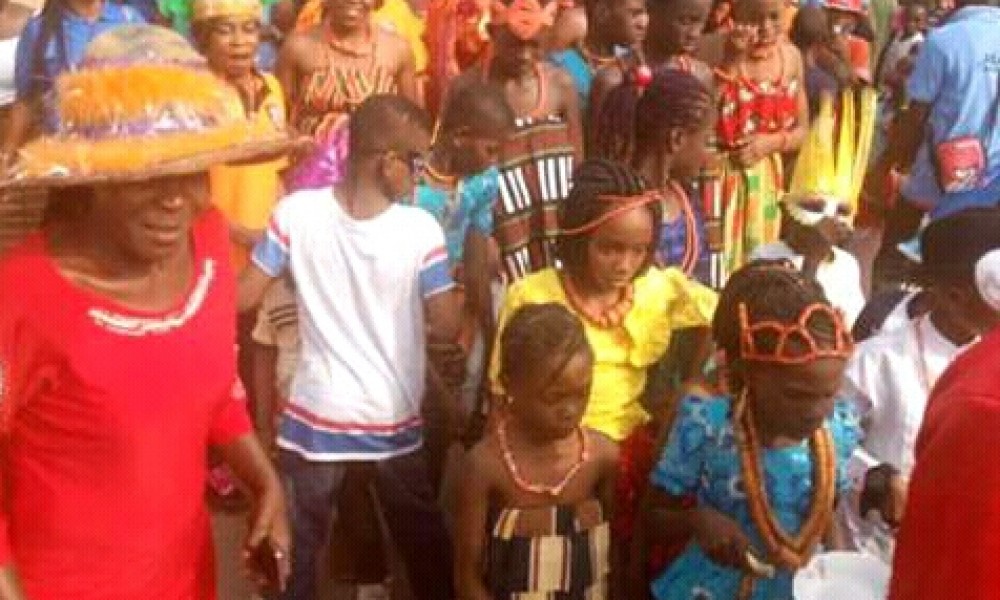 Twenty years after its first carnival, Atani village was agog on the 25th of December, 2018 as the umbrella union – Atani Welfare Union – under the leadership of Mazi Chekwas Oti, re-enacted a scenario first created by the late Mazi B. O Ochonma (Isi Engine), a former President General of the union.

Organizers of the event ensured that publicity was top notch as both print and electronic media were deployed to ensure that not only Umu Atani, but other Umu Aro were kept abreast of the event.

To ensure the event was well managed, a professional event manager, N’mazi Tony Okoro was saddled with the responsibility of delivering a world class carnival.  Carnival mascots and floats, cultural musical troupes, Christmas carol and social music, Nwa Mgbede Atani and other interesting packages were on hand to entertain spectators.

A fleet of vehicles of various types filled the space as Umu Atani turned out en masse and fully participated in the event. Melodious echoes of highlife and Aro cultural music rent the air as the procession took off from Atani hall to Ugwuakuma en route Isimkpu, Obinkita, Ibom, Amannagwu and Agbagwu villages. The procession touched Ugwu na abo, Amuvi before they finally zoomed off to Ezeogo’s palace via the popular Atani Roundabout with the elephant mascot signifying Atani symbol of prominence leading the procession. From the palace, the mammoth and enthusiastic crowd proceeded to the venue of the event for the celebration proper.

Eight branches of Atani Welfare Union namely Aba, Abuja, Effium, Lagos, Obigbo, Owerri, Home and Port Harcourt performed at the occasion with different verities of Ugbo Ani, Atani music. At the end of the exercise, Port Harcourt branch coasted home with the first position, followed by Aba branch which clinched the second position. The age grades in Atani also took the stage and performed. The gorgeously dressed age grades performed and at the end of the exercise, Idi Na Otu Age clinched the first position in that category.

Mrs. Christiana Oyidiya Anicho Idika (Nee NNENNAYA OJI) was born in 1930 into the family of Mazi Oji Iyoku and Madam Mgbafor Okereke both of ...