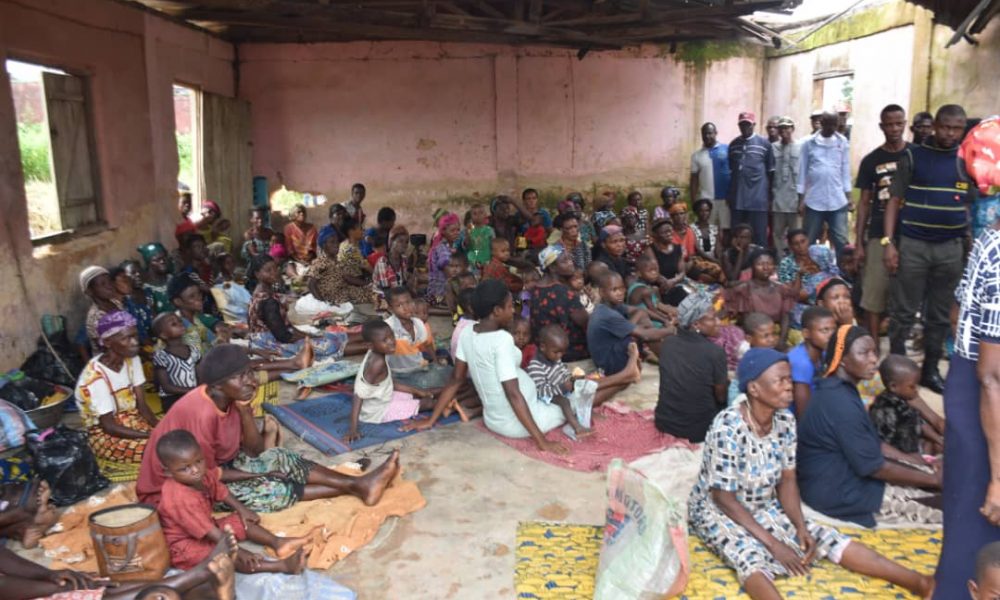 The National Emergency Management Agency (NEMA) has assured the people of Isu community in Arochukwu Local Government Area of Abia State, who are internally displaced, that the Federal government will do everything to ensure that relief materials are provided for them, to ameliorate their plight as a result of the lingering crises between them and the people of Utuma clan in Cross River State.

NEMA Coordinator in charge of Abia/Imo Operations in Owerri Zonal Office, Mr. Evans Ugoh Ignatius, gave the assurance when he led some members of staff of the agency to the community on a fact finding mission, explained that henceforth, the Federal government will not neglect the people of Isu community.

He used the medium to call on the National Boundary Commission to as a matter of urgency leave up to its expectation by delineating the boundary between the Community and her neighboring clans of Cross River State to avoid further bloodletting in the area, and thanked Abia State Government and the security personnel in the area for their efforts so far in bringing peace to the area.

Also speaking, the Executive Secretary SEMA Abia State, Mr. Sunday Jackson explained that there has been collaboration between SEMA and NEMA and expressed confidence that things will be well again in Isu Community very soon.

He described the Isu situation as a complex humanitarian emergency due to the number of lives that have been lost as well as those Internally Displaced and called on the Federal Government to as a matter of urgency come to the aid of Isu people.

On his part, the Traditional Ruler of Obieze Isu Autonomous Community in Isu Ancient Kingdom Eze Mortimor Ogbonnaya who spoke on behalf of other Traditional Rulers in the area thanked NEMA for finding time to visit the Internally Displaced Persons of the Community. The Royal father further explained that at the beginning of the crisis between Isu and their neighboring Utuma and Ukwa, he had visited their office at Abuja as well as the Inspector General of Police Office to provide security for them, adding that not much was done and expressed delight that with the presence of the officials in the area.

Earlier in his remarks, the President General of Isu Progressive Union, Elder Felix Okoro explained that the people of Utuma in Cross River State attacked the people of Iheosu in Isu clan on 18th of April 2018, burning down their houses and rendering them homeless due to a limestone deposit that was discovered in the area which Utuma Clan has been claiming ownership.

He further stated that as a result of the unprovoked attack on them, Amachi and Ugbu people and many more in Isu were displaced while about 40 persons have so far died in the attack, regretting that the Internally Displaced Persons in the area have been squatting at a primary school in the area and at Utughuiyi area of Isu as others have been forced to scatter around Arochukwu and Ututu and called on the government to come to their aid. Some of the Internally Displaced Persons such as Mrs. Rose Uzoh, Ozoemelam Kalu, Eze Sunday and Madam Felicia Kalu Nwankwo called on the government to intervene in their plight. They explained that since 2018, they have been suffering due to their inability to visit their farmlands for fear of being attacked.

Retired civil servant and author clocked 86 on the 9th of November. A native of Atani village, he is the head of Aro Orji community ...