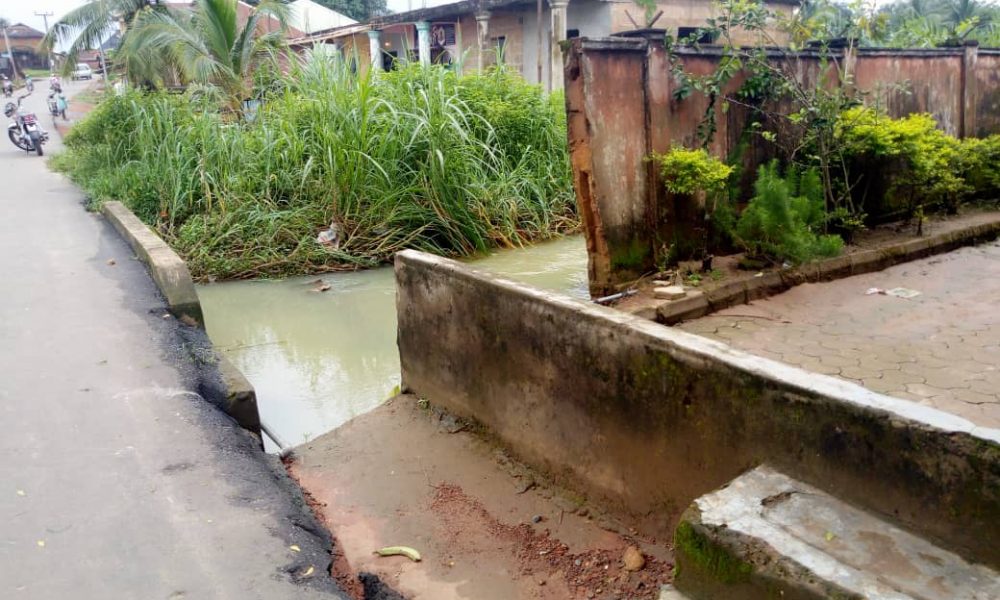 Some residents of Nde Otuu compound in Obinkita village have raised the alarm over the flooding of the area in the rainy season, which they say has destroyed properties and valuables worth thousands of naira.

The residents made this known while interacting with Aro News correspondent during a recent visit to the affected areas. They explained that they now fear for their lives and safety while calling on the relevant government agencies charitable individuals to come to their aid.

When Aro News correspondent visited the area, some residents were seen scooping water from their rooms with buckets.

“The water comes from some of the boreholes in Ugwuavo and so on; and when it rains, no matter how small, there is usually a flood,” Mazi Nwankwo Mesis explained. Several household appliances, books, clothes and beds were destroyed.

When asked what could be done to solve the [problem, Uchenna Aquila suggested construction of drainage systems to channel water into the Nwesen stream and cleaning up of the water ways which have been blocked with grasses just like the one in Ibom.

At the other side of the road, the flood destroyed a fence close to the stream while several shops were deserted by their owners during the visit because of the effect of the flood. Narrating her experience, Mrs. Gladys explained that they are usually scared of the rainy season, adding that the road construction and gutters in the area had helped to ease their problems