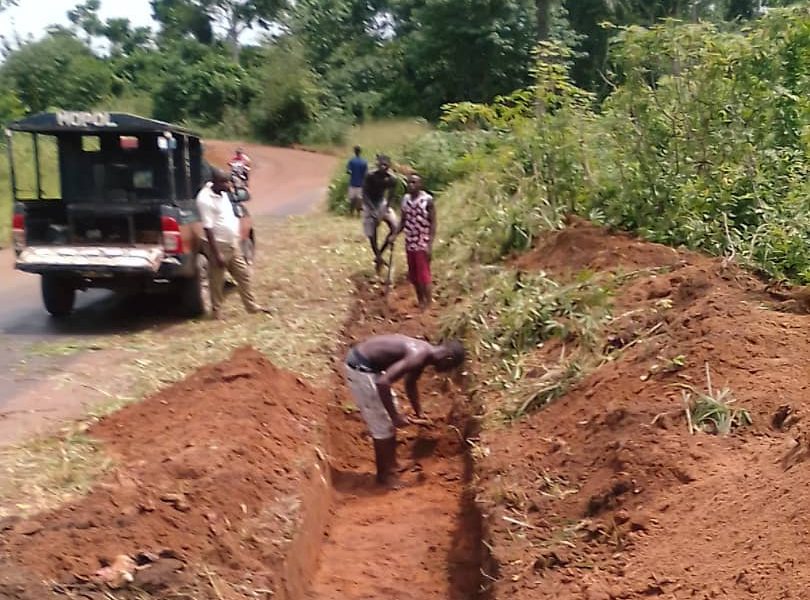 Members of Nzuko Arochukwu home branch recently paid a visit to the management of Abia State Hospital Management Board in Umuahia to bring to its notice the deplorable state of Arochukwu General Hospital and lack of qualified personnel to run the facility.

Receiving the team, Head of the Hospital Management Board, Dr. Ijeoma Nduka promised to come to the aid of the hospital by posting qualified medical practitioners to Arochukwu. She equally made a passionate appeal to Nzuko Aro to assist the management take care of the hospital environment especially in the area of erosion control as this is one of the major challenges facing the general hospital.

The team thanked the management board and assured it that efforts will be made to check the menace of erosion in and around the hospital.

On its return to Aro, the team kept to its promise to open up the drainages around the General Hospital to ease erosion worries. It approached one of its prominent members, Mazi Ik Onu, who sponsored the clean-up exercise.

Immediately funds were made available, the branch engaged the services of labourers and other artisans to open up the block drainages around the hospital and the police station. The effort also helped to reduce flooding on the Nkemka Jombo-Ofo road at Baraki.

By Ferdinand Ekeoma Thousands of people from within and outside Arochukwu LGA on Sunday, November 19, 2018 trooped out to Amaikpe Square in Arochukwu to ...