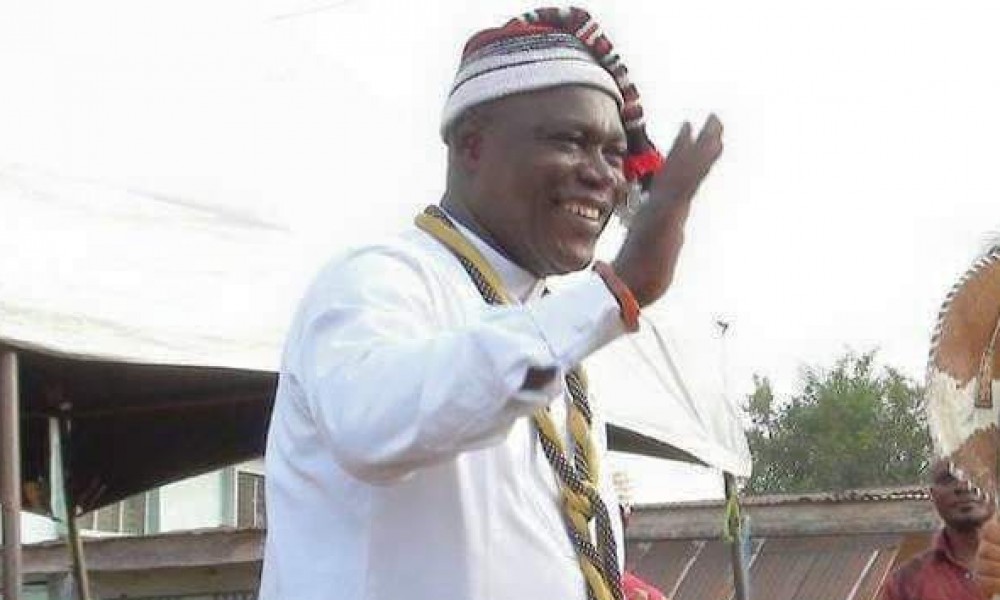 Mazi Chekwas Oti was on Saturday the 21st of September 2019 at the Atani Hall, Arochukwu re-elected unopposed as President General of Atani Welfare Union.

The day’s activities commenced with a praise and worship session led by Mazi Oti and Barr. Ken Ogbonnaya. Thereafter, the President General’s speech was read. It highlighted the achievements of the administration, which is not limited to the Atani Education/empowerment outreach, remodeling/renovation of the Atani Hall and cordial relationship with the Eze Ogo and his cabinet.

Before election commenced, Eze Ogo Atani, Mazi Charles Okoro, addressed the house. He extolled the virtues of members of the exco and thanked Umu Atani for supporting the team and thereafter, blessed kola nuts to signify commencement of the exercise.

Oath of allegiance and due diligence was administered on the newly elected team by the Traditional Prime Minister of Atani village, Mazi Chris Mbadiwe Kanu, while the newly re-elected PG thanked God and umu Atani and promised to do more in their second term.

Lecturer and financial expert turned 52 on the 2nd of May. A native of Ndimoko village, Arondizuogu he attended Federal Government College, Enugu; University of ...