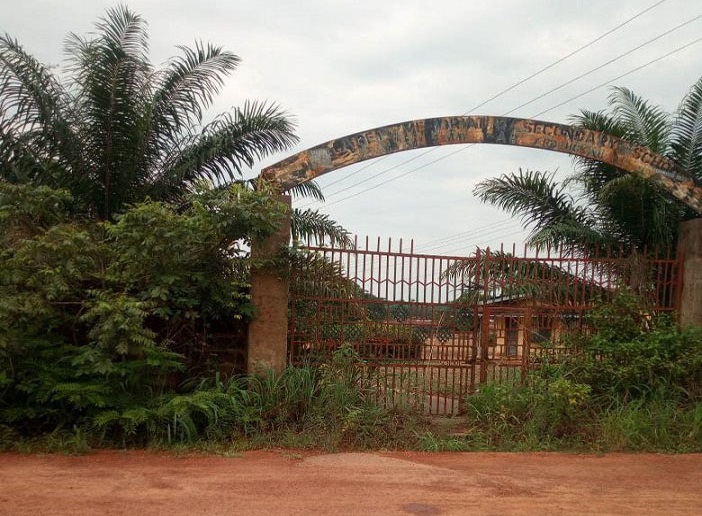 Expectations are high that Aggrey Memorial College, Arochukwu, the foremost co-educational post primary school established by an individual, will again be on the upswing.

Though the college had for decades been neglected by the government, culminating in infrastructural decay, the old students of the institution look set to turn its fortune around.

Indeed, members of the Alumni Association are planning a strategic Annual General Meeting (AGM), where they hope to dissect, and proffer solutions to the problems besetting the institution.

Top on the agenda include an immediate plan to raise funds to the tune of N100 million, to plough into a more elaborate plan of revamping the school’s  decayed infrastructure.

The institution that once prided itself as one of the best in Eastern Nigeria, according to some of its old students, has deteriorated, resulting in the dismantling of boarding scheme. The consequence has been the loss of morale by the teaching staff, and often times poor results by the students.

President of the Alumni Association, Mazi Emma Egbukwu, confirmed that in preparation for the AGM, an organizing committee had been set up headed by Mazi Okey Peter Nkem, to work out the details, as well as galvanize the old students to attend the event slated for December 31, 2019.

Mazi Nkem said the event shall be elaborate, having regard to the caliber of personalities being expected.

According to him, the old students are worried about the condition of their alma mater, hence they have extended invitations to people that matter in the society, including politicians, technocrats, academics, business men and women.

He said: “We will appeal to them to help us with funds, with which we hope to revamp Aggrey Memorial College. This college has trained several successful personalities in the society. So, we are hopeful that they will do well to give back to the institution that laid the foundation for their success.

“Not only that, we shall also count on the goodwill of those that did not necessarily attend Aggrey Memorial College, but whose relations invariably benefited from the institution. We shall appeal to them, to donate to the cause of revamping the institution. Our target is N100 million; and with that, we will uplift the school,” Nkem said.

The Alumni had its re-union last year, a historic programme that brought together several of the old students after many years of leaving the school.

Apparently building on the momentum, the executive of the association resolved to hold an AGM, to further discuss the affairs of the institution.

The organizers say this year’s programme promises to be exciting, for the old students to meet again after 12 months. Yet the meeting would not be exclusively for the old students; the current students and staff of the institution, according to the organizers, will be carried along in all facets of the planning and execution of planned programmes.

It should be noted that Aggrey Memorial College Arochukwu was founded in 1932 by a foremost educator, Dr Alvan Azinna Ikoku, as the first co-educational post-primary school owned by an individual.

In its heyday, the institution admitted students from across Nigeria and some West African countries including Ghana, Sierra Leone, Cameroon and the Gambia.

The college was taken over by the defunct government of the East Central State, inherited by the old Imo State, and then the present day Abia State.

But over the years, neglect, which has been the malaise of government-owned institutions of learning, set in, hence its pitiable state.

What is a heart attack? A heart attack occurs when blood flow to the heart is blocked. Without blood and the oxygen it carries, part ...