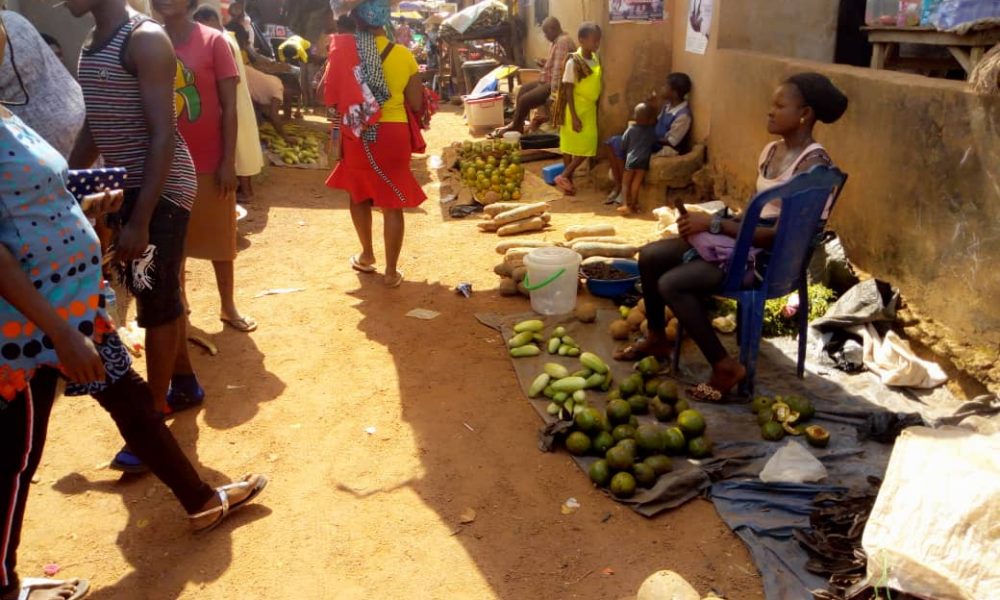 The Chairman of Arochukwu Central Market (Avia Nkwo), Mazi Philip Udogadi, has called for peace and tranquility in the market as Umu Aro at home and abroad celebrates Christmas.

He said this after the weekly meeting of the market union and market masters at the market premises. He said that he and his executives are doing their best to maintain orderliness and calmness in the market and providing a safe atmosphere for buying and selling during the Christmas celebration calling on Umu Aro who would return home to be law abiding and do their transactions peacefully.

He announced that the market has enjoyed peace and orderliness for the past one year due to the introduction of rules and regulations and disciplinary measures against defaulters.

He said:”With the help of law enforcement agencies in Aro, we have been able to maintain a level of orderliness in the central market. You will no longer notice incidents of theft and fighting in the market as we have placed strict punishments for those found guilty. For instance, if two persons fight, they are fined N5000 each, and when they are brought to a panel, the guilty person forfeits his/her N5000 while the other person takes back his/her money. We have been doing this, and it helps. In the case of theft, the suspectusually is handed over to the police,” Udogadi explained to Aro News correspondent.

The duties of the market union include maintaining peace and order, safety and security of goods, market clean ups, and seeing to the smooth running of the market.

Mazi Udogadi also called on the government to help rebuild the market by constructing Lock up stores for safety of goods as the market is not only used by Aros but also by neighbouring communities and towns.

Pharmacist and businessman clocked 76 on the 15th of September. A native of Umuabiama village, Ajali, he was educated at Government Secondary School, Owerri; Nigeria ...