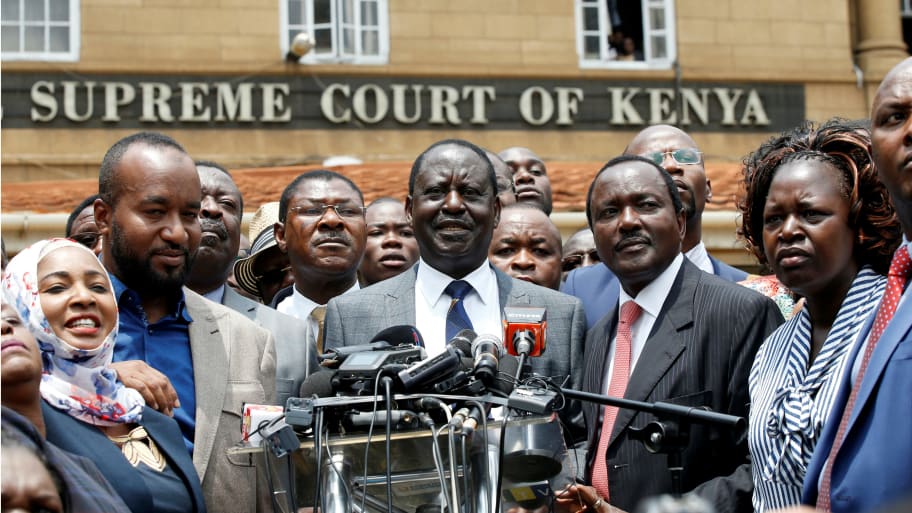 The recent nullification by the Kenyan Supreme Court of the August 8, 2017 presidential election in Kenya has stolen the headlines in both local and international media and has dominated conversations among so many people and groups. While the courage and boldness of the Kenyan Supreme Court is emulative and instructive, one impression that the international media has tried to create is that this is not in the character of African politics- for the judiciary to affect the political process in the manner the Kenyan Supreme Court has done. I agree that this is the first time in Africa where the judiciary has stuck to its convictions and fended off executive pressure and blackmail to deliver what has reverberated across the globe as a historic feat.

In real terms, it is in the character of Africans to expose and distance themselves from evil and deceit. This character of justice and equity is woven into the African psyche and consciousness but was significantly eroded at the behest of alien values imposed on the continent by colonial experience; an experience that has elevated the warped and otiose idea of “political correctness” far and above moral conscience, truth, justice and equity. I am, indeed, overjoyed that in my life time, Kenya, through its Supreme Court has given me hope that African values of truth are still alive; it has pointed the way forward for other African countries; it has shown that our old values of speaking the truth at all times without really caring whose ox is gored can be reinvented; and that being politically correct at the expense of truth and justice is the perfect recipe for the death of nations.

If democracy is denominated by majoritarian rule, then it would be wrong to conclude that it is alien to Africa as many Western scholars and analysts are wont to assume. Without sounding immodest, I am confident in asserting that democracy is native to Africa. We had our democratic ethos embodied in the village assembly and collective decision-making process. What is rather alien is the imposition of a new set of democratic parameters designed and defined by Western standards. It is this Western understanding of democracy and its allures of power that has made the democratic process in Africa “short, brutish and nasty”. It is this Western value system that has produced African dictators, sit-tight leaders and distortion of electoral processes. No matter how anyone tries to explain away the disarticulating influence of colonialism in Africa, the truth remains that Western Europe and the USA have foisted on African states a pattern of leadership succession that brews hatred and violence.

This pattern was played out in Kenya in 2007, when a bitterly disputed presidential election sparked off massive protest resulting in the death of thousands of people and leaving over 600,000 internally displaced persons in Kenya. The world was alarmed at the intensity with which various ethnic groups in Kenya aggressed each other and the consequent level of destruction of lives and property. Detailed study of the causes of that bitter disputation in Kenya revealed that Kenya’s political structure was fundamentally flawed especially the constitution. Former UN Secretary General, Kofi Annan, would eventually lead a process that recalibrated the political structure of Kenya and in the end handed Kenya a brand new constitution that stipulated boundaries of group and institutional powers.

It is commendable that this time around the political gladiators in Kenya chose to pursue their grievances lawfully without unnecessarily inciting their supporters to violence. In terms of leadership succession in Africa, the continent is famous for abusing the process of election; with various political leaders manipulating the electoral process with the aim of perpetuating themselves in power even when they have outlived their relevance. Until his death, Nelson Mandela remained the only African leader to have relinquished power willingly without attempting to perpetuate himself in power even when he was pressured to do so. Apart from former Presidents Jonathan of Nigeria and Nana of Ghana, I cannot remember any other African president that accepted the result of elections when it is not in his favour.

The Electoral Commissions are usually structured in such a way that it would return the incumbent to power irrespective of how the electorate voted. This appears to be the pattern, not just in Kenya but also in most African states. In Nigeria, it is even worse. This tendency has given rise to disturbing dimensions of voter apathy in many polities in Africa. Just like the Independent National Electoral Commission (INEC) in Nigeria is filled with career politicians in the guise of civil servants, so also is the Independent Electoral and Boundaries Commission (IEBC) in Kenya.

Officials in such Commissions have, at the altar of political expediency, denied the judgment of the electorate in favour of their paymasters. They invent all manner of tactics to deliver their principals and in the end they make a mockery of the electoral process. Little wonder the Kenyan Supreme Court condemned IEBC for conducting the August 8 presidential election in a manner that was not consistent with the law and in the process committed huge irregularities and illegalities.

Even when these irregularities and illegalities were so glaring, it is disturbing why so-called international poll observers endorsed the outcome of the process. And this brings me to the vexed issue of allowing such endorsements to be the yardstick for grading any electoral process particularly in Africa. Why did the international poll observers not see what the Kenyan Supreme Court saw? Did these observers actually observed the poll or were they in Kenya merely to give a stamp of approval to the illegality and irregularities of the IEBC? Did they not know that election could be peaceful yet fraught with gross manipulations? What informed their conclusions on the acceptability of the election results?

It is interesting to see how the Kenyan Supreme Court has exposed the falsity of such conclusions. I give all the kudos to the Kenyan judiciary because it has given hope for institutional independence in Africa. I am happy because the decision of the Court will bear strongly, not just in east Africa but in the entire continent; especially in relation to the important role of the judiciary in the consolidation of democracy in Africa.

What this judgment portends is that there is need for, not just operational, but also political separation of powers from the executive as a basis of both judicial and legislative independence. In order to achieve this type of functional separation of powers, there must be a significant process of separating the purpose and mandate of various arms of government. For one thing, the executive must not interfere in the internal functions of the legislature; the legislator must have a political base and support that is not tied to the executive. The same logic could be used to explain the argument for judicial independence. The new Kenyan constitution was very explicit on the independence of the judiciary. In terms of the relationship between the judiciary and president in Kenya, the details are set out in Article 171 of Kenya’s 2010 Constitution, which established the Kenyan Judicial Service Commission.

Unlike in Nigeria, it is the Kenyan Judicial Service Commission that has the sole authority in nominating and initiating the removal from office of judges of superior courts of record. In Kenya also, the judiciary is financially independent from the executive. Article 173 of the Constitution empowers its Chief Registrar to submit its budget directly to the National Assembly for approval. The president’s role in appointing judges is largely ceremonial. The JSC’s nominations for Chief Justice and Deputy Chief Justice are subject to parliamentary approval. All other judges are appointed upon recommendation by the JSC.

That President Kenyatta could throw mud on the Supreme Court judges is unfortunate. He must understand that millions of Kenyans expressed dissatisfaction with the process that returned him to power. I expect him to thank the Supreme Court for saving Kenya from another potential and far more consequential post-election violence. The Court has stipulated a new date for the election. Both Uhuru Kenyatta and Raila Odinga- great and eminently qualified individuals- should go back to the electorate. And this time, IEBC must do a better job and stop being partial.

What is in all this for Nigeria? It is indeed sad that in Nigeria today, it is the depth of your pocket that determines what manner of judgment you get. I am not trying to exaggerate the matter but that is the simple truth. In 2007, the Nigerian INEC robbed Nigerians of their vote and installed its own preferred candidate. Even when this barefaced electoral robbery was brought before the Nigerian Supreme Court; and with the beneficiary of that criminal process confessing to the crime that the process which brought him to power was flawed, the Nigerian Supreme Court could not annul the election. Ridiculously, the court upheld that election “in the overall interest of Nigerian unity”. What the Kenyan experience has shown is that a people-based constitution is fundamental in the political structure of any country. It is the constitution that sets the tone of political engagement and structure. Because of the nature of the present Kenyan constitution, contesting parties can go to court believing that they will get justice. The people are happy and have confidence in the judiciary as the constitutional purveyor of justice.

This is not so in Nigeria. The Nigerian constitution is a military imposition designed for the domination of one particular section of the country. The Nigerian constitution does not guarantee judicial independence and is alienative of the people. The Kenyan constitution had such features until 2007, when the contradictions of its colonial political structure threw the country into anarchy forcing the various nationalities in Kenya to come to a negotiating table. The outcome of that process was the 2010 Kenyan constitution. Nigeria does not have to wait for the upheaval that dislocated the Kenyan society before it subjects itself to the recalibration of its constitution and political structures. We have trodden the road of violence before. A second attempt on this road would be a journey into the land of no return. We must learn from this Kenyan example.

“Following the path of least resistance is what makes man and rivers crooked” – Larry Bielat   ‘Truth is heavy so few men carry it’ – ...