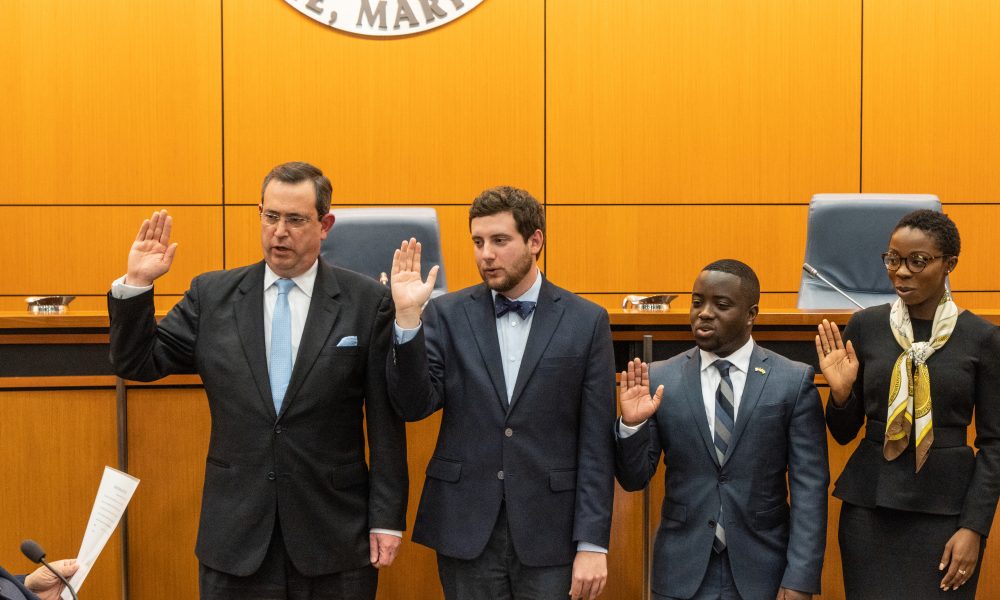 On Monday, November 18, 2019, the city of Bowie, Maryland, USA, swore in their new mayor and city council. One of the new council members is Roxy Ndebumadu, who represents District 4. She became the youngest female to win a race in Bowie, as well as the first black female to represent the residents of her district. The daughter of a Pediatric Nurse from Amanagwu village in Arochukwu kingdom, she sat down with Aro News for an interview.

Aro News: What is your personal background?


Ndebumadu: My childhood was not easy, but it made me who I am today. I was born with a paralyzed left arm due to Erb’s palsy. My mother had immigrated here from Nigeria and was raising me on her own. As a young child, I was subjected to traumas, such as abuse from people who were meant to care for me while my mother worked long hours to support us. Growing up with no one to fight for me taught me to fight for myself.

My teen years brought more trauma and difficulties. I went to work at age thirteen to support myself and help my mother with the bills. Some of my family members overseas were helpful and supportive, but others told me I wouldn’t amount to anything in life. At first, this destroyed my confidence. But deep down, I knew they were wrong. Having no one to, turn to taught me to rely on myself.

Aro News: What is your profession?

Ndebumadu: I work as a Federal Customer Success Lead at Microsoft, where I transform and build Microsoft’s government customer relationships, implement initiatives, identify and connect with executive stakeholders, and create and maintain employee engagement strategies around technology. When I’m not working, I like to spend my free time giving to organizations such as: Women in Technology, Brookings Institution, The Women’s Center, and Young Professionals in Foreign Policy.

Aro News: Where did you go to college and what did you study?

Ndebumadu: I went to Howard University, and I have a Bachelor of Science, Healthcare Sciences. I didn’t have money for college, so I worked full-time in between classes to pay for my education. While in undergrad, I participated in one of the largest technology implementations to date across the Health Division; to enable continued learning for students in the university’s health schools. That’s when I learned how to combine the power of technology and sheer hard work to solve problems and enhance people’s lives.

Aro News: What student organizations were you a part of?

Ndebumadu: I worked full-time throughout college in various industries. I was a part of Student Government, Treasurer – Healthcare Management Society, VP, and Red Cross.

Standing up for what is right and true to everyday citizens is what got me interested in politics; feeling like people deserve more from the people that actually represent them. I grew up facing a tremendous amount of bias, but I got through that. My only wish is that I had someone to advocate for me.

Aro News: What prompted you to run for city council?

Ndebumadu: If you read 360 Leader by John Maxwell, it says ‘be a leader from where you are’. City Council was my way to make a difference. If not me, then who? What younger person was going to step up and hold people accountable? The answer was none. So, I believed in myself and went for it.

Aro News: What attracted you to the Republican Party?

Ndebumadu: The values of the Republican represent my values as a woman, as an immigrant, as a person who came from nothing and made something, as a mentor, as a person who wants to empower others to make it as well, as a person who wants to make this beautiful thing that we call life possible for each and every American citizen. Democracy will never be my way versus your way. It is about being different and representing all Americans and those who believe in freedom. Working together to promote that is how we accomplish the American Dream.

Aro News: What do you see are the 3 biggest opportunities in Bowie?

Aro News: What are the 3 biggest problems?

Ndebumadu: Over development, lack of infrastructure and prior poor commitment by previously elected officials

Aro News: Where do you see yourself in 10 years?

Ndebumadu: I wrote this letter to future self. Read it… Who knows maybe I’ll inspire so many people and run for a larger office or go the corporate route. I am at the leisure of the constituents, which I represent.

If I know you as much as I think I do, you are probably somewhere inspiring women or in a large office listening to Robi Botos. I know that most of these people don’t look like you… Many of them couldn’t even fathom walking a lifetime in your shoes. But remember, the lives of the people looking up to you are much more important than your own!”

When the 2015 general elections commenced and a few sons and daughters of Arochukwu origin showed interest at various levels, many Aros had welcomed the ...