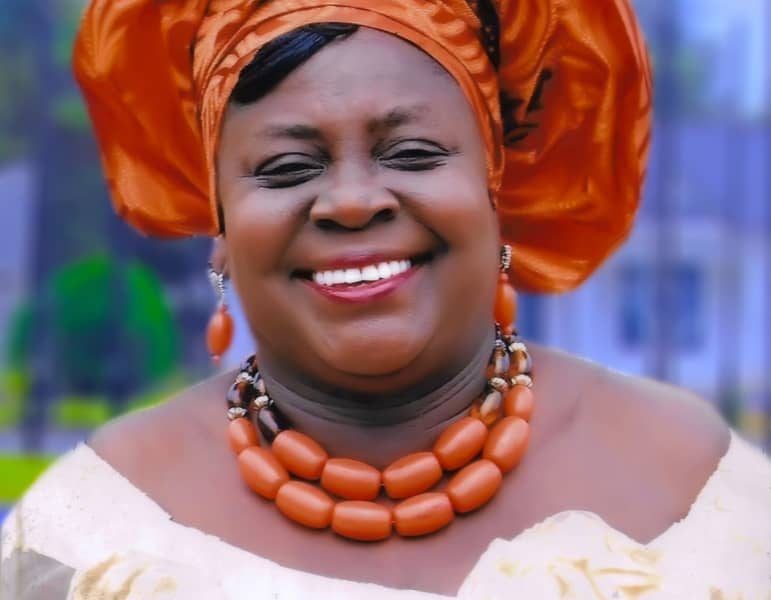 Her Teachers Certification was acquired at The Women’s Teachers Training College, Afikpo in the then Imo State. While teaching at Enugu she attended the Anambra State University of Technology (ASUTECH), Enugu, where she received her Associateship Certificate in Education in 1990. Later, she enrolled at the University of Nigeria, Nsukka (UNN) in present day Enugu State. In 1999 she received her Bachelor of Science with second class upper in Guidance and Counseling.

Ekemma’s professional career spanned many schools starting from the Aro Chukwu Central Primary School, Obinkita Village, Aro Chukwu in 1979 through the Uru Lokpaukwu Primary School (2012 – 2014), Umunneochi, Abia State In 2012 she was transferred to Uru Lokpaukwu as the Headmistress.  Her claim to fame at this school was her persistent petitioning and tireless effort to renovate the school. This renovation effort resulted in increase in student enrollment She retired as a Director in the Abia State Ministry of Education.

After retirement Ekemma devoted her time serving humanity through her church affiliation and socio-cultural organizations. She belonged to many auxiliary organizations of the Presbyterian Church, Enugu, including but not limited to the Women’s Guild and the Girls Brigade. In recognition of her services she was awarded the Kingdom Pillar Support of the Ozu-Item Diocese of the Presbyterian Church in 2018.  Her fund-raising capabilities were admirable and surely contributed to the financial buoyancy of the various organs of the church. She lived out her Christian belief and transferred Christ teachings to her children, her household, her community and people at large that came in contact with her.

Among the many socio-cultural organizations, she belonged to, Nzuko Inyom Aro was her dearest. She served Nzuko Inyom Aro, Enugu Branch with full fervor.  from being just an ordinary member to being a Servant-Leader. She held many positions ranging from the post of Secretary, Publicity Secretary and the President. She was also elected into the National Executive Committee of the said organization She also belonged to other social organizations, such as the Ezinne Social Club In this organization she also held many offices including being the President. Ekemma’s amicable personality was a great Public Relations asset to which she used not to her selfish benefit, but instead, to the benefits of AroChukwu, Nzuko Inyom Aro, Ezinne Social Club, motherless babies’ homes, the widows, and the elderlies. She was truly, what will be described in Igbo proverbial parlance as; akidi amaghi oke, that is, “the bean stalk knows no boundary”. Besides her material contributions, she vigorously raised funds for the welfare of these organizations.

Eke ngwo ngwo, as she is fondly called represented AroChukwu Kingdom well. She readily proclaimed her “Aroness” by all the various activities she engaged in in the promotion of the welfare of AroChukwu. Eagerly, she never turned down the opportunity to adorn the Ojojo regalia. Ekemma Mgboro Chukwu was a quintessential Inyom Aro. It is this love for AroChukwu that drove her into politics. Although she never contested for nor appointed to a political post, she was nonetheless politically active on behalf of AroChukwu and her citizens. As a staunch member of the All Progressive Grand Alliance (APGA) she campaigned fearless on its behalf This was spurred by the decrepit state of the socio-economic situation in AroChukwu in particular and State of Abia State in general. The Aro Chukwu youths and the elderlies were galvanized to participate and exercise their political franchise as it was the only tool in a democratic system to effect such a change. Following her protestant work ethic, she did this too with vigour, dedication, fearless dedication, and unwavering conviction.

Ekemma Chukwu lived a brief life; just 61 years young In her brief life’s journey, she was able to live a purpose-driven life Ekemma lived to serve. This she did without complaints nor expecting anything in return. Her spirit of voluntarism, empathy, sympathy and philanthropism was fueled by her altruistic love for humanity and to see the best and pain free in everybody. To everybody, Ekemma, was the “go to person”. She was always ready to render help to all, irrespective of age, gender or circumstance. Her integrity served her well and was relied upon by all that dealt with her. Ekemma is what the Igbo will describe as nwanyi eji eje mba; meaning, “A woman with whom you embark on a journey”. She was always counted on. And she never disappointed.

Ekemma, also known by these other sobriquets, Mma Bekee, Eke Bekee, Eke Ngwo Ngwo, Black Beauty, and Bubi Black, is survived by her husband,(Mazi Okorafor Chukwu -OC), children, sisters, brother, nieces, nephews, cousins and many friends. Ekemma will fondly be remembered as a loving wife, caring mother, adoring sister, trustworthy friend, a compassionate citizen and a reliable public servant. Ekemma, your spirit of giving, ebony-skinned tone, and your contagious smile (pepsodent smile) has been seared into our memory and will forever remain so.

Ekemma, may you smile in perpetuity as you slumber with the Almighty Lord.

To our greatest dismay, like a meteor, you were gone.

For the Okorafor and Onwukwe families