How Obinkita booted its PG, Osu Uzo, out of office 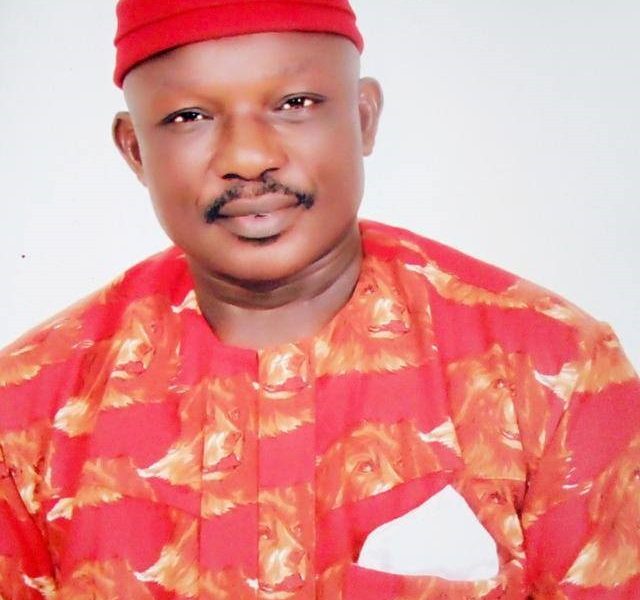 Dissatisfied with its performance in office, the five compounds that make up Obinkita village have jointly dissolved the National Executive Committee (NEC) of the Obinkita Progressive Union (OPU) led by Chief Innocent Okoronkwo, aka Osu Uzo.

The action, reminiscent of a no-confidence vote, was taken in Obinkita on December 28, 2019, as a fallout of the stakeholders meeting held to address the myriad of issues plaguing the village.

The resolution reached at that meeting was jointly signed by the 10 representatives of the five compounds, authenticated by Eze Ogo Obinkita and the Secretary to the Council of Elders, Hon. Chima Nwafor.

The resolutions stated in part, that, from December 28, 2019, when the document became effective, “Chief Innocent Okoronkwo ceases to be the President-General of Obinkita Progressive Union (OPU), and anybody or group of persons dealing with him in the capacity of the President-General of Obinkita Progressive Union is doing so at his/her own risk…”

Consequently, the stakeholders constituted a seven-member Caretaker Committee “that shall run/oversee the affairs of the Obinkita Progressive Union (OPU), and conduct election within six months.”

Innocent Okoronkwo aka Osu Uzo breezed into office as the President-General (PG) of Obinkita Progressive Union (OPU) following the election of November 11, 2017.

Aro News learned that he was not the most fancied candidate at that election, but somehow, he allegedly wangled his way to victory.

Aro News further learned that soon after the election, the P-G began to show his true nature, which some people described as cantankerousness – starting with members of his cabinet.

Within a couple of months, some discerning members of his cabinet, precisely the Treasurer General and the Second Vice President-General (both from Ndi Akweke compound as Osu Uzo) resigned from office, but he did not seem perturbed.

Subsequently, he took on everyone; and most sadly the traditional institution of Eze Ogo Obinkita. He allegedly disparaged and traumatized Eze Ogo Obinkita, quite to the chagrin of well meaning Obinkita sons and daughters.

Osu Uzo, apparently believing that he had ‘conquered’ Obinkita with his destabilizing antics, cruised on to a higher level.

He allegedly instigated the factionalization of a hitherto homogeneous Aba branch of Nzuko Aro, to massage his personal ego.

For instance, records have it that he spearheaded the authoring of a distasteful letter, and caused it to be published, disparaging Nzuko Aro Worldwide and its leadership.

Of course, his reward for that came in October 2018, when Aba branch of Nzuko Aro suspended him from the meeting.

They followed it up with a letter to Nzuko Aro Worldwide requesting it to withdraw the Ikemba Aro title conferred on Osu Uzo, describing him as undeserving of the honour.

Earlier in March of that year, his compound – Ndi Akweke – had disclaimed his leadership of OPU, and dissociated itself from the Union, for as long as Osu Uzo remained its P-G.

While ego-tripping in office, unknown to Osu Uzo, the storm was gathering against him.

Indeed his matter had been building up over the past couple of years, but the proverbial last straw that broke the camel’s back was his daring the traditional institution, which Aros reputedly guard jealously.

Judgement day finally came on December 28, 2019, when Obinkita proved to Osu Uzo that he is only an individual, not greater than the whole village.

Aro News learned that in-between his travails – having been rejected by Ndi Akweke, Obinkita and Nzuko Aro – and in desperation to hand on to power, Osu Uzo had tried unsuccessfully to convene a meeting of the OPU executive.

They were speculations, which Aro News could not however confirm before going to press, that perhaps out of frustration, Osu Uzo had resigned his embattled office in the third week of March, a move that was seen as face saving. It could not also be established whom he addressed his resignation letter to.

Nonetheless, observers said it was too late in time, as Obinkita stakeholders had already sacked him three months earlier.

From 1985 till date, one road project has been ‘under construction.’ That road is the thirty-four-kilometre Ozuabam-Ndioji-Ndiokereke-(Amuvi) Arochukwu road. In that year, the military government ...