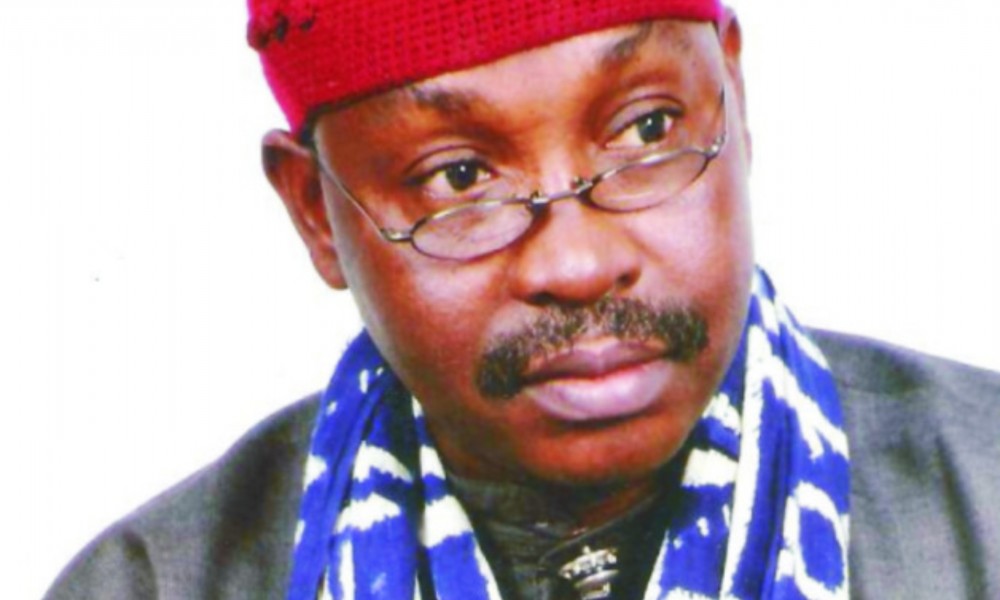 Apart from Mazi Kanu Oji, the former Eze Aro,  Mazi T.K Uchay, who designed the Omu Aro, there is hardly any other individual dead or alive that I know, who has made such historic impacts  in the advancement of  Aro culture and tradition  other than  the late singer, Mary Kanu.   These three Aro legends of blessed memory made tremendous impacts on Aro culture, tradition and core social values.  Several years after them, their works remain reference points from one generation to another.

I recall that the voice of Mary Kanu hit and ruled the air waves through radio stations nationwide between 1985 till the late 1990s. As a young broadcaster in Radio Nigeria, Enugu at that time, I used with pride, Mary Kanu’s Aro cultural music in my request programmes and other musical presentations based on listeners’ choice. My other colleagues equally did. I do also recall that it was one of us, the most popular prolific Igbo presenter among us, Jevas Chukwemezie that nicknamed Mary Kanu the golden voice on Igbo cultural music. Jevas Chukwuemezie, a huge fan and promoter of Aro brand of cultural music, sadly died in 1986 while in active service. If he was still alive today, he would no doubt be shocked that his brand is no longer on the shelf. Through Aro cultural music, Mary Kanu took Aro culture to the zenith in the mid-1980s & 1990s to the extent that Aro music was a common signature tune in most Igbo programmes.  Most radio and television stations in most parts of the country too. She sang her original brand of Odumgbede which experts in Aro music described as a creative blend of Ugbo-Ali and Ojojo. Her music, just like the leadership of Mazi Kanu Oji and T.K Uchay’s Omu Aro, brought honour and pride for Aros at home. It was a source of unity and a bidding force for Aros at home and in the Diaspora.  It was also difficult to measure the joy, the pride and confidence which Aro music brings to bear in any Aro gathering especially when it is produced, packaged and presented in its original form, tune and lyrics. Late Mary Kanu was such a phenomenal creative singer. However, in 2010 “The Man Died’’ as Wole Soyinka wrote in one of his classics.  And Aro music appeared to have died with her. The remains of Aro music since Mary Kanu have been in bits and pieces. Many villages in Aro, Nzuko Aro branches, including individuals and groups have worked quite hard to fill the vacuum with very minimal success. For example, the Okigbo cultural group, Abuja led by Mazi Sam Ogundu has been trying. But one of those groups that stand out is the Nnanyere Ugo cultural Group, Ugwuavor village Arochukwu. The Ugwuavor brand of Aro cultural music is quite close, very similar if not the same with Mary Kanu’s brand of Odumgbede. Those who have listened to the group would hardly disagree. The tunes from the group are original, pure, inviting, exciting and undiluted Odumgbede that invites irresistible dance steps.

Founded in September 1990, the Cultural Group has since those last 30 years “walked through the valleys and shadows of death” but have remained intact in spite of challenges. A 30-member group led by a resourceful creative young man, Mazi Okoronkwo Ngwu with lead vocalist Mazi Okwu Ngwu, confessed that some of the open challenges include frequent internal village squabbles outside the group, loss of talented members through village urban migration and marriages. The group has also lost very talented singers, dancers and drummers in some unfortunate situations such as death. For the Ugwuavor cultural group, “the downfall of a man was never the end of his life”. They have remained one, indivisible and intact.  But one major challenge that has frustrated the group from establishing itself as a worthy replacement of late Mary Kanu’s group is lack of modern digital musical equipment. As a result of their reliance on manual instruments, their voices and music are usually drowned, buried in major public events. In their own words, “nothing can be more frustrating than playing your best music on top of your voice in a major event and no one is hearing you”. This challenge was laid to rest recently when a comprehensive modern digital musical equipment was procured and presented to the group. Their excitement knew no bounds. The donation was done as a show of support and reward for their discipline, creativity, resilience and commitment to the promotion of Aro cultural music. The new equipment procured for the group include a pair of giant digital loud speakers, multi-channel audio mixer and  amplifier,  stationary, standing  and mobile digital microphones, allied accessories and consumables. With this equipment in their kit, Nnayere Ugo Cultural group Ugwuavor is now set, ready and willing to step into the big shoes left behind my Aro music legend Mary Kanu. This is also coming at a time of urgent need to address the unfortunate syndrome of playing non-Aro music at major Aro cultural events such as Ikeji festival,  traditional marriages, and other events.  If we cannot get the original let’s not settle for imitation.  The time has therefore come for Aro to look inwards and invest in the promotion of Aro cultural music. At a time when Aro influence in Igbo land is not only dwindling and being openly challenged, but additionally viewed  negatively, repulsively with false narratives, Aro cultural music will help us tell our own story beyond limits. In this regard the time for Nzuko Aro to establish a central Aro cultural group similar to the concept of a national troupe has come. The troupe will take the stage at major Aro events like Aro day and Eke Ekpe. The Aro main troupe can be formed from the best of the best, selected from villages. But until then, the Nnayere Ugo Cultural Troup is now fully equipped, energized and empowered to step into Mary Kanu’s shoes. Try and see. I invite us all to give them every chance and support to succeed in our efforts to revive a dying culture.

It was nothing short of divine intervention on Sunday, November 24, 2019, at Nzuko Aro Lagos branch meeting when Umu Aro heralded the presence of ...